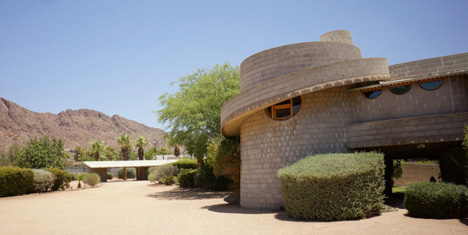 Photos via Save the Wright House unless otherwise noted.

The architecture and design community exhaled a collective sigh of relief earlier this week as an exceptional private residence narrowly escaped oblivion at the hands of a ruthless real estate developer—for the time being. The demolition of the house, designed by Frank Lloyd Wright for his son David, was pushed back a month at the eleventh hour by the City of Phoenix, which hopes to rectify a complex legal situation in a state known for its aggressive real estate development policies. This much is clear from critic Michael Kimmelman's clarion call to save the house in the Paper of Record. 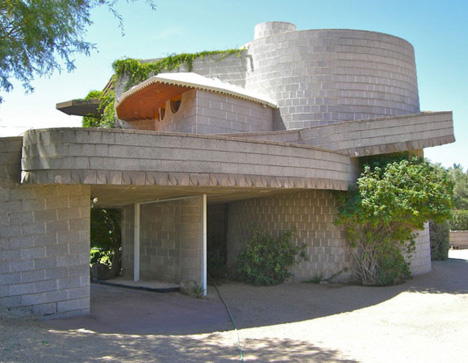 So too is Kimmelman's description of the house—which is distinguished by its spiral shape, like a certain concurrently-designed landmark on Manhattan's Museum Mile—rather more vivid than the video tour (after the jump). Indeed, the home has never been open to the public despite its proximity to the Frank Lloyd Wright Foundation, headquartered about a dozen miles away at Taliesin West. 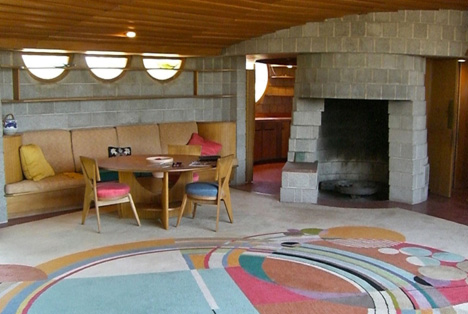 I'll defer to architectural historian and Harvard professor Neil Levine for a summary of the significance of the David Wright House:One of Frank Lloyd Wright's most innovative, unusual and personal works of architecture. Built in 1950–52, it is the only residence by the world-famous architect that is based on the circular spiral plan of the Guggenheim Museum in New York, whose construction followed it by six years. When the house was first published in 1953, it was stated that no other Wright house since Fallingwater was as praiseworthy and remarkable. Since then its reputation has only increased and several architectural historians and architecture critics consider it to be among the 20 most significant Wright buildings. The spatial design, the processional movement through the patio and along the spiral ramp, the custom-designed concrete-block detailing, and the total interior design all give this house a spectacular expression especially appropriate to the desert environment. 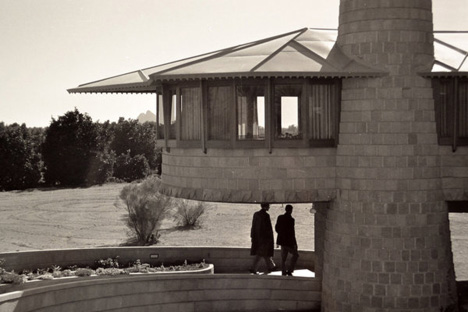 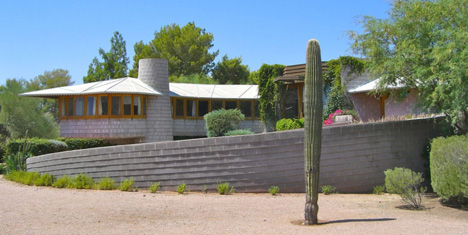 Architects and admirers alike rallied to defend the house following the publication of Kimmelman's article on Monday, but the story actually dates back to this summer, when 8081 Meridian acquired the 2.2-acre lot from a buyer who had promised the family that he would restore the historic home only to sell it this June. (David's wife Gladys outlived her spouse by a decade, leaving the house to their granddaughters when she passed away, at 104, in 2008.) The developer reportedly purchased the house for $1.8 million and are asking for $2.2m as they've turned down a recent offer of over $2 million for the David Wright House. This figure is only expected to rise over the course of the next month as the threat of impending destruction approaches once more. 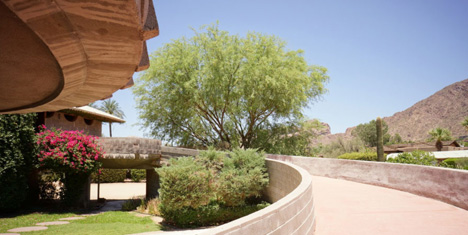 While the video is probably the closest that most of us will come to seeing the house in person, we certainly hope that it endures as a testament to the value of design in the face of unchecked greed. Sign the petition today—October 9 and November 7 are the next milestones towards attaining Landmark designation.

Via Hyperallergic; additional hat-tip to Prattle and Jaw