The Decline of the Car? Part 2: These Youngsters Ain't Interested 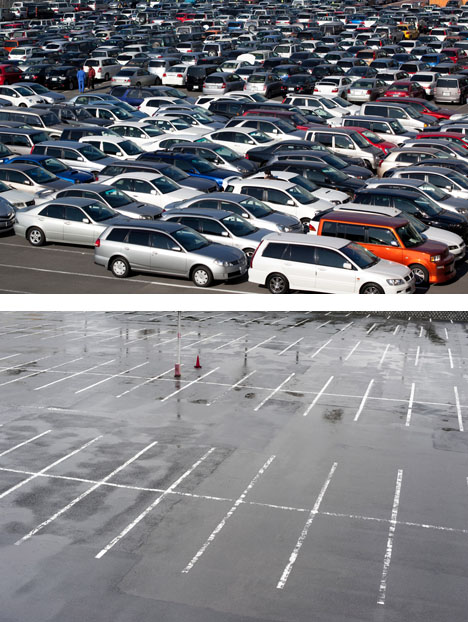 Within the broad range of professions that an industrial design education can lead to, automotive design is something like neurosurgery is to med students: Prestigious, aspirational, even glamorous. Is there any chance that will decline within our lifetime?

In the last entry we looked at how personal poverty in Italy is leading to declining car sales. But according to The Economist, wealthy countries do not have the opposite situation. "In the rich world," they write, "the car's previously inexorable rise is stalling." While there are still millions of Brazilians, Chinese and Indians keen to get their first set of wheels, other nations, say academics, may be reaching an automotive saturation point.

While that point can be debated, there is another fact that cannot: Right now rich economies are filled with older drivers, and in order to sustain that car-buying population, those economies need to keep producing younger drivers. And the past 24 months have seen a rash of articles from seemingly every major paper on how that younger-driver factory may be grinding down. Here's the buzz:The Wall Street Journal, "No McMansions for Millenials:"

"[The] estimated 80 million people [comprising] the category known as 'Gen Y'...want to walk everywhere... A whopping 88% want to be in an urban setting..."

"In 2009, the 16- to 34-year-old age group took 24-percent-more bike trips than in 2001, even as its population shrank by 2 percent. The same age group walked to more destinations in '09 than in '01, and the distance it traveled by public transit increased 40 percent.

"They also are more interested in saving the planet... though the economy remains the biggest factor. These young non-drivers are weaning themselves from cars, and won't necessarily rush to buy them when the job market improves."

The New York Times, "As Young Lose Interest in Cars, G.M. Turns to MTV for Help:"

"Today Facebook, Twitter and text messaging allow teenagers and 20-somethings to connect without wheels.... Forty-six percent of drivers aged 18 to 24 said they would choose Internet access over owning a car, according to the research firm Gartner.

"We have to face the growing reality that today young people don't seem to be as interested in cars as previous generations," [Toyota USA President Jim] Lentz said. "Many young people care more about buying the latest smart phone or gaming console than getting their driver's license."

Smart Planet, "Generation Y: Why are You Not on the Road?"

"In the UK...the high expense of using a personal vehicle has resulted in a shift of attitudes—it is now a luxury to own a car, rather than an expectation.

"...Gen-Y may be notorious for dodging events that were once seen as rites of passage, but it is not necessarily that they want to—it is that they have had to adapt to a different climate, and alter their expectations accordingly."

To answer our original question: We've witnessed plenty of automotive industry upheavals in our lifetime, and with world economies going the way they are, we'd have to guess the raw number of automotive design positions will shrink. That doesn't mean it will become any less prestigious, of course, as there will always be people who love cars. But it probably does mean that an already-difficult-to-get career in automotive design is going to get a lot more competitive.

The Decline of the Car? Part 2: These Youngsters Ain't Interested