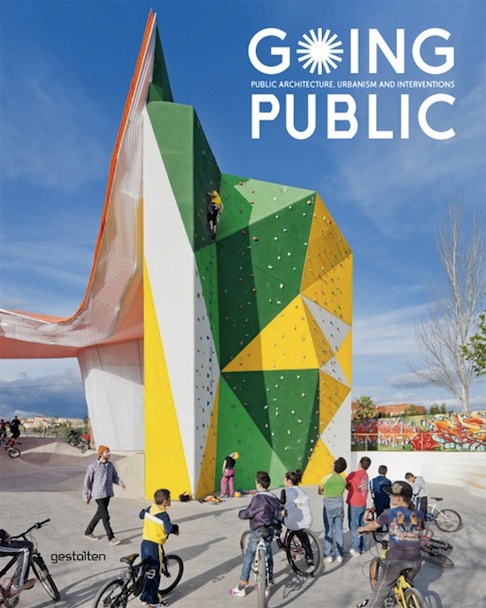 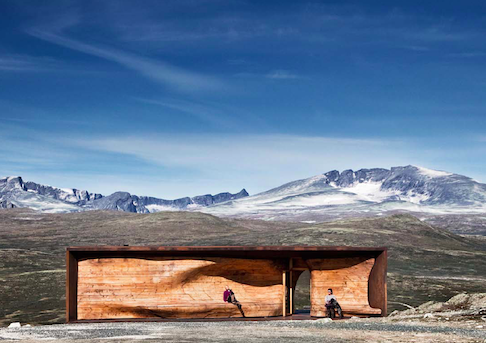 Urbanism—the omnipresent buzz word that encompasses every aspect of our lives affected by the space crunch that grows along with the global population—is on the tip of everyone's tongues these days, from developers and city officials to architects and designers. And as we've heard a hundred times before, the need for undeveloped, natural outdoor space will only increase with the number of people streaming into cities. This has resulted in frustrations for cramped city dwellers, but it's also pushed cities to become more creative with their use of public space. In Going Public, Gestalten's latest publication, editors Robert Klante, Sven Ehmann, Sofia Borges, Mathias Huber, and Lukas Feireiss selected the most innovative and exciting uses of public space from around the world, from dense city centers to forgotten freeway underpasses to distant forests and fjords.

In the last five years, urban planners have moved well beyond traditional notions of public space. New outdoor environments are less focused on plopping a nice piece of sculpture in a plaza and more about creating "flexible frameworks for social, political, and cultural change...[with] a common thread in their affirmative endeavor to transform abstract spaces to concrete place." This involves "activating" spaces to "add value of experience and meaning." In his preface, Feireiss notes that this have become a much more collaborative effort than in the past, and signs off with a quotes from activist Jane Jacobs' seminal 1961 book The Death and Life of Great American Cities that still resonates today. "Cities," she said, "have the capability of providing something for everybody, only because, and only when they are created by everybody."

The book is divided into six chapters, Gimme Shelter: Public Architecture As Place-Maker, Constant Gardener: Green Space In the City, Walk With Me: Modes of Spatial Mobilization, Benchmarks: Accommodating the Cityscape, Between A Rock and A Hard Place: Architectures of Intermediate Status, and Why Don't We Do It In The Road?: New Forms of Engagement In the City. Here's a look at some of the best projects from each chapter.

Gimme Shelter This is the meatiest chapter and includes everything from Luminous Field's ten day-long digital light show projected on Anish Kapoor's famous Cloud Gate sculpture (aka the giant mirrored bean) in Millennium Park, Chicago, earlier this year. It's shown alongside several other installations with swooping, globular forms, but whether they're smooth and bean-like or rigid and made from wood, built in city plazas or in remote locations, these structures either provide visitors with shelter or a new vantage point from which to experience the landscape, or both. 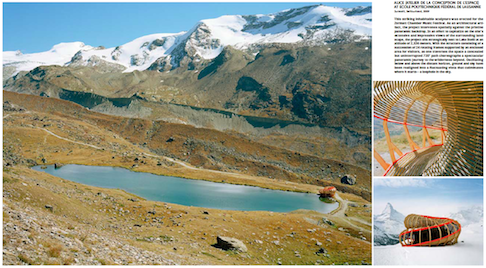 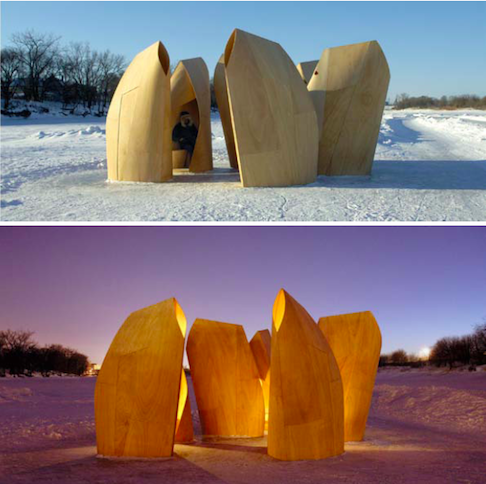 Constant Gardener "The Garden That Climbs The Stairs," that Balmori Associates designed in 2009 for a long, wide staircase in Bilbao, Spain (below) is a simple but exciting way to show landscape architecture as an active—not decorative—part of outdoor space. When viewed from overhead the copper planter looks like some kind of prehistoric bird flying up the stairs. 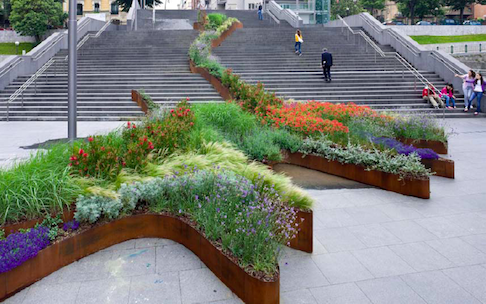 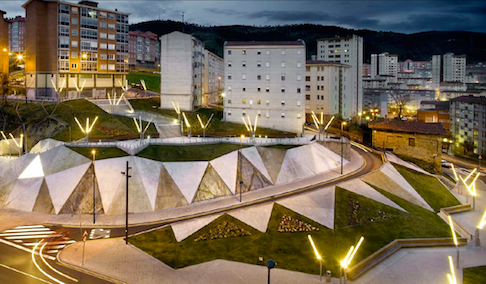 Walk With Me Increased public mobility is an obvious way to activate passive spaces in our built environment, yet many cities are just now realizing the potential of previously unconsidered venues for public engagement, like sidewalks, street crossings, beach fronts, waterways, and wide open grassy spaces in parks. 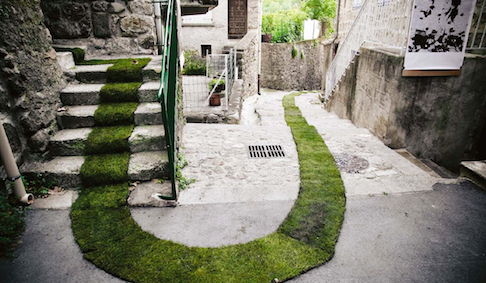 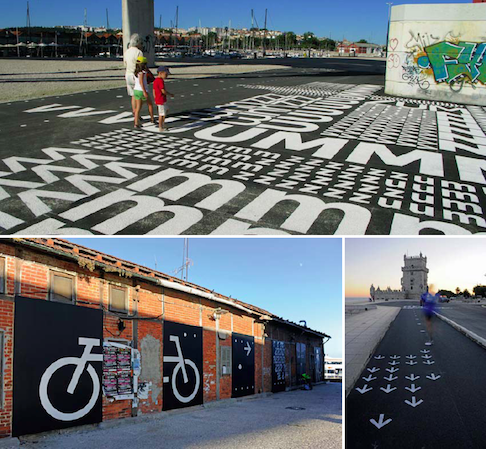 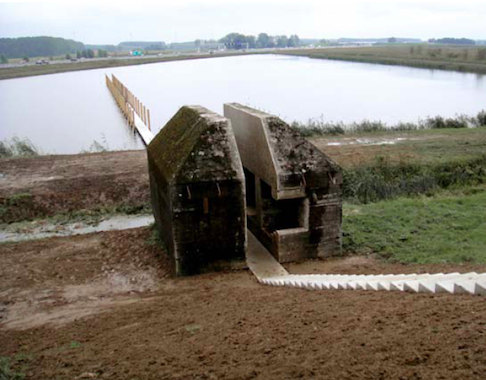 Bunker 599, by Atelier de Lyon & Rietveld Landscape in The Netherlands, 2010 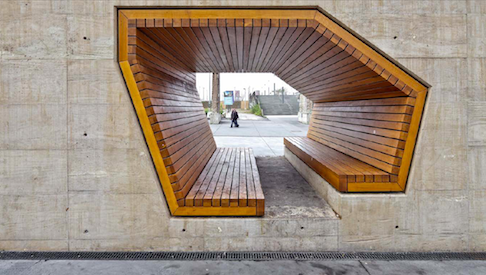 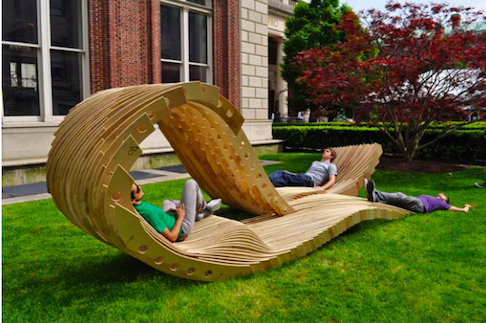 Between A Rock and A Hard Place This short but fascinating chapter focuses on projects that reimagine "doomed" spaces like motorways, underpasses and other random 'non-places' and heretofore unusable gaps created between larger structures. 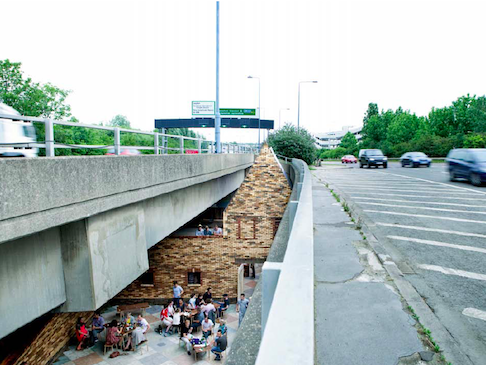 Folly For A Flyover, by Assemble in London, 2011 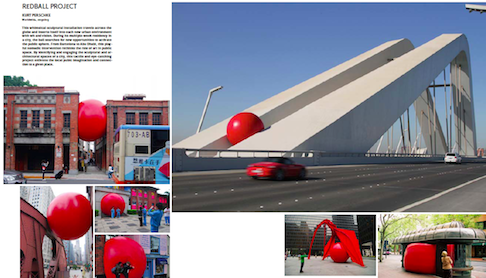 Why Don't We Do It In The Road? This last chapter is more or less a catch-all for projects that still bridge the "disconnect between designers and users" as well as urban planners, developers, and government officials [with] intelligent and innovative appropriation and creation of spaces," but they're more difficult to put a label on. These include community projects like urban kitchens, outdoor learning labs and public water features. 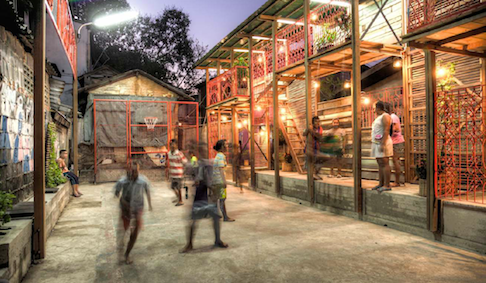 Going Public is available from Gestalten for $69.95.