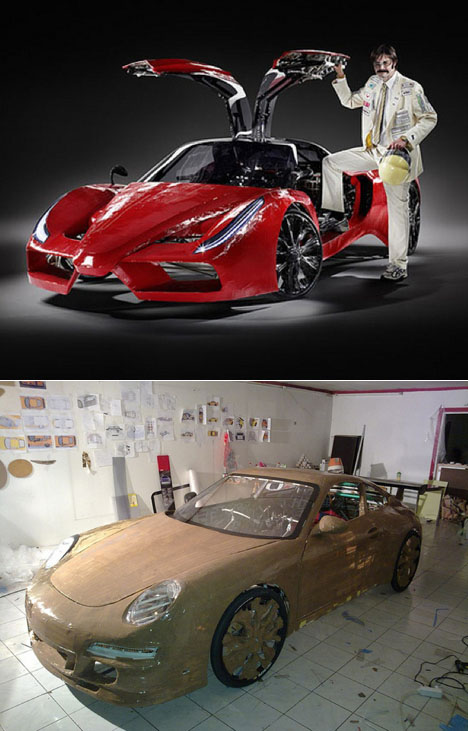 You may recognize the name Johannes Langeder; he's the Austrian artist who created a surprisingly faithful replica of a Porsche, and later a Ferrari, over a bicycle-powered frame. Top Gear viewers may remember Richard Hammond taking Langeder's "World's Slowest Porsche" for a spin around the track, and a video of the "Fahrradi Farfalla FFX" Ferrari knock-off swiftly racked up a million views on YouTube earlier this year.

While both cars received plenty of beauty-shot publicity showing their finished forms, what you may not have seen is how they were constructed. Langeder's loaded up his Flickr with construction shots of both the Porsche and the "Fahrradi," revealing how he solved the basic problem of creating a full-sized automobile form light enough to power with pedals. The frames were constructed of plastic tubing connected with lightweight packing tape: 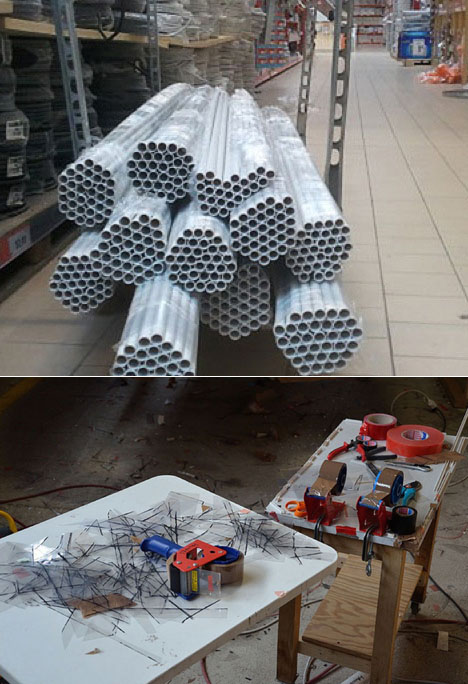 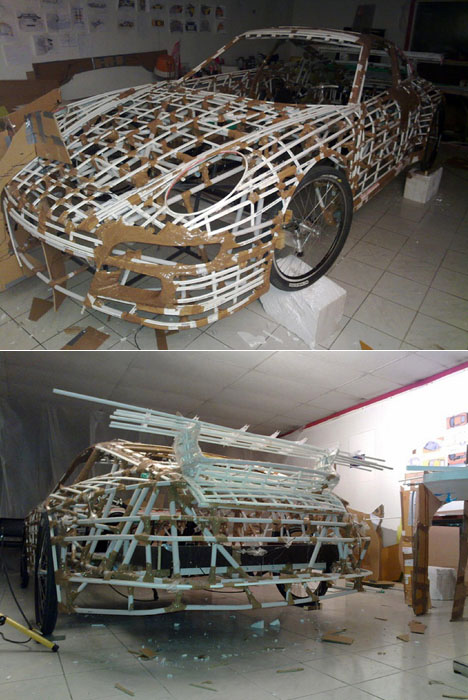 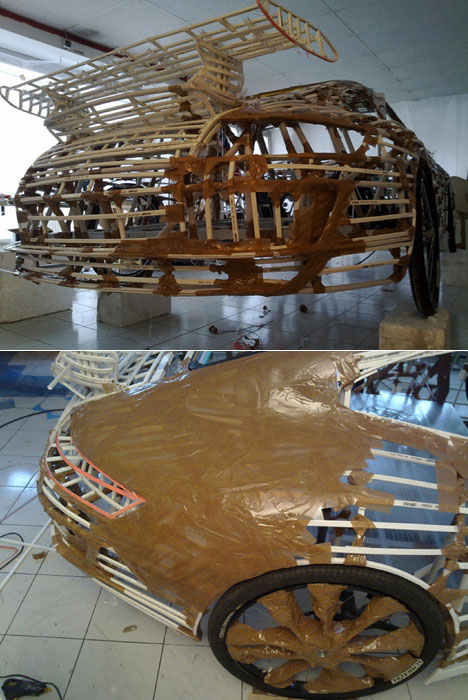 Achieving the fidelity of form required both artistry and technical skillz. Langeder's obviously been born with or cultivated the former; as for the latter, he employed the same design trick we learned in Furniture Design or Automotive Design class of taking cross-sections of the model, then scaling them up. 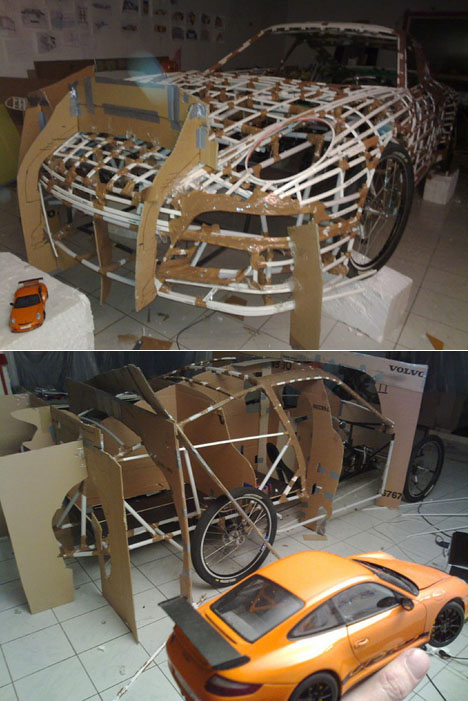 The complicated nose end of the Ferrari looks like it got pretty gnarly. 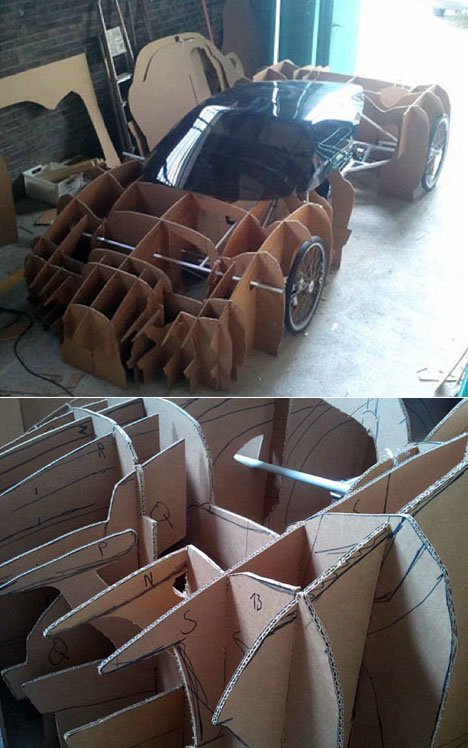 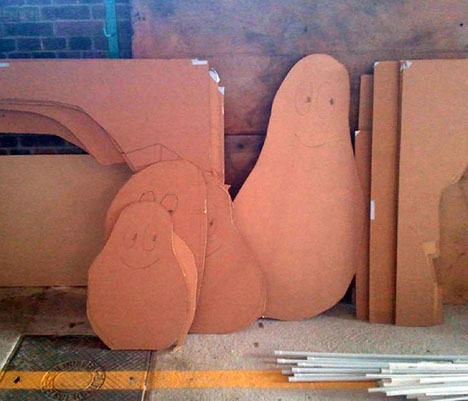 It's a testament to both Langeder and the Ferrari's original designers' skills that you can see so much "flow" even when the form is rendered in plastic tubing.

A sign from Langeder's shop has us scratching our heads. A little help from our German-speaking readership, please: "Take your time and do not live"? I assume we're mis-translating "Leben?"