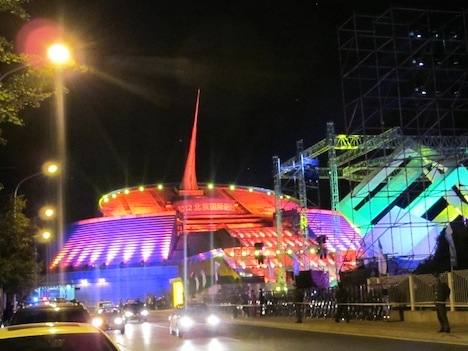 Having lived in Qingdao for a few months now, it has been interesting to observe and reflect on the differences in working cultures between the West and China. Watching the opening ceremony of this year's Olympic Games in particular led me to think about what these inaugural showpieces say about the host nations.

The London 2012 ceremony was quintessentially British: ingenious, rambling and bursting at the seams with creativity. Four years earlier, the opening ceremony of the Beijing Olympic Games was a beautiful and expansive showcase of impeccable timing, precision and immaculately orchestrated entertainment. Its sheer scale and splendour were unprecedented, even for an Olympic event. As one commentator pointed out, the Beijing ceremony was both 'awe-inspiring and perhaps a little intimidating'.

Interestingly, what I have been able to observe over recent months is that the scale and grandeur demonstrated in Beijing 2008 was just one example—albeit the biggest —of the way in which the Chinese use pomp to ensure an event gets underway with the most successful start possible.

I had another opportunity to witness this on a recent trip to the opening of an industrial design expo in a city near Shanghai. Having arrived early for an 8:30am start, I was somewhat taken aback to see over 3,000 people arrive en masse to listen to senior local dignitaries rhapsodize about the importance of the expo for the town's future, and convey how proud they were to be a part of it. After perhaps an hour of speeches, the theme from The Magnificent Seven rung out and an enormous explosion of fireworks lit up the sky. Following the display, everyone—including the politicians—promptly left the event on chartered coaches. Show over. Having never seen anything like this in Europe, I turned to my guide and asked if that was typical. 'Of course!' she eagerly replied, seemingly confused by my question. As I become more accustomed to Chinese working culture, I am realising that a good show in China is an impressive show. The grandeur of the 2008 ceremony was not an anomaly. It was very much in line with the Chinese inclination for creating a buzz about a new launch, or a new product, through impressive crowd-pleasing productions. It reflects the importance of—and respect for—ceremony. This is something that we no longer have in Western culture. Our postmodern rejection of the establishment saw to that. But perhaps we should learn from the Chinese, and regain a sense of respect for ceremony and what it represents.

The practice of Chinese opening ceremonies is also interesting because it is suggestive of a culture that reveres the concept of magnitude far more than in the West. But then again, China is a country of such enormous scope and scale, and economic and social complexity, that it basically defies ordinary comprehension. What does a population of 1,347,350,000 look like? Exactly how big is 9,706,961 sq miles of land? Is GDP growth of 316% in the last 7 years even possible?

But therein lies my excitement at having the opportunity to be part of this developing industry. I frequently encounter people, projects, ideas and ventures which take my breath away, and they always make me think of China's huge ambitions in the global marketplace. The prospect of what lies ahead, as the Chinese business community increases its understanding and appreciation for design, is thrilling.

Last week was the second annual Beijing Design Week. The first installment of the fair took place last year and was a great success. This year promises to be even better, as BJDW's outgoing director Aric Chen wants to go out with a bang as he prepares to move to M+, the new design museum in Hong Kong, where he will be building an entire collection from scratch ahead of the museum's opening in 2017.

Armed with my new-found understanding of Chinese launches and opening ceremonies, and a great interest in the emerging Chinese design industry, I cannot wait to see what the week has in store. [Editor's Note: See Core77's Editorial Coverage of Beijing Design Week and more here!]