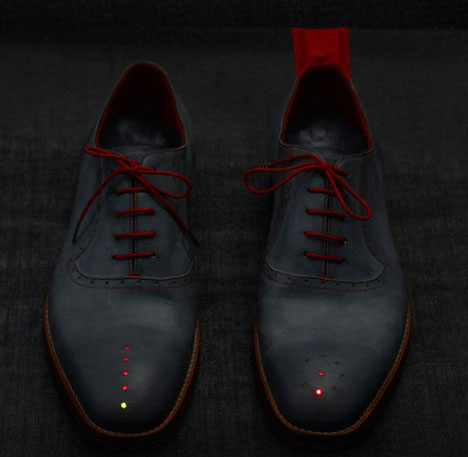 In the beginning of Yojimbo, Toshiro Mifune's ronin character stands in the wilderness and throws a stick in the air. After it lands, he carefully aligns his feet alongside the stick for several steps, and then he's off for an adventure in the direction the stick was randomly pointing.

What if you've got someplace less random to go? London-based artist Dominic Wilcox's "No Place Like Home" shoes can provide some direction. We've seen GPS-embedded footwear before, made for the purpose of tracking an athlete's progress, but Wilcox has designed his for wayfinding. 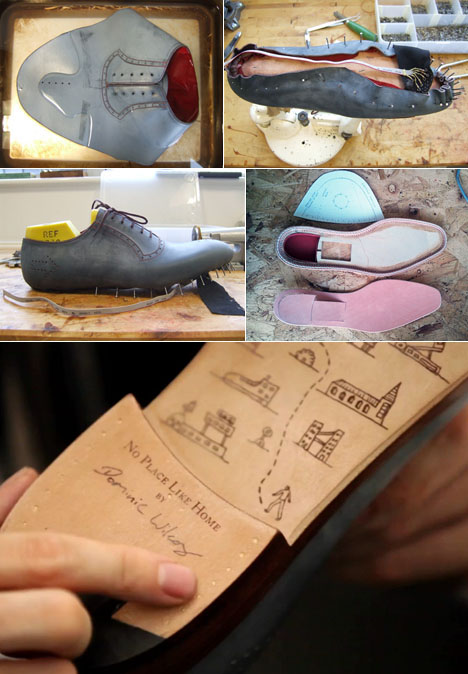 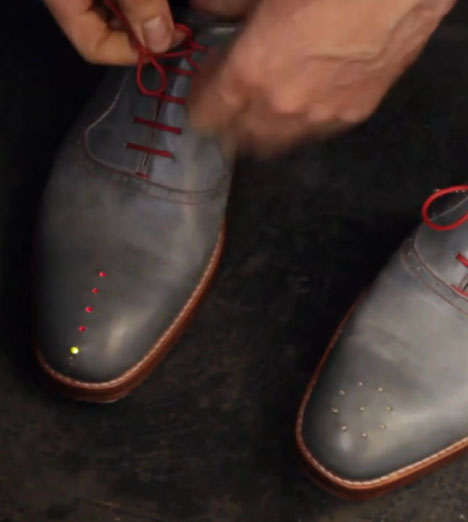 After punching in a map destination on your computer and uploading it to the shoes, you click the heels together (nice touch) to activate the GPS link. Then a series of LEDs atop the shoes indicate distance (by illuminating points along a straight line) and the direction you should be traveling in (by lighting up one dot on the perimeter of a circle).

No Place Like Home from Dominic Wilcox on Vimeo.

While the shoes work as advertised, they're not production models; Wilcox designed them as one-offs under commission for the Global Footprint project, a series of events to publicize and celebrate the UK's Northamptonshire-based footwear industry.