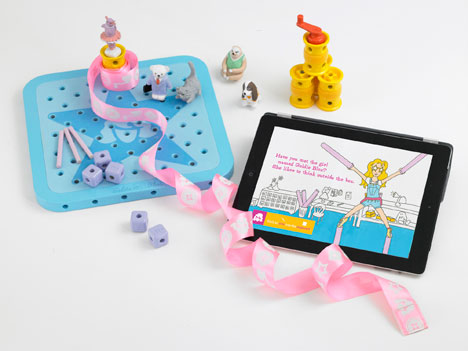 This week saw the emergence of the first International UN Day of the Girl Child, which is intended to promote the empowerment of young girls around the world. One obvious way to do this is to encourage their access to education. Because of this, we thought it was only fitting to celebrate the development of a toy that is meant to promote the education of girls and more specifically, their learning in science and math.

Debbie Sterling was discouraged by the stereotypes that suggested that boys should play with Bob the Builder while girls were left to dress up Barbie. With 89% of male engineers in her program at Stanford, it was obvious that there was a gender gap in the field. But more notably, Sterling was aware that there was a significant gap in the formative space of play. Because of this, she was motivated to spend a year of research with over 100 children in order to develop GoldieBlox: a construction toy for girls. 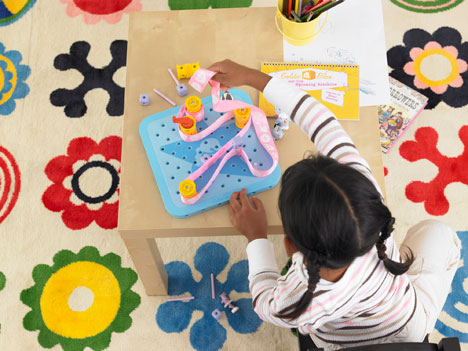 "My goal in starting GoldieBlox is to give girls a positive female engineer role model to show them that they too, belong in the field of engineering. After all, engineers are building the technologies and devices that make our world a better place. The sad reality is that only 11% of engineers in the US are women. It's about time we inspire our girls to help build the future too."

GoldieBlox has just launched its interactive book and construction toy series that combines storytelling and building in a novel approach to encourage girls to play with construction toys.

The book and toy series stars "Goldie Blox," the girl engineer character who builds simple machines to solve problems and help her friends. It introduces new engineering principles with each story, including lessons around wheels and axles, pulleys, force and friction.

The first book and toy in the series, "Goldie Blox and the Spinning Machine", is perfect for ages 5-9 and retails for $30. The expected delivery date is February 2013.

Since GoldieBlox met its original Kickstarter targets, Sterling has expanded the campaign to include two additional stories and characters.

To support the growth of GoldieBlox and inspire the next generation of female engineers, you can check out their campaign that closes on October 18.

Kara works as a Senior Design Researcher at frog in Munich, Germany. Prior to this, she pursued her Master's degree in Design at Emily Carr University, where she focused her research on cross-cultural design process. Her graduate work in Rwanda has been included as a case study in IDEO's Human-Centered Design Toolkit.

She remains passionate about exploring design with rural communities and emerging markets.