The Plan Desk, by London-based industrial designer James Tattersall, provides something most desks don't: A super-large drawer, nearly the width of the entire desk, capable of holding A1-sized prints. (That's roughly equivalent to the 22x34-inch size for us Yanks.)

The desk is designed to sit on trestles on either side, meaning you could conceivably swap them out with sawhorses or stands of your own; to get around the lack of side support for the two smaller drawers, Tattersall has them hanging directly from the larger drawer above. 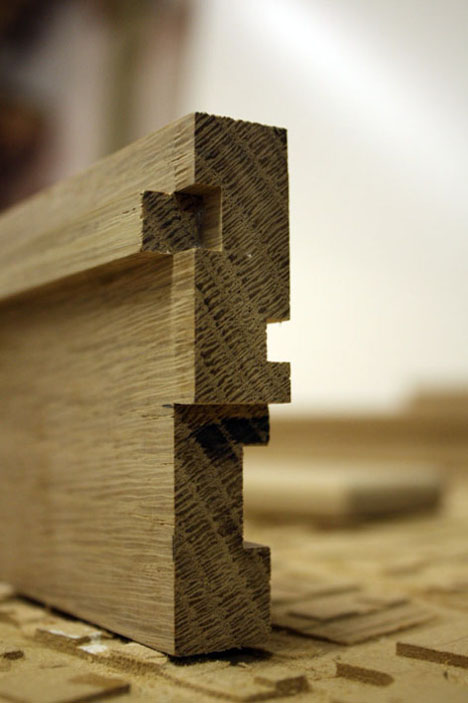 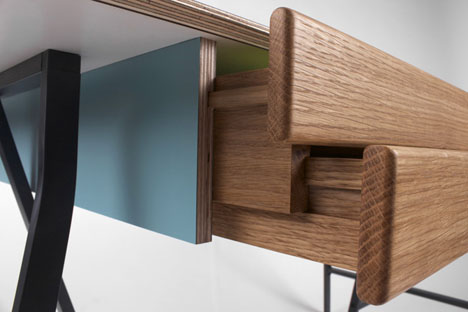 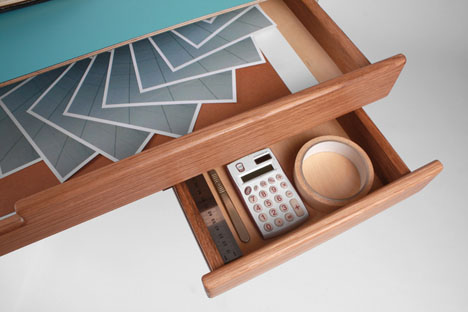 Tattersall, who has a background in cabinetmaking, has s Tumblr that provides some neat (if sparing) shop shots where you can see the Plan Desk in various states of construction. 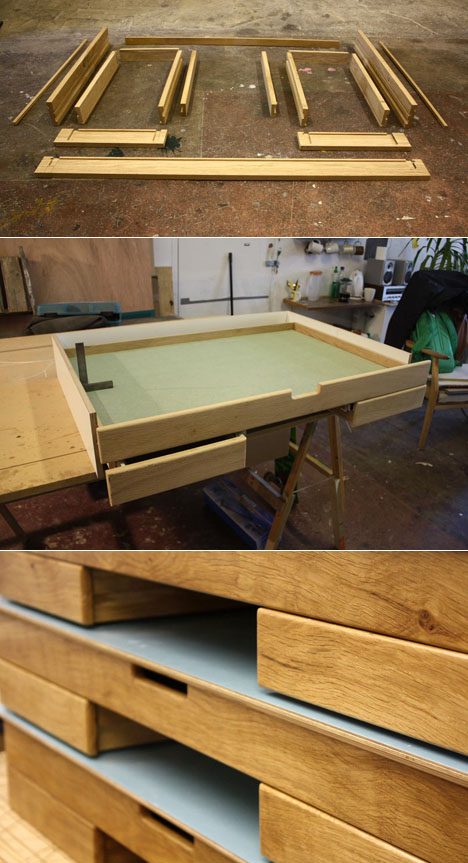 He also shows other projects he's working on, including one experiment we hope he hasn't given up on: He's been toying with the idea of a bench whose support surface is reclaimed computer cables. 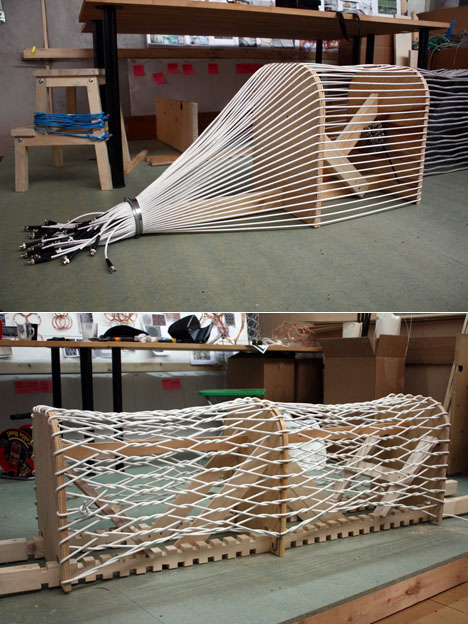 You can see more of Tattersall's work here. For those into skateboards, he's also engaged in a side project with printmaker Katy Goutefangea, Six & Eight Boards.