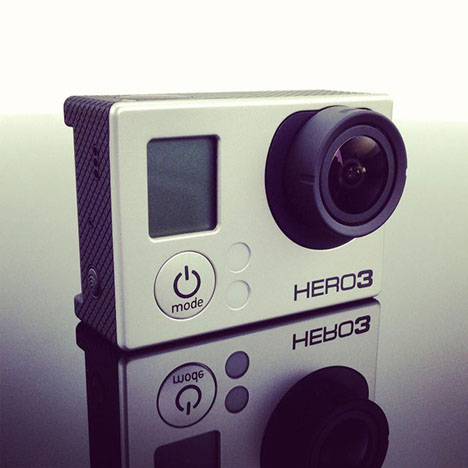 They're calling it "The world's most versatile camera," and it's hard to disagree. At midnight yesterday/today GoPro began selling their new model, the Hero3.

"No expense was spared during its development," the company writes. Sadly they don't elaborate on what that development entailed, as I'm sure more than a few designers and engineers are curious. I don't know what kind of black magic they've got going on in their labs, but the thing is 30% smaller than the previous model and weighs just 2.6 freaking ounces. Then there are the tech stats:

If the numbers don't dazzle you, the footage probably will. The best part of a new GoPro release is that we get a new video of people doing crazy ish in some of the most beautiful places on Earth:

Eating lunch at my desk just got worse. Much, much worse.