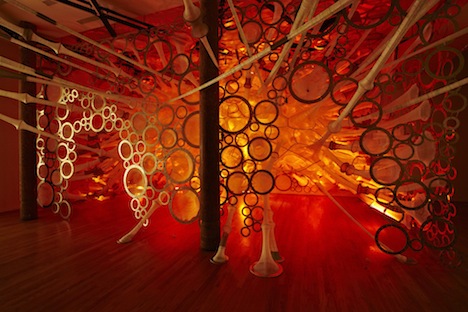 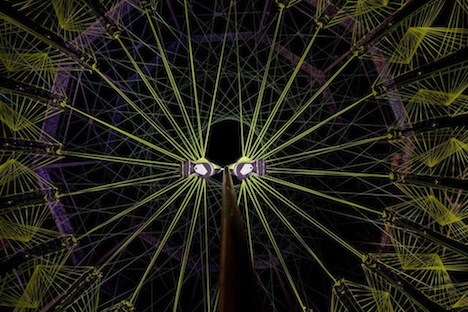 Coming off the success of their Flyknit collection, Nike has launched the Nike Flyknit Collective: an architectural initiative challenging a curated group of designers, artists and architects to create installations based on the core features of the collection—performance, lightness, formfitting and sustainability.

We had an opportunity to see 2 of the installations in person over the past few weeks and although the installations were quite different, it was interesting to follow the path of practitioners separated by geography and disciplines as they explored the way that yarn can be employed to create engaging structural experiences. 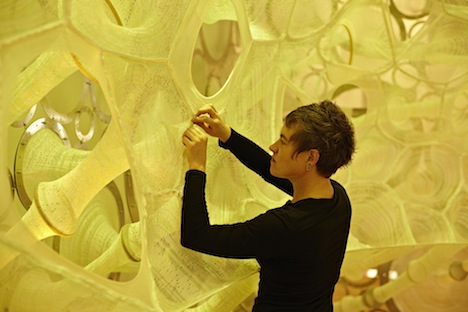 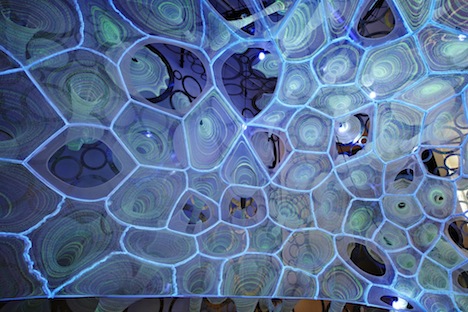 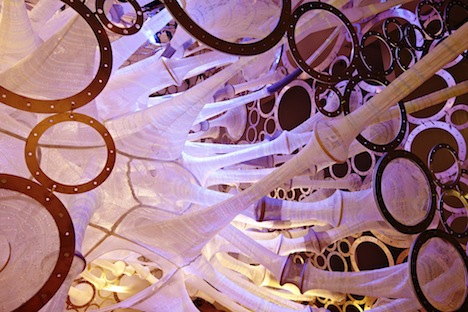 In an early workshop, Sabin worked with a group of New York-based runners to generate and collect biometric data. The patterns that were developed from the data of each runner was then transformed into the geometry and material of a knit structure. With an interest in craft, Sabin worked with the runners to hand-knit a small prototype. Later, the surface patterns were generated through industrial looms. 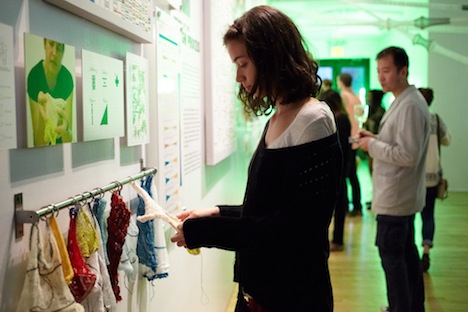 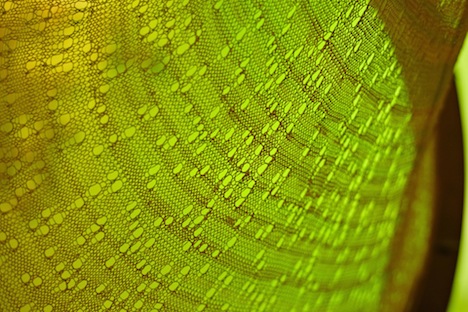 Each knit pattern is based on the biometric data of an individual runner.

The myThread pavilion joins the dynamic data from each runner into a beautiful structure composed of a steel outer structure and a soft inner structure of thread—adaptive knitted, solar active, reflective photo luminescent threads. The textile elements absorb, collect and deliver light as the materials react to the presence of people. 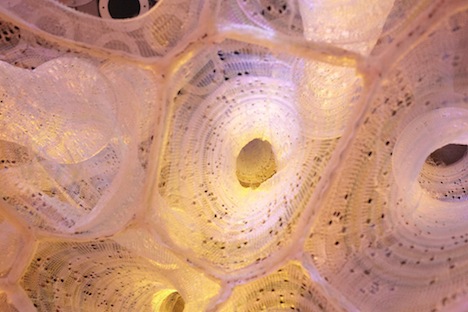 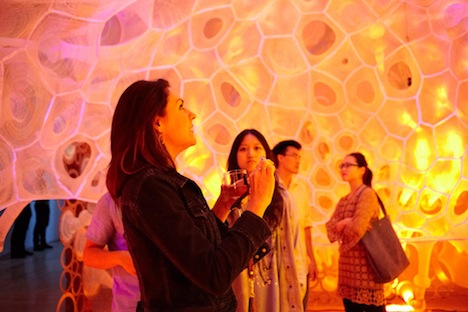 On the other side of the world, Taipei-based architect Arthur Huang (MINIWIZ) focused on the sustainability story of Flyknit with his Feather pavilion. Employing the "Polli-Brick", a 100% recycled PET brick innovation introduced in 2009, as the anchor of the structure, Huang created a kinetic installation connecting a scaffolding of cable to a spring-loaded platform. As visitors stepped into the center of the space, their motion would trigger the woven "ceiling" to react. 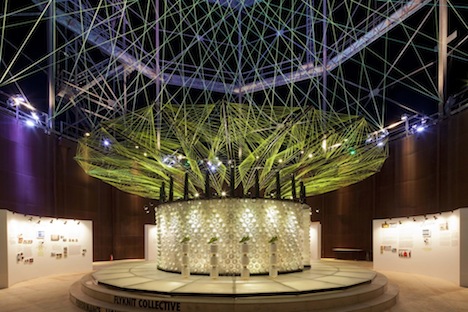 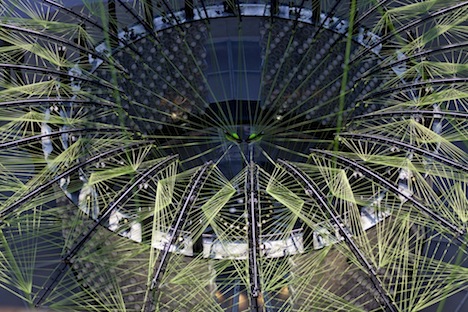 The modular installation debuted in Shanghai during Nike's Festival of Sport in August and then traveled to Beijing for their Design Week. In Beijing, it was installed inside the scaffolding of a former storage tank in the industrial 751D design district. Huang conceived of the project to be mobile, "a personalized journey for visitors...capable of being the centerpiece of a stadium or larger exhibition space." 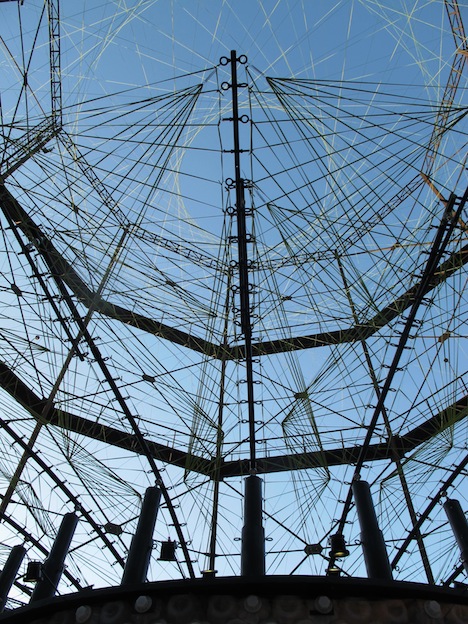 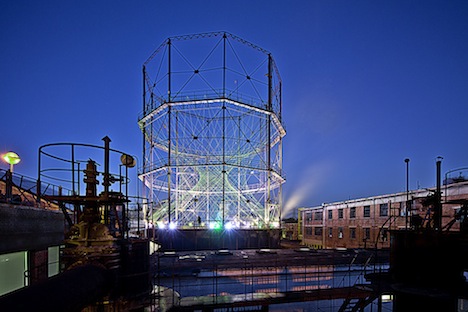 The Nike Flyknit Collective installations can be experienced globally with London, Shanghai, Rio de Janeiro and New York City currently on view. Lot-Ek will be installing their work in Milan and Tokyo in the coming weeks.