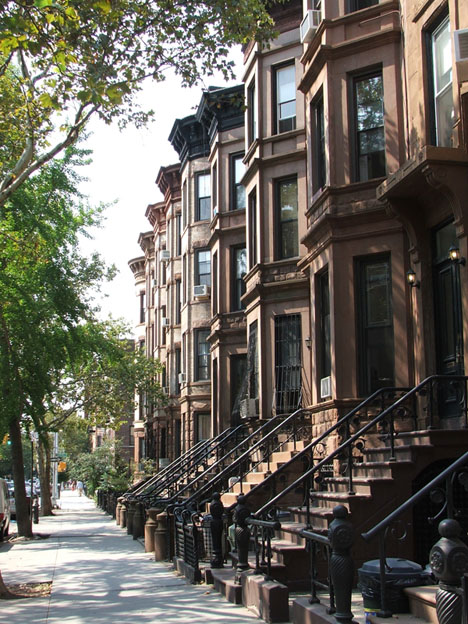 In the early 1800s most buildings in New York City were made of brick or wood. But sometime in the 1830s the economy started to bustle, enabling people to earn a little more scratch, and this emerging middle class wanted a classier-looking domicile.

Architects of the era kept building with brick, but sought a more refined-looking material to skin the buildings in. They found it in brownstone, a brown-colored sandstone located at relatively nearby quarries in Hummelstown, Pennsylvania and Portland, Connecticut. The Portland Brownstone Quarries had the added benefit of being located on the Connecticut River, which dumped directly into the Long Island Sound and was thus a fairly quick boat ride to building-hungry NYC.

Brownstone was relatively affordable, aesthetically pleasing (at least to our eyes; Edith Wharton reportedly found it an eyesore), and best of all, easy to carve. Manhattan and Brooklyn became dotted with the earth-colored townhouses. 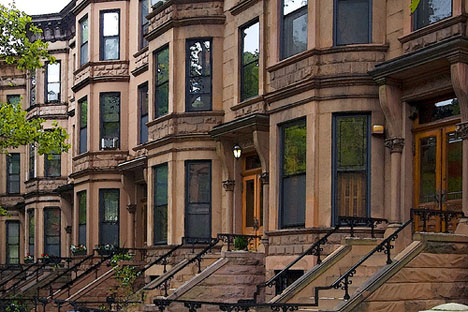 The Hummelstown Quarry shut down in 1929, victim to declining demand and the looming disaster that would become the Great Depression. The larger Portland quarry soldiered on until the 1940s, when a major flood knocked them out of business. Parts of it are still filled, to this day, with the water from that flood.Fifty years later, in the mid '90s, a geologist named Mike Meehan re-opened a non-flooded portion of the Portland quarry. For those restoring NYC brownstones, having the material from Portland is the only way to go. If it's good enough for Cooper Union, it's good enough for you.

Sadly, the Times reports that Meehan has finally, after nearly twenty years, mined the last of the remaining accessible brownstone. Once again the facility will shutter, perhaps this time for good; although the Portland brownstone commands high prices on the market, to excavate the rest of it isn't commercially viable. There are still other places in the world with brownstone quarries (just like there are other cities that make bagels, if you can call them that) but as the Times points out, "stone fabricators and materials experts say that there is really nothing quite like the stone that comes from Portland."

The last of Meehan's mined stock will be depleted by the end of the month. On October 31st, American children will dress up in costumes as they have and will continue to do for years. But for a generation of brick buildings masquerading as something far classier, it will be the end of an era.