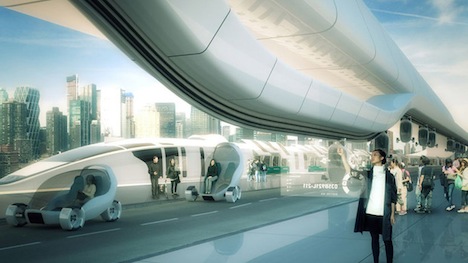 Whether you were aware of it or not, if you live in Boston, NYC, Philadelphia, Baltimore or Washington D.C. you officially reside in Boswash territory, a 400 mile swath home to more than 53 million people. If you commute between any of those cities then you're especially aware of the Boswash problem, namely the poorly developed transportation connections between the five cities. While each city may offer great public transportation on their own, so far there's no easy way to travel between them apart from buses and trains. 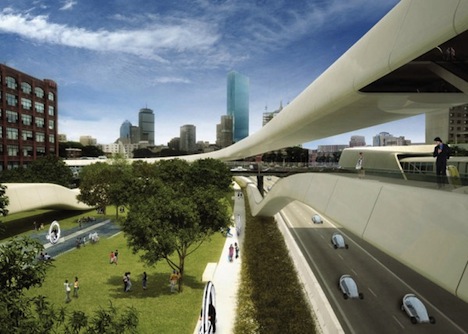 Boston-based Höweler + Yoon answered this year's Audi Urban Future Initiative with an ambitious proposal that would reimagine "the highway as a "Shareway" that unifies the 1-95 corridor between Boston and Washington D.C. into a megaregion called Boswash" by 2030. Their Boswash Shareway, which just won the Audi Urban Future Award as well as €100,000 (about $130k), would expand upon each city's existing modes of transportation and create a throughway to accommodate them all, meaning commuter trains, freight trains and cars would ride side by side with bikes and pedestrians along a multilevel track. 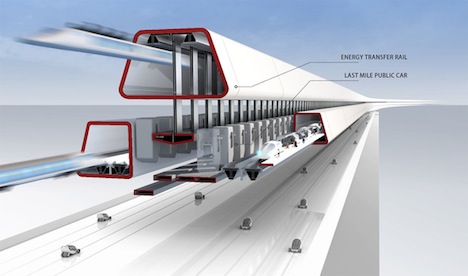 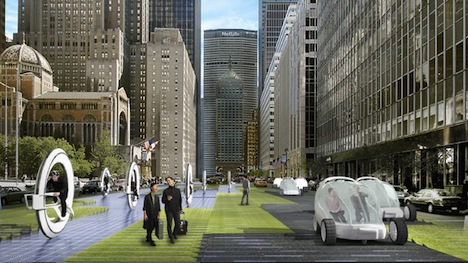 The full plan includes Shareway cars that would be available for rent, with options to choose the type of ride experience you want based on your activity—business, personal, leisurely or long distance. The plan also includes a Jetsons-esque "Superhub" located in Newark, NJ, as well as travel housing you can book through social media and futuristic renderings of bikes we would love to ride now but might look a little dated by 2030—or maybe not. We'd happily cruise to work in George Jetson's 1962 hovercraft/car any day.