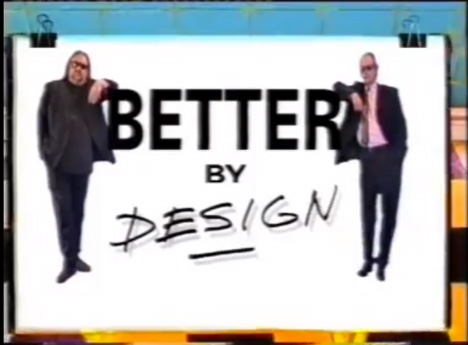 Earlier this week, forum member phil_ posted a discussion called "Better by Design," referring to a UK television show from the turn of the millenium, writing that "I'm sure most of you have seen at least one of the episodes from this series aired on channel 4, 12 years ago now!" I was around 12yo at the time and it clearly had some impact on me! So basically I've been searching for the rest of the episodes the past few days... does anyone on here have access or links to the series, it would be greatly appreciated!

Ross McS responded with a link to a atantalizing list of the nine episodes that aired over the course of two short seasons in 1998 and 2000, as well as a short description of the program:Better by Design presents a uniquely revealing insight into the design process as Richard Seymour and Dick Powell take on nine 'design challenges' to improve everyday products—from the kitchen bin and burglar alarm to the shopping trolley and razor. Produced by leading independent production company, TV6, the programmes reflect Seymour Powell's determination to change manufacturers' perceptions of design from a 'bolt on' after the product has been engineered to an integral part of the process and to improve the design standards of the things we use every day. 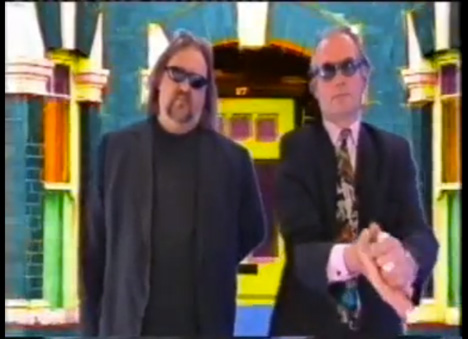 Thankfully, Sanjy009 dug up a couple episodes on that massive trove of digitized moving-image treasures known as YouTube—if you've got a few 25-minute blocks to spare this weekend, we recommend watching Seymour and Powell tackle the shopping cart and razorblade.

Hit the jump for the other one:

Opening sequence notwithstanding, the show has aged reasonably well, as have Seymour and Powell themselves: see them in more recent videos here and here.