Whether you're a global corporation or a Bond villain, a good way to convey to shareholders—or enemy spies you're lecturing—that you intend to take over the world, is to have a metal representation of it in your headquarters.

Fair enough, you say, but on what page of the Staples catalog do Dr. Evil & Co. find these things? They don't. They contact Matt Binns, the British designer/fabricator who founded Giant Globes Inc. Binns' Chicago-based outfit produces aluminum representations of Earth ranging from three to ten feet in diameter, as well as flat, wall-mounted varieties up to ten feet wide. 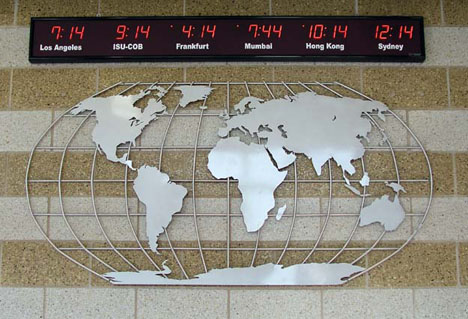 The globes can be custom-ordered with built-in motors to rotate them, so you don't have to stroll around to the back while explaining your plans to 007. And they're naturally corrosion-resistant, which comes in handy if you want to place them outside (or for when Bond eventually gets out of his handcuffs and causes an explosion in the compound, triggering the sprinklers and/or blowing the roof open).

Fabricating these things isn't easy, and takes a team of craftspeople about two weeks per, depending. But Binns, who refers to himself as a "Creative Generalist" and has a background in everything from furniture design to special effects work to our fave, building and running a beach bar on the Gulf of Thailand for two years, figured it out: 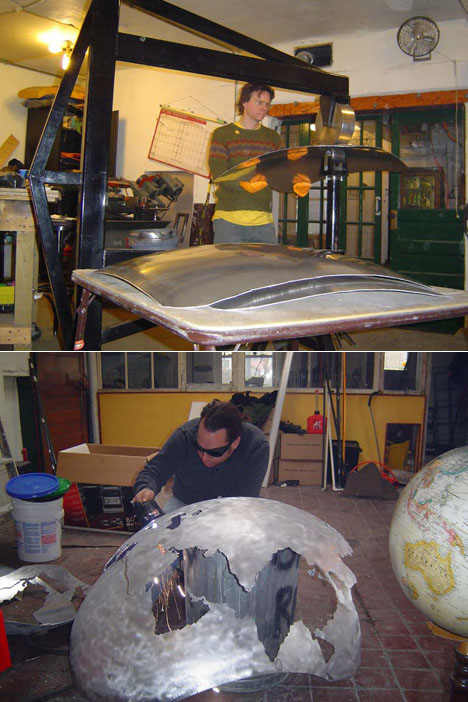 We have been perfecting methods of bending sheet aluminum for the past seven years, using techniques from the 19th century as well as from modern metallurgy. As there was no way to use existing mapping software to create continents that would give the correct shape when bent into a smooth compound curve, we made our own. The Binns Projection (sorry we can't show you, it's a trade secret) is the world's only truly representative projection, in that it actually does accurately represent the continent's size and shape when bent around a globe. That said, our globes are not intended for navigational purposes! 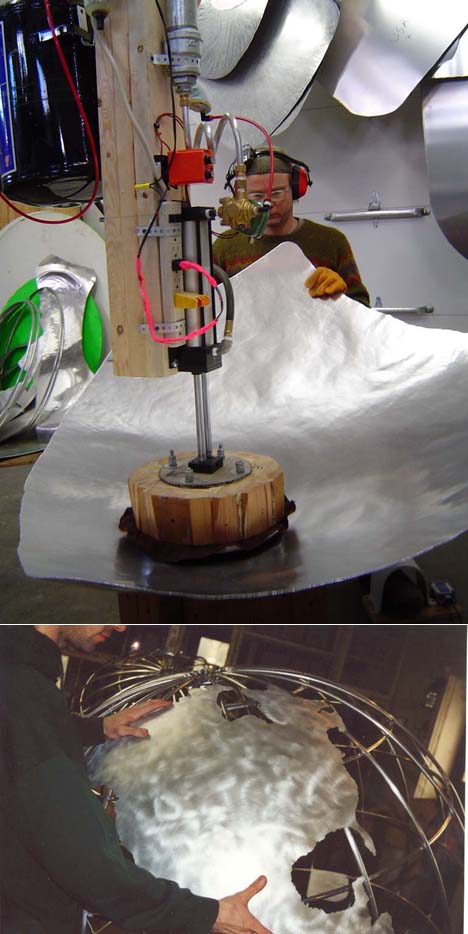 Using only the highest quality aluminum alloys (3003 for the continents and 6061-T6 for the meridians) we bend all the continents and latitude and longitude lines ourselves, weld, file and polish until our fingers bleed, then do it all again. 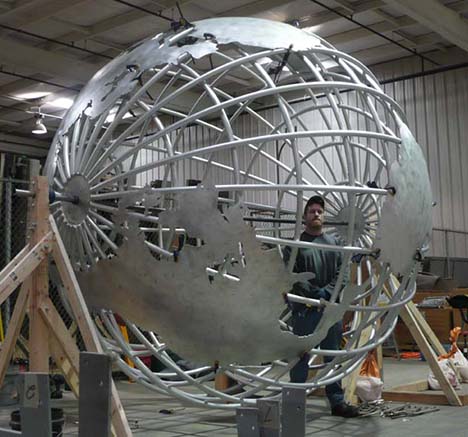 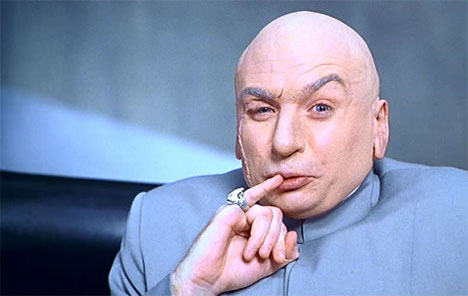 "Binns was also able to accommodate my custom requests!
Would def. work with this supplier again."

"Binns was also able to accommodate my custom requests!
Would def. work with this supplier again."