I've been living in Kampala, Uganda, for the past month now, and it's truly been a treasure trove for design observations. From the city's many tech incubation hubs to the wide variety of formal and informal solutions to everyday challenges, creativity can be found everywhere. In the spirit of Tricia Wang's Instagram ethnography, I post many of my field observations on my own account. This is not just for convenience; Instagram fosters conversation that helps me clarify my own thinking around the things I see. Here are a few field shots, with some notes I've added for context. 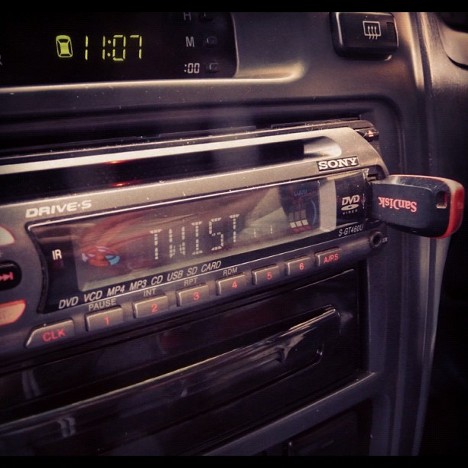 A stereo outfitted for a memory stick. The stereo reads the music files and displays the song artist and title from the meta data while playing each song. I've not read much literature on this, but I've now seen USB stick music players in Kampala, Beijing, Manila and even Los Angeles. Enabled by a stereo, the sticks act effectively as a portable music player without the cost and risk associated with a pricier MP3 player. As with iPhone decks, USB-ready stereos also enable a social experience, as people swap in their own sticks with their own music mixes. 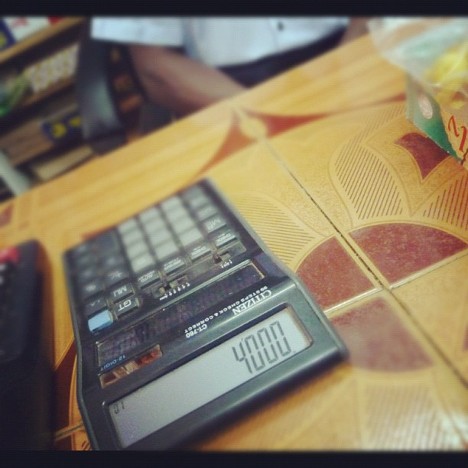 I spotted this two-way calculator in Fort Portal, in the west of Uganda. Big calculators like this are quite popular in places like Beijing, as they ensure clarity of price and can even be used for haggling between two people who don't speak the same language. It was common in China to see the shopkeeper type in a calculation and turn the calculator around to face the client. The client then takes the opportunity to enter a new price. With the calculator above, the opportunity to haggle is lessened. 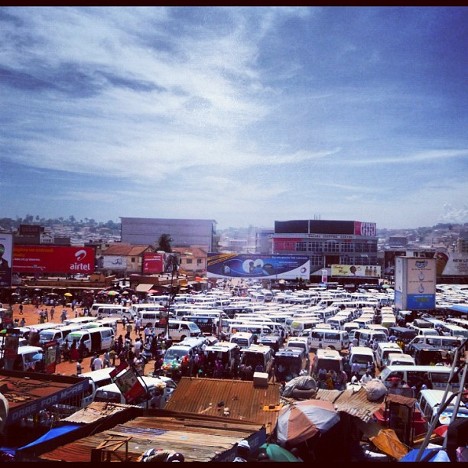 The famous Kampala stage, where a vast number of the city's minibuses, called "taxis" locally, take off to locations far and wide, both inside the city and into other parts of the country. From above, it looks like a vast mass of white cars with no particular rhyme or reason. But as soon as I descended to the staging floor, I realized it was no more or less complicated than Penn Station. Signs clearly indicated where each minibus was going, and locals easily directed me to the minibus I needed. And as in Penn Station, vendors wandered the grounds and set up shop on the periphery, ready to feed hungry travelers. 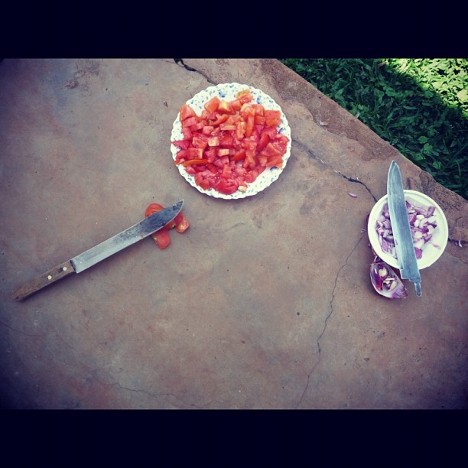 Cutting implements for a homecooked meal. My cooking has become so routine that learning to cook in Uganda has given me a fresh perspective on different techniques and uses for ingredients. Food—both its preparation and its consumption—plays an important social role, and because of the country's wide variety of cultures, food diversity is valued. 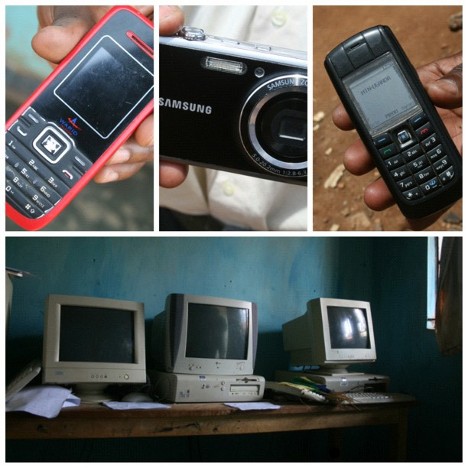 A short visit to a school outside Kampala put me face to face with its computer lab, filled with old, dusty PCs that seemed lifted out of the 1990s. But what struck me more was what the lab attendant had in his hands: a shiny Samsung camera, which he used to take a picture of me. He also owned two more phones and laughed when I looked surprised about that. This moment helped me realize the potential of portable devices. 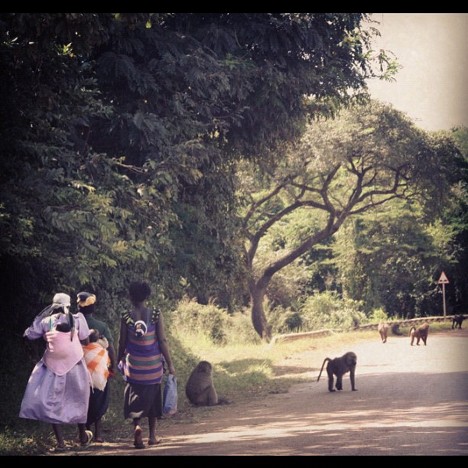 And this is just a bonus. Baboons on the road up to Gulu, in Northern Uganda.