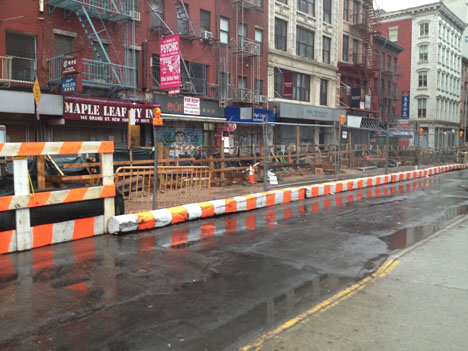 In the opening minutes of zombie fare like The Walking Dead and 28 Days Later, the protagonist awakens after a long sleep with no knowledge of what has recently transpired. As the protagonist wanders his immediate surroundings, the filmmakers must effectively use visuals to let him, and the viewers, conclude that something has gone awry.

If you woke up this morning in downtown Manhattan and had no knowledge of the impending "Frankenstorm," it wouldn't take you long to figure out something's up. The moment my eyes opened this morning, my disquiet began, ironically prompted by quiet. The jackhammering construction crew that has so relentlessly been waking my neighbors and I for the past month had fallen blissfully silent, with the Mayor calling for a complete construction halt. 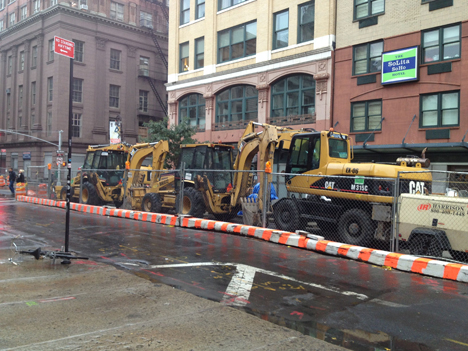 Stepping outside to relieve my two dogs, I was greeted with a visual difference on each corner: The garbage cans that usually serve as curbside sentinels have all been upended and placed against walls by sanitation crews, in hopes of minimizing them being picked up by high winds and turned into projectiles. Whether or not that's effective remains to be seen, but it probably can't hurt. 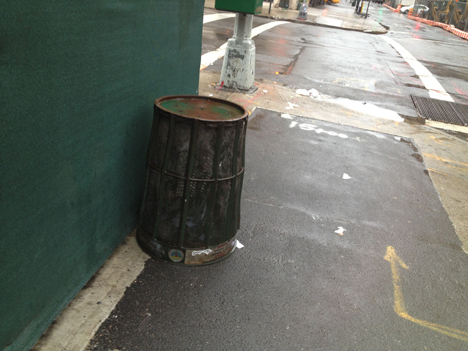 Wandering further afield we find abandoned SoHo streets near Core77 HQ, bereft of shoppers, with everyone closed for business. With NYC having taken the unusual step of shutting down the subway last night, both shoppers and shopkeepers are not making the journey in. The only other folk I saw on the street were fellow dog owners making the rounds with their pooches, and the occasional disappointed tourist family that had wandered out of nearby hotels in search of something still open. 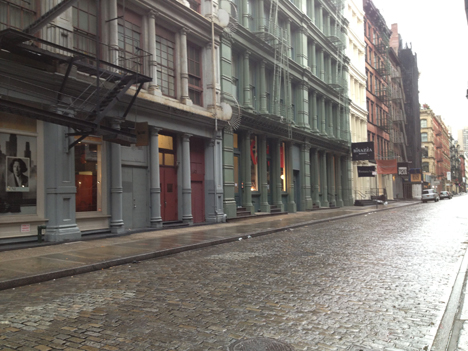 I'm located about 2,000 feet inland, in NYC's Evacuation Zone C, which means it would take a category 3 or 4 hurricane before the police start banging on my door and telling me to get the hell out. But NYC residents closer to the coast have not been so lucky, as they're much more susceptible to flooding. Here we have a photo tweeted this morning from Red Hook, Brooklyn, by Nick Cope: 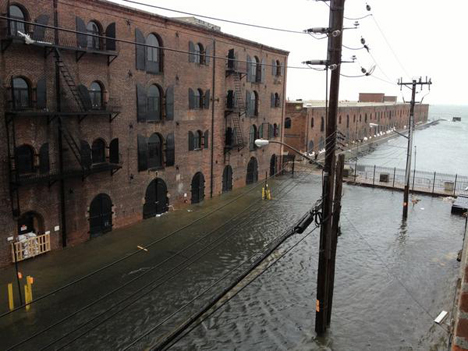 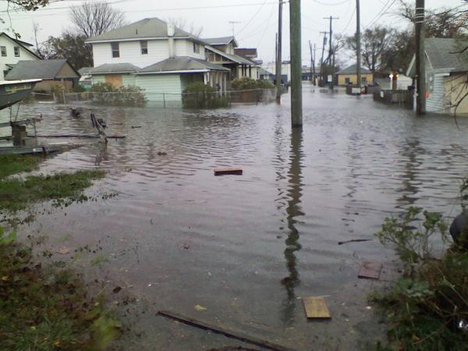 Several of my friends living in low-lying coastal areas (Evacuation Zone A) have already been ousted from their homes. Some buildings have shut off power and water, like my buddy Mike's apartment complex in Billyburg. The residents there are divided on whether they do that as a precautionary safety measure, or simply to ensure compliance, as the evacuation isn't really enforceable for stubborn holdouts. In any case, the National Weather Service has issued the following, rather grim, warning in all-caps:

IF YOU ARE RELUCTANT TO EVACUATE, AND YOU KNOW SOMEONE WHO RODE OUT THE `62 STORM ON THE BARRIER ISLANDS, ASK THEM IF THEY COULD DO IT AGAIN....

Next we'll take a look at some steps—some effective, some, I believe, pointless—that local residents and businesses are taking to ward off the storm.