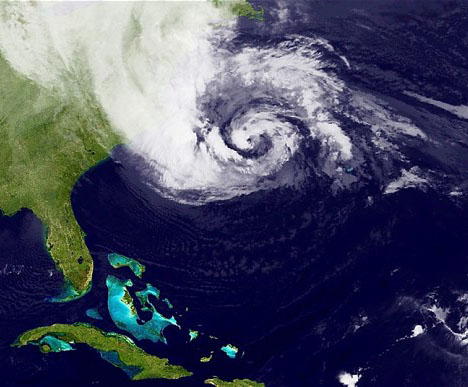 Gulf-state residents and those with hurricane experience would probably be horrified at some of the half-assed Sandy preparations made by New Yorkers. Here's a local restaurant in Evacuation Zone B, the secondary flood risk zone, and the steps they've taken to prevent flooding: 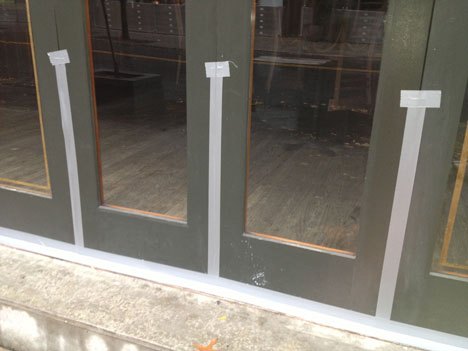 Yeah, I'm sure that'll keep the water out. I like that little extra four-inch strip of tape across the top, well done! 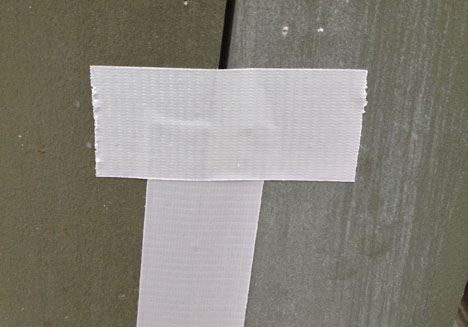 The nearby Apple Store has eschewed duct tape for something a little more substantial. But as you can see, it's presumably the local store manager, and not Jony Ive, who's in charge of floodproofing this branch: 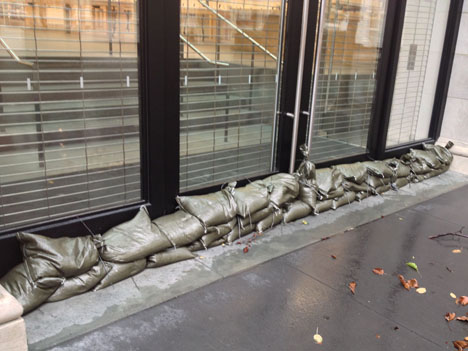 The efficacy of sandbags against flooding depends on how the dikes are constructed. Below you see the ideal construction method, though it's not surprising that your average retail employee is probably not going to take the time to do this. 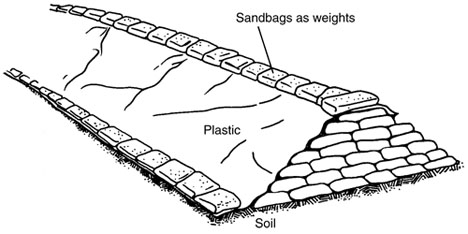 So far, the only local store we've seen taking serious anti-flooding measures is this joint on West Broadway: 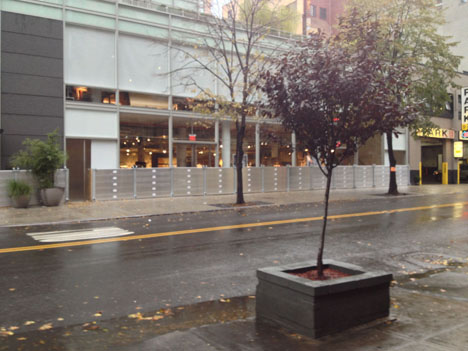 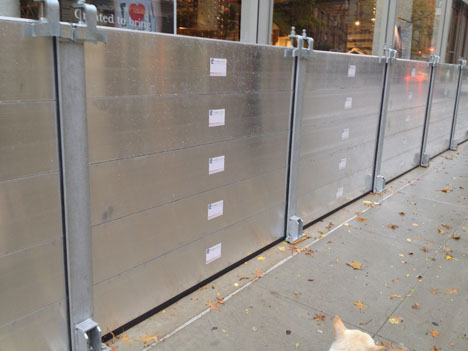 These barriers are manufactured by a company called Flood Control International, a company whose motto is "The water stops here." These "flush-finish perimeter flood defenses" are bolted into the sidewalk and form a seal with the pavement (and each other) by means of rubber strips. 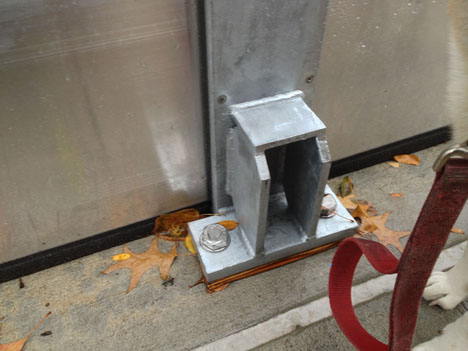 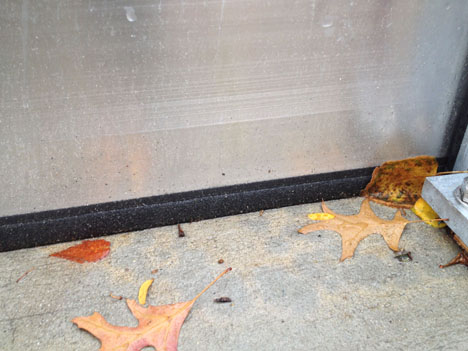 Up top are wrenched-on clamps holding the barriers in place, designed to prevent casual removal by vandals and the like. 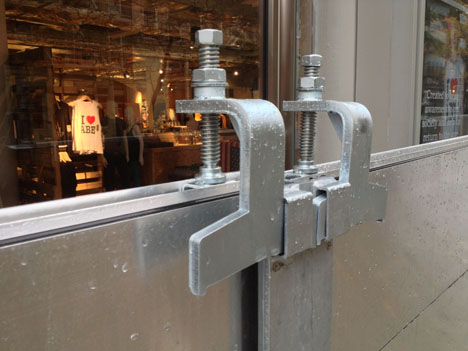 Why, you ask, would anyone try to remove these? Well, it's still New York City, after all; and if the zombie genre has taught us anything, it's that the real problem isn't dealing with the disaster...it's dealing with our fellow human beings. Sigh.

Stay safe, everyone. I just got a phone call from Con Ed (local utility) saying my neighborhood's electricity number is probably up. I'm going to try to view a TiVo'd Walking Dead episode before Chez Hipstomp goes dark.