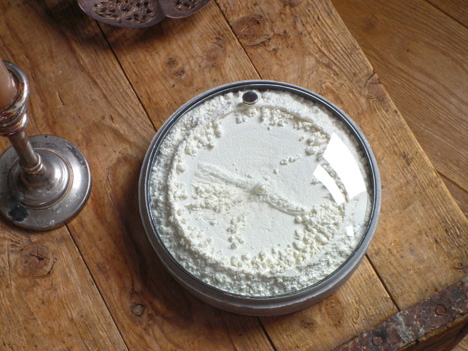 We've seen at least a few abstracted representations of time in the past: from the clocktower-inspired USMA to the wearable "Sasa" and ultra-slow Present. Studio Toer presents yet another alternative in "Shaped-by-Time," which expresses a rather more granular concept of temporality."Shaped-by-time" is a clock that shapes itself by the passage of time. It looks for the most efficient way to move itself through the matter. By the slow repetitive movement it will create an organic shape.

Time is slightly visible when the clock starts running. After a few days it excavates itself out of the matter and time will appear. From then on it slowly shapes its ideal pattern.

When you want to forget time, shake it a bit and it will start all over again with finding its way. Like time heals wounds, this clock literally heals itself by time. 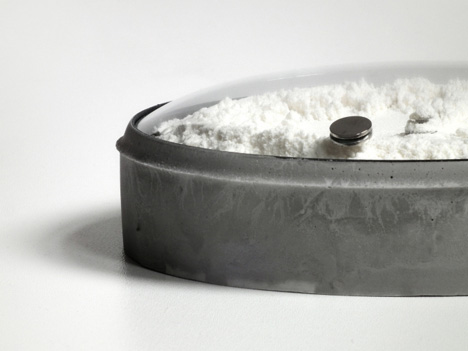 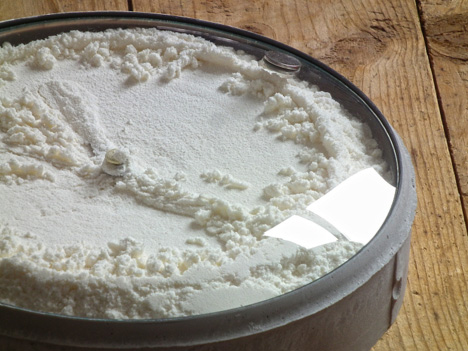 The eternally self-effacing clock is something like an hourglass combined with an Etch-a-Sketch... or a self-tending Zen garden. 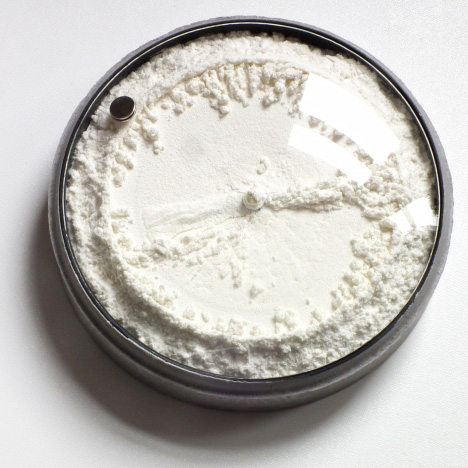 If you can't tell from the photos, "Shaped-by-Time" comes in at roughly six inches (15cm) in diameter and a little under two inches (4.5cm) tall. It's available now for €79 plus VAT and shipping.