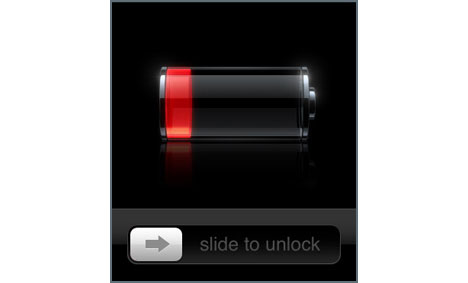 During a crisis, there are a bunch of objects we interact with in hopes of saving our bacon or making life more convenient. Here I'll take a broad look at some of the objects that played a role, for both me and others, during the mere 24 hours that I was stuck in an electricity-free lower Manhattan during and after Hurricane Sandy. (And there are some topics I'd like to get reader feedback on later, particularly from those of you in hurricane country.)

I would not survive the zombie apocalypse, or even a mutant-free prolonged disaster. The weaknesses in my haphazard Hurricane Sandy planning, shoehorned in between work hours during the days leading up to the storm, made themselves clear on Game Day. Things that I thought were fully-charged were not; I needlessly drained battery life during the crisis; items I was certain I had on hand, I neglected to double-check for; and I'd made no plans for a fall-back position, as I own two rambunctious dogs, barring me from all government shelters and most reasonable people's homes.

There were plenty of things I got right, mostly easy things. I had enough non-perishable food and water to feed three people for 7-10 days. (I live alone, but most survival books espouse stocking enough for you and unexpected guests.) I had a portable stove and plenty of gas canisters to cook or boil water as needed. I had plenty of light sources in the form of candles, flashlights, batteries, matches. I had good bags to carry things in case I needed to pack up, and good adverse-weather clothing. I had antihistamines, meds, antibiotics and basic medical supplies. So I can cross Sustenance, Illumination, Clothing and First-Aid off the list. All of my failures were in Communications, and they were not errors of stocking, but of maintenance.

At 8:30pm on Monday night I was staring into my laptop when suddenly, noiselessly, everything around it simply went dark. The internet was gone too. I'd been expecting this moment and simply proceeded to watch a movie on the laptop, unconcerned with burning the battery as I reasoned a computer's not much use without Internet, and the Internet's not coming back on without the power.

Went to bed afterwards with a fully-charged phone, but stupidly neglected to switch it to airplane mode. As a result, the battery worked itself down to almost nothing overnight, as it fruitlessly kept searching for a signal in a neighborhood where no cell towers had power.

Woke up Tuesday morning with no household electric and a nearly dead phone. No problem, I think; I pull out the Mophie Juice Pack Air that I'd last charged several months ago, erroneously assuming it would retain the charge. It hasn't. Problem.Goes without saying that in a blackout you need a radio, so next I go for the portable AM radio I'd carried everywhere in the two years following 9/11, and kept tucked away ever since. The worst part of that day (for the relatively lucky me) was not knowing what was going on as I made the trek from midtown to my downtown home, uncomfortably close to what they'd later call Ground Zero; I wasn't sure if I should be headed the other way, if they thought there was more attacks coming, et cetera.

Anyways, turns out my AM radio is not in its dedicated bag. It is simply gone, and I am unable to find it anywhere in my apartment. Had I double-checked this a week earlier, I'd have been able to locate or replace it.

I belatedly remember I've got an iPod Nano I never use, and that it had a built-in tuner. I fish it out of a drawer. The radio works, using the headphone cables themselves as the antenna. But again I'd last charged this thing months ago, and it's down to a sliver of battery life.

Still, at least I'm able to hear the news. In an emergency there's one main decision you need to make, like The Clash song: Should I stay or should I go? And in a blackout, the answer is based on three pieces of information: What areas have power, what areas don't, and how long until my area's power comes back on? (If my own power's coming back within 24 hours, I can stay put. More than 72 hours, I lose too much income for that to be viable. And if there's power just ten blocks away from me, I can walk over there to find Wi-Fi and work during the day, no need to pack up.)

I'm frustrated at how long it takes for these three pieces of information to be released. They air the mayor making a press statement, but it starts off politically rather than useful: He seems to address only his detractors, beginning with a pre-emptive We're doing a very good job handling the crisis, and here's why, ticking off of statistical reasons, while conveying no actionable information a citizen could use. As someone with low battery power this is maddening.

Finally he gets around to it: Manhattan below 36th Street has no power, Manhattan above it does. But he provides no estimate as to when power will be restored downtown.

To me that's a bad sign; they usually give a ballpark, but if no estimate can be made, it means they can't yet assess the problem or haven't dealt with the specifics of the particular problem before. So I decide I'll leave sooner rather than later, as it always seems worse to evacuate later, when systems are stretched thin.

Up Next: Trying to Get Out