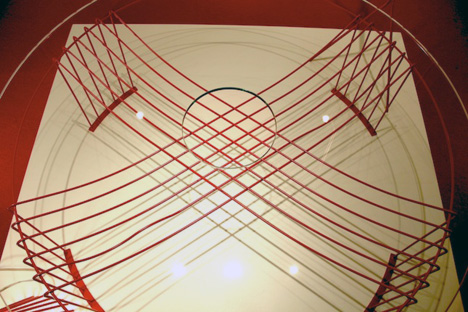 A giant, rainbow-colored "Hello Design" welcomes you at the entrance to this year's Tokyo Designers Week, which runs through Monday, November 5, at the Meiji Jingu Gaien in Tokyo's Shibuya district. This year the two themes are "House" and "Play" and there's plenty to see. 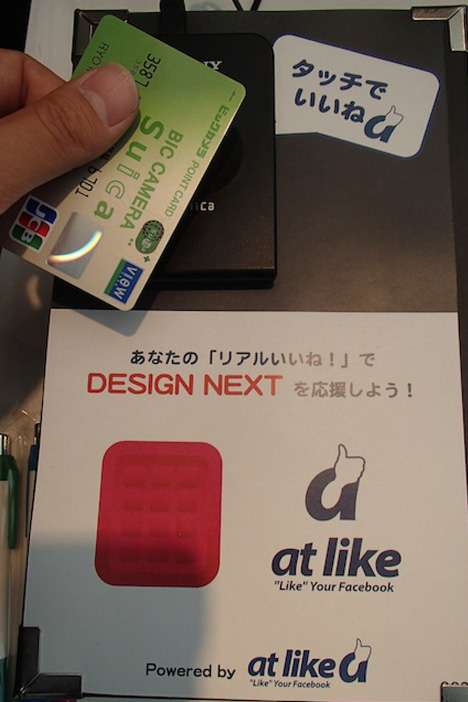 Exhibitors' booths are packed and with lots of small hidden pockets of space, it's hard to feel that you have seen everything. True to the "Play" theme, you can contribute to a sticker mural, draw on walls, build wooden block towers and climb into and over some exhibits. For a more techy form of play, the DESIGN NEXT area features a whole row of booths dedicated to digital devices—you can even register to "like" items by physically touching them with your Suica / Pasmo (Tokyo's metro cards). 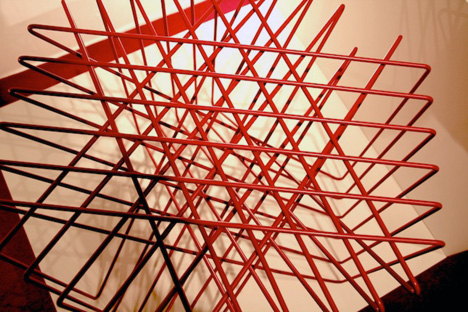 One of the great things about TDW is the opportunity it creates for smaller, independent designers to exhibit and get an audience. One that caught my attention was Shinn Asano, who originally trained as a graphic designer in the US before returning to work in Japan. Asano's "Sen" is a series of 6 pieces of furniture inspired by traditional Japanese crafts.

Asano explained to me why he decided to move to interior design:

I realized that a lot of the things I was working with were in two-dimensional space—lines, negative space, etc.—I wanted to work with in three dimensions. Japanese craft is known for its high quality and attention to detail and I am interested in combining new materials with forms taken from crafts such as Japanese weaving.

All these pieces are based on the concept of the intersection of planes, lines that work in 2-D or 3-D. For example "Kagome" the name of my stool, is both a pattern used in basket weaving and a shape used in Shinto shrines. The word "kage" given to the small circular table means "shadow" and I have incorporated these ideas into the way the light works with the furniture. I chose red because for me it is a powerful color with a long history in Japan." 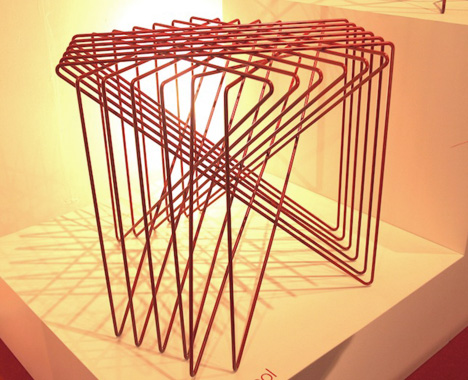 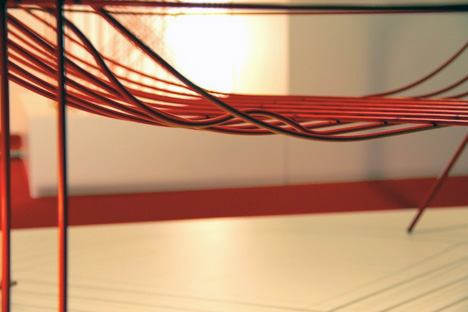 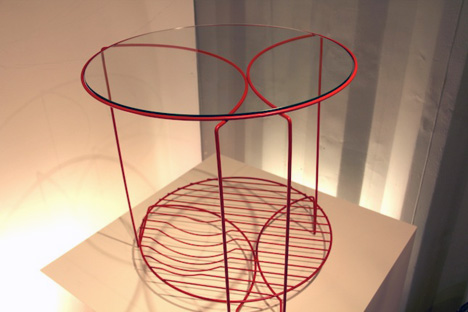 The sturdy iron pieces are comfortable despite their ephemeral feel and are made by local craftsmen from the Adachi area in heart of Tokyo. At the moment, Asano doesn't have any formal contracts but is optimistic about his future—and looking at his work I'm inclined to agree. 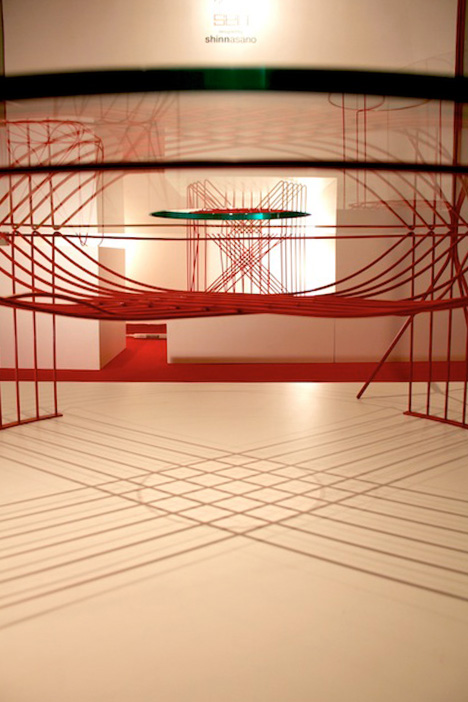