Since we visited UM Project's Brooklyn studio, earlier this year, founder François Chambard has produced an impressive amount of work. It seems that we can't go brunch and boutique-hopping without coming across a couple of his best-selling Milking Stools in an array of bright colors, but he created a staggering number of Craft System Lamps for NY Design Week. If you went to Wanted Design you no doubt saw his small army of whimsical lighting units that are equal parts functional and playful, with lamps that double as theremins, greenhouses and friendly robots. 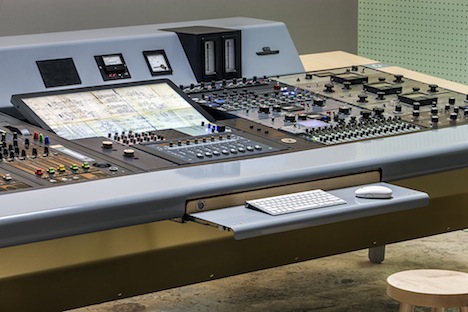 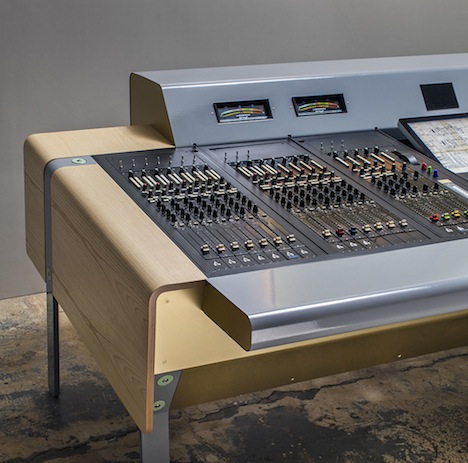 Chambard and Bender began their 15 month-long collaboration by repurposing a very rare, late-60s recording console by Wiener Schwachstromwerke (WSW), Siemen's Austrian sister company. The unit is divided into three main parts. One third is made up of four different types of rebuilt WSW mixing channels, one third is comprised mainly of a modular, modern line mixer by Tonelux, which forms "the backbone of the audio signals for the entire console," and one third is dedicated to digital integration with Pro Tools and includes "a touch sensitive digital controller as well as an Apple display." 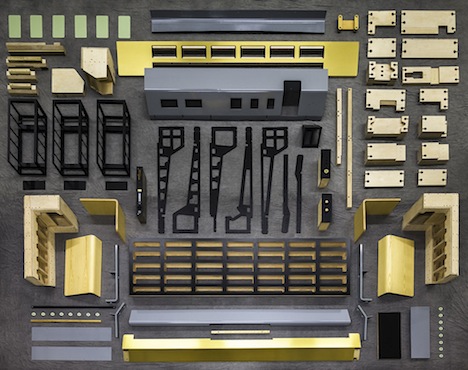 Aside from repurposing outdated recording equipment and integrating them with modern technologies, the other major feat is the console's relatively lightweight appearance. Chambard designed four corner legs so that even though the unit weighs a whopping 1,400 pounds it can be disassembled for transport and, moreover, doesn't look like a typical, heavy piece of equipment, but speaks to "the language of furniture" and "reinforces the impression of levitation and accessibility." 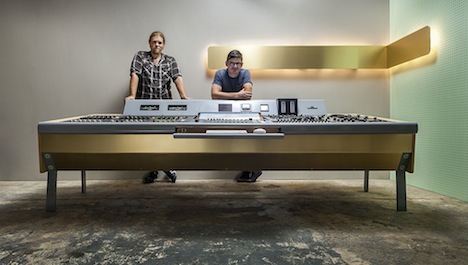 Images by Francis Dzikowski/ EstoFor the color palette, Chambard chose what he calls "a pale machine green" inspired by the WSW knobs the Tonelux main color, as well as brass, another Tonelux signature. The mix of retro pastels and shiny metals isn't too far from Chambard's own signature look, especially in products like his L.U.M. Lamp. 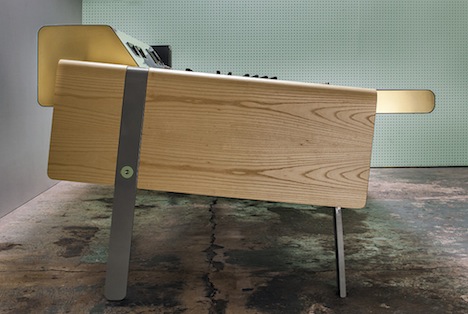 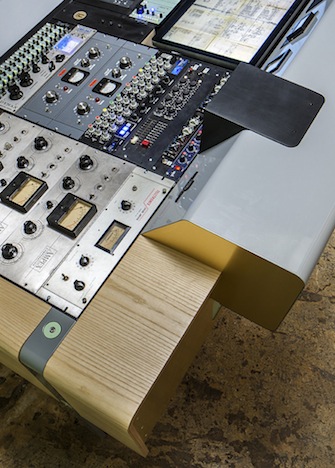