Parallel Thinking in Product Design Will Only Increase 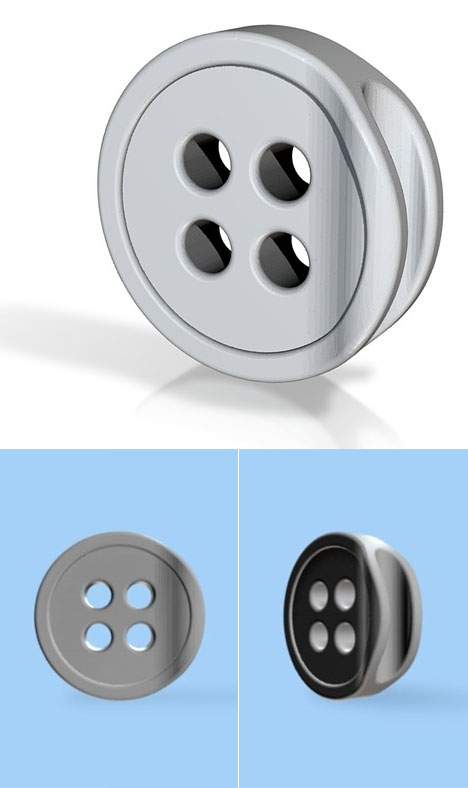 Would you rather be an industrial designer or a comedian?

Silly question, I know, but here's what I'm getting at: Comedian Louis C.K. performed several bits on a 2003 comedy album, and strikingly similar bits showed up in Dane Cook's act around 2005. Fans cried foul, controversy was born. Louis subsequently squashed their "feud" (which was really fed more by the media than the comics themselves) by having Cook appear on his FX show. When comedians develop similar bits and are charitable with each other, they explain it away by citing "parallel thinking."

Parallel thinking exists in the design world too, of course, and the more minimalist an industrial design becomes, the higher the chances you'll see similar work elsewhere. Culpability becomes a tricky issue, particularly when designers hew closely to the Form Follows Function rule. When you have an uncomplicated design that's boiled down to its pure essentials, you approach a kind of universal perfection, and that universality is the tricky part in a world filled with designers.

Case in point, the cable-holding button above that we posted on earlier. It works as a shirt button and it works to hold a cable. There's nothing else, no clutter. Shapeways user Egant designed it and began selling them for under $5 each when we first heard about them. By the time our post went live, the buttons were no longer for sale.

Honeycutt contacted Egant, and while we're not privy to the discussion, the end result is Egant pulled the buttons.

This post is not about leveling accusations of piracy, as we see something larger happening here. If we charitably assume Egant had not seen Honeycutt's designs, we're looking at parallel thinking. And I believe that as 3D printers enable more of us to design simple, small objects, we'll see a lot more of this in future, as talented designers start converging on minimalist-driven perfection.

So the question is, what do we do about it? It's not practical to pore through millions of patent filings to see what has and hasn't been done. An author can type a search phrase into Google to see if his/her work has been plagiarized, but industrial designers have no such recourse. Someone could attempt to organize an easily searchable database with built-in growth capacity, but it seems a massive and expensive undertaking without any promise of profitability.

Earlier this year Louis C.K. had another well-known figure on his show, Tonight Show host Jay Leno. Years ago, when Leno was a working comedian, a reporter asked him how he dealt with other comics borrowing his jokes. "You just have to write 'em," he said, "faster than they can steal 'em." If only that were possible in our field.

Parallel Thinking in Product Design Will Only Increase