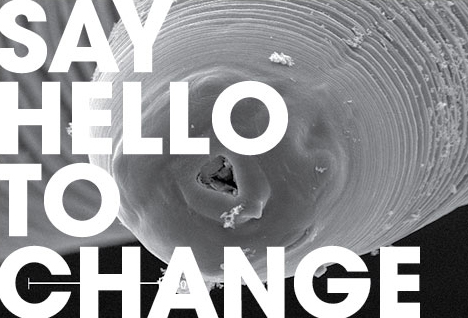 The other night, I caught myself riveted to one of those blocks of cable programing one stumbles upon with increasing frequency: back-to-back episodes of some show you've never heard of. On this particular evening the focus was Animal Planet's Monster Inside Me. For those who haven't had the pleasure, each episode is a gruesome account of parasitic infestations and the effects they wreck on their human hosts. While not quite appointment viewing—the show is definitely compelling in an 'I-can't-believe-what-I'm-seeing' sort of way. On this night, as I settled into my 3rd straight episode, I found my thoughts drifting towards creativity; specifically to how organizational operations, like outsized autoimmune systems, often function in pitch-perfect opposition to creativity and innovation efforts.

This idea first started knocking about in my head a few months back when a client lent me a copy of The Other Side of Innovation by Vijay Govindarajan and Chris Trimble. The book presents some interesting arguments as to why innovation efforts frequently fail. It's not merely that these efforts generally traffic outside the norms of the organization, according to Govindarajan and Trimble, they operate in direct conflict with them. Think about it: an organization strives to achieve a certain measure of success and that success, if met, leads to growth. Overtime the organization necessarily figures its business out; they learn how to do what they do. Growth is the proof that they've cracked the code for doing it in a manner that's repeatable and in balance. This state of equilibrium, and the mechanism that keeps it all humming along smoothly and without friction—is the performance engine. A codified system of hard won practices and truths that keep the flywheel spinning 24/7. It's the recipe that works within the context of the business as it is.But innovation efforts by their nature don't generally concern themselves with what has worked—they seek to answer a very different question: what might work? And therein lies the conflict which Govindarajan and Trimble describe. Called upon to address issues other than day-to-day operations, innovation efforts are characteristically out of phase with the rest of the organization. Viewed in this light, they are anomalies, outlying activities that are alien to the ecosystem in which they find themselves and just as frequently misunderstood. Little wonder the performance engine, with its system of metrics and measurements, starts to try and contain the damage. But that response, while understandable, can prove detrimental to the organization's well being—especially when it thwarts evolutionary change.

In one episode of Monster Inside Me, a young girl contracts anisakiasis—a condition brought on by ingesting a waterborne worm called anisaki. Within a few hours of ingesting the parasite, her condition deteriorates as her immune system goes into overdrive trying to neutralize the parasite. The result? An obstruction of life-threatening proportions forms in her intestinal tract requiring emergency surgery. Ironically, had her immune system not responded—something it has specifically evolved to do—the parasite would have passed through her body without incident. In the case of anisakiasis, it's not the parasite that will kill you, it's your body's defensive response that will. Alternatively, in another episode a California man whose debilitating asthma has significantly impacted his quality of life, decides to infect himself with hookworms in a desperate effort to combat his allergies. This controversial approach harnesses the hookworm's apparent ability to 'switch off' our immune system; greatly reducing, if not eradicating, our body's allergic responses.

In the first case, the body's natural response ends up in direct conflict with the well being of the individual themselves. In the second, a counter intuitive decision (to knowingly infect oneself with a harmful parasite) leads to alleviating a chronic condition. In both cases the natural functioning of the immune system turns out to be at odds with what may ultimately be in the best interest of the individual. Whether it takes the form of a parasitic infection or say, a shift in the marketplace, change provokes a response and what's tried and true isn't always helpful. Today as more and more formal structures falter in the face of persistent change, adaptation and the adoption of new, seemingly radical solutions, isn't so much bold as it is good practice.

Robert Safian's cover piece for this month's issue of Fast Company "How to Lead in a Time of Chaos" brings more support to this argument. In his article, Safian references Margaret Wheatley's trail blazing book Leadership and the New Science which, when originally published some twenty years ago, challenged long held beliefs on organizational wisdom. Specifically, what Wheatly took issue with was a culture of organizational thinking that she believed relied too heavily on closed-system/cause and effect paradigms. This mindset, as Safian points out, had some rather deep roots: 17th century Newtonian physics to be precise. Simply put, it was a worldview informed by observation of the natural world; hence the emphasis on cause and effect. That model stability, manifest through an elegant equilibrium of actions and offsets, was the overriding goal of operational management. But as Safian reminds us, today we live in a hyper-dynamic post-Newtonian world: one where stasis often signals demise; stability is elusive; and scientific advancements reside well beyond what we can observe or intuit from the visible world. His point? Leadership needs to adopt a more sophisticated view of operations and management; one that eschews simple models and convenient conclusions in favor of hybrid solutions that mix and match hierarchy with flexibility—the tried and true with frequent and persistent experimentation.

This emphasis on experimentation mirrors the advice ultimately put forth by Govindarajan and Trimble who advocate for running innovation efforts as 'disciplined' experiments modeled more on scientific inquiry than operational procedure. No matter how an organization ultimately chooses to reconcile innovation efforts with the day-to-day functioning of their organization, one thing is clear: old models aren't delivering credible results. In fact, they may well be distracting us into a false sense of normalcy; one that dangerously institutionalizes outdated practices and prevents organizations from understanding problems as they truly are.

So what is one to do? Consider inviting a useful antagonism into the organization. Bring the outside in, make a habit of exposing your organization to what it isn't, and most importantly, if you are in a position of leadership, be willing to sustain disbelief long enough to let contrary ideas reveal their insights in earnest. Today Outsider is what topples; Other is often leaner, faster and less concerned with precedent; and Outlier succeeds because it doesn't know that it can't. Outsider, Other and Outlier are gleefully unaware that whatever it is they are proposing 'can't be done' or has been 'tried in the past'—and it is that selfsame ignorance that can, and on occasion does, enable their success to magnificent effect.

I'm not advocating for wholesale disruption or the indiscriminate adoption of unvetted practices, but I am taking a cue from Monsters Inside Me. The lesson of the parasite is this: be willing to infect yourself with ideas that go against your assumed self-interest. Smoothing out the wrinkles of the world in order that they might better conform to what benefits the organization directly is painstaking, costly and frequently futile work. Clay Shirky has said that 'One of the best ways to know you are completely wrong, is to behave as if you are completely right.' My advice? Admit some doubt into your ecosystem. Start incubating what threatens your business: those ideas that represent your assumptions at their most inverted. Then, take a deep breath and work backwards. Is it risky? It needn't be. If the Center for Disease Control can warehouse some of the most virulent pathogens on earth without contaminating the rest of us, odds are you can find the means to expose your organization to the new without risking calamity. Call it innovation. Call it change management. Call it strategy. But whatever handle you settle on, just remember that the best way to build up resistance is though controlled and repeated exposure. So go ahead. Pull up your sleeve. Make a fist. And infect yourself. Set against a backdrop of habitual disruption, this type of controlled exposure might not only cure what ails you, it might just mutate your business from one that merely survives into one that genuinely thrives.