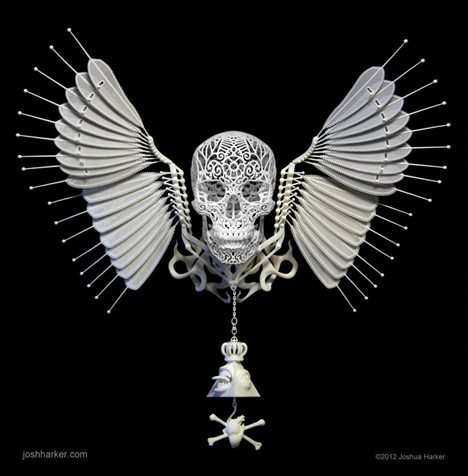 Following his "#1 most-funded sculpture project in Kickstarter history," Chicago-based multicreative Joshua Harker's on the crowdfunding site once again. Expressing his signature blend of art and design, Harker's not hawking a functional object per se; his beautiful, 3D-printed sculpture, which combines the skull that was so successful the first time around with a new set of articulating wings, was created "In honor of the developing 3rd Industrial Revolution." 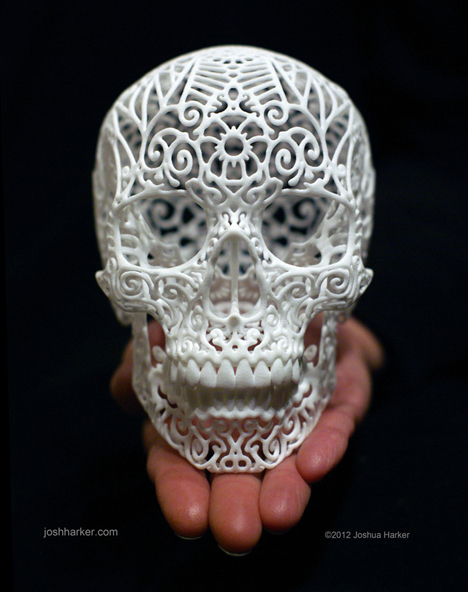 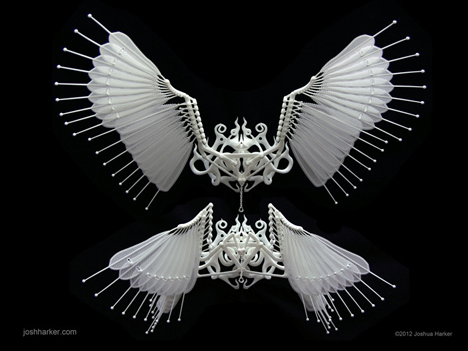 Representing the project is a 3-piece sculpture entitled "Anatomica di Revolutis" (loosely intended to mean "Anatomy of the Revolution"). Each component is designed to assemble together to present a larger narrative about the developing 3rd Industrial Revolution. The fully assembled sculpture... symbolizes liberty & prosperity through an empowered participatory populace. It is designed to hang on a wall or other vertical surface.

...The wings are comprised of 75 separate mechanical moving pieces that are printed in their entirety as a single working assembly. They are symbolic of the mythical Phoenix rebirth & spring from the fire theme interpreted by my "tangle" aesthetic. 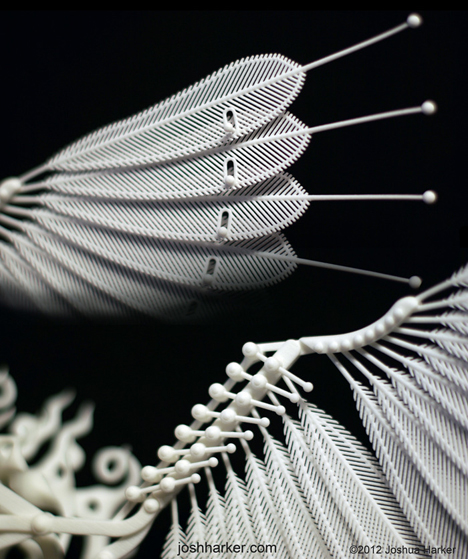 What's interesting is that Harker doesn't appear to be using Kickstarter to purchase a particular machine, and waiting until the money comes in to set up shop; the already-up-and-running Harker has already exceeded his ultra-low $500 target, and is apparently just interested in using Kickstarter as a platform. Like Harker's work, the approach is both unconventional and successful.