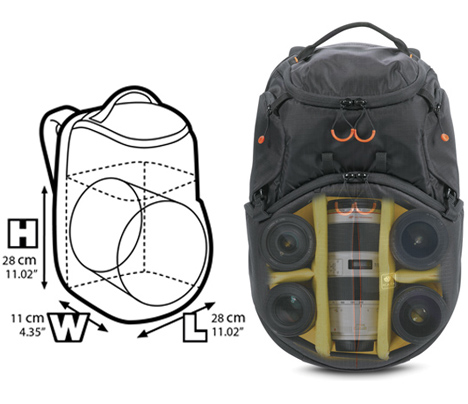 Kata Bags creates "lightweight protective carrying solutions for photo and video equipment," and given that the two founders are ex-Israeli-military guys, it's no surprise that one of their new bags draws its inspiration from a gun.

Their Revolver-8 model aims to solve the problem of an outdoor photographer who needs to quickly and frequently swap out lenses. To that end the bottom half of the bag contains an unusual circular compartment—a "revolving magazine," as they call it—featuring a user-configurable chamber into which separate lenses can be loaded. 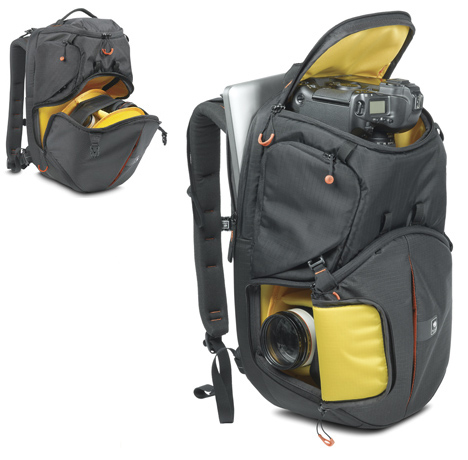 During set-up, the photographer can open a flap to access everything at once; while in the act of shooting, they can open a smaller flap to spin the magazine and access the lense they need. And despite the circular bottom, the bag still appears to stay upright when placed on the ground, a nice touch. 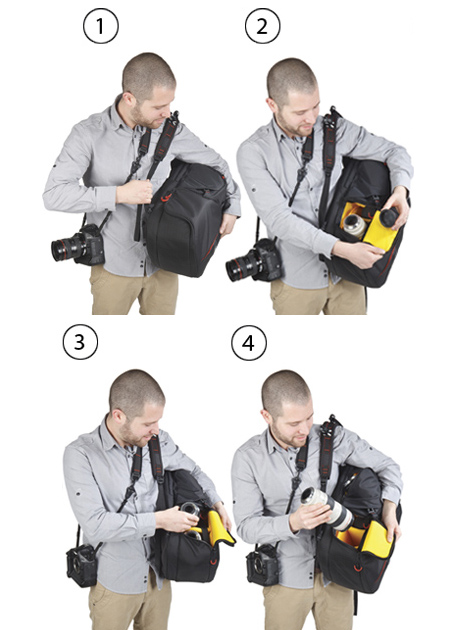 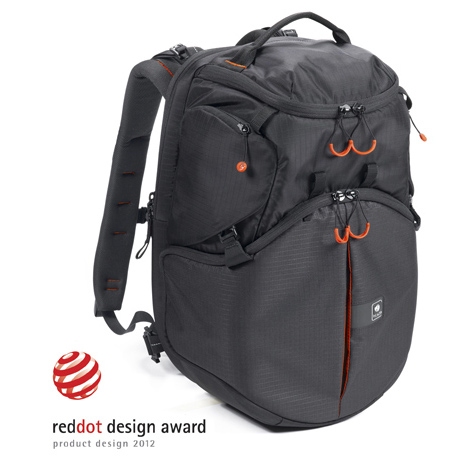 We believe that's an error, as we could not locate any such listing on Red Dot's website. But there is a similar-looking, yet clearly different, bag shown below—their Pro-Light 3N1-25, produced by Kata's sister company Manfrotto—the did make the Red Dot cut. 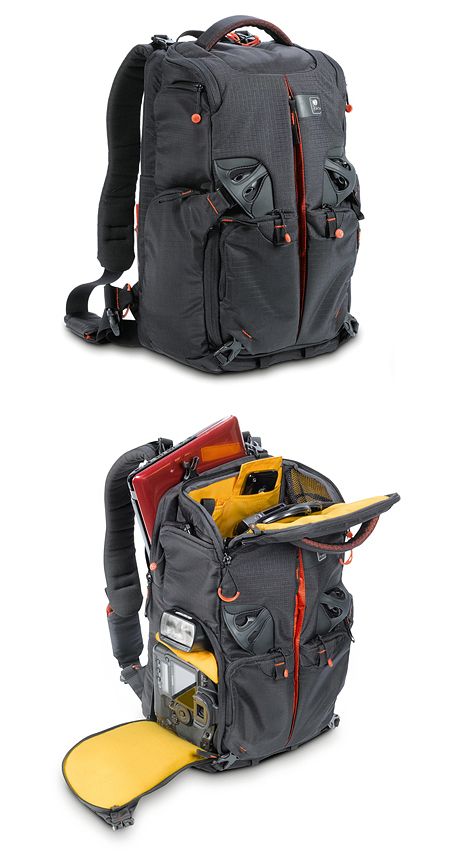