How Much Longer Until We're Standing on Airplanes? 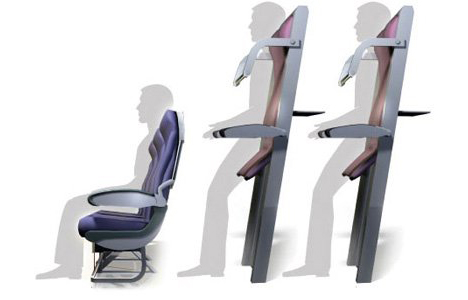 The Wright Brothers had a dream that one day, man would fly. Ryanair boss Michael O'Leary has a dream too, which is that one day we'll fly standing up.

In 2010 he proposed the solution you see above, whereby ten rows of seating are replaced by 15 rows of Hannibal-Lecter-on-trial-type apparatuses. These seats—sorry, "stands"—were to be offered at prices so low—just $6 a pop—that passengers would gladly buy them, and probably strap on the Hannibal facemask thingy if they had to. 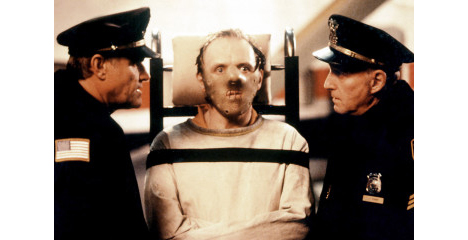 Airplane manufacturer Boeing shot the idea down, citing European safety regulations. Undeterred, O'Leary then went to the lawmakers. So now he's back in the news, waging a public war with regulators to allow standing-room-only areas on airplanes. His argument is unsurprisingly meeting stiff resistance, probably due to the way he's pursuing it:

Mr O'Leary, the chief executive of budget airline Ryanair, dismissed the notion seatbelts were an essential safety requirement, saying: "If there ever was a crash on an aircraft, God forbid, a seatbelt won't save you."

The idea of standing on an airplane isn't new; a Chinese airline proposed it in 2009, and frankly, having taken mass-transit in China before, I'm surprised they haven't implemented it yet.

I think it's just a matter of time before someone, somewhere starts doing it. But don't worry, overly-officious flight attendants: While you won't be able to nag them to place their seats upright before takeoff and landing, you'll still have something to fuss about. Passengers will undoubtedly decide to sit cross-legged on the floor and you'll have to harangue them into standing back up.

How Much Longer Until We're Standing on Airplanes?