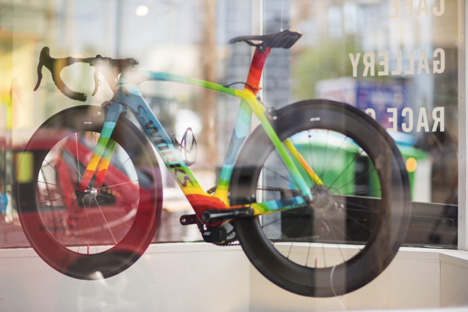 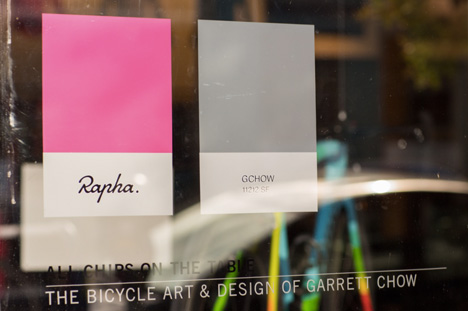 Wish I could make it out to Cali for this one: Rapha San Francisco Cycling Club is pleased to present All Chips On the Table: The Bicycle Art and Design of Garrett Chow, an exhibition featuring Chow's work as Lead Graphic Designer at Specialized, as well as his graphics for MASH, the urban cycling brand which he co-founded. Per Rapha: From the co-creation of MASHSF to bicycle paint schemes for cyclocross star Zdeneck Stybar and Tour de France winner Alberto Contador, Garrett has been a continual inspiration in the bicycle industry with designs, illustrations and paint jobs over the years. The exhibit is your chance to see all of this live and direct. 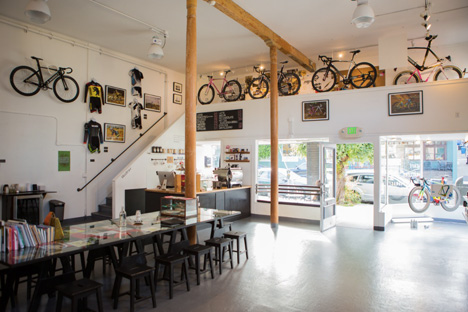 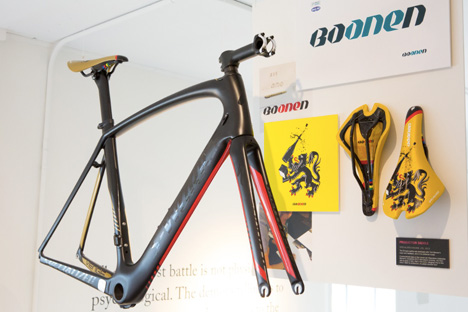 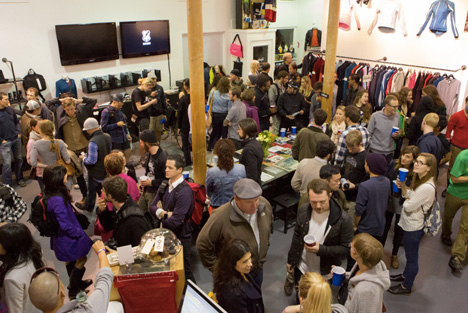 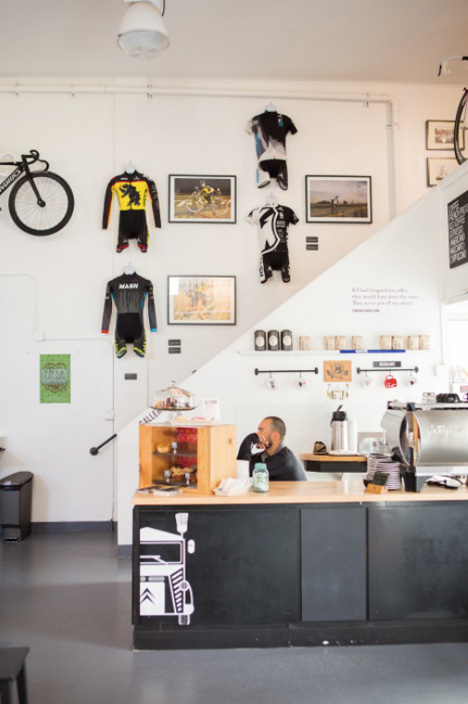 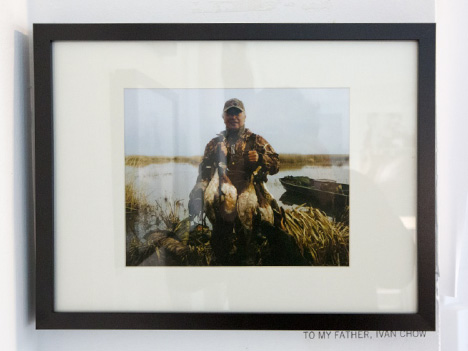 We had the chance to talk to Garrett about his inspiration and what drives him in the studio and on the road.

Core77: You're clearly as passionate about cycling as you are about design. Which came first for you, bikes or design?

Garrett Chow: The tired cliché that as a designer, one's job never really "shuts off" sadly holds more truth than a lot of us would prefer to admit. Devoted cyclists seem to hold a similarly unflagging sense of commitment and allegiance to their two-wheeled pursuits—whether it's through constant training, watching one's diet, or wrenching on bikes, it seems like there never enough hours in the day. I'd say that both pursuits intertwine to occupy the larger focus in my life, and seemingly in equal measure.

I've been doing both for as long as I can remember. I grew up riding and drawing and making/publishing a skate 'zine as a kid—these inclinations precipitated in my study of Illustration and Graphic Design in college. I was tangentially involved in the bike industry for many years having worked on corporate-identity and branding for a friend's bike shop, Wrench Science, but it wasn't until MASH and then Specialized that I 'formally' entered the industry. 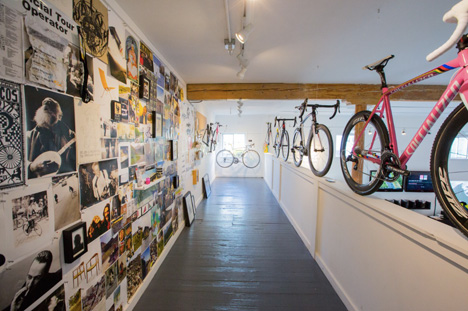 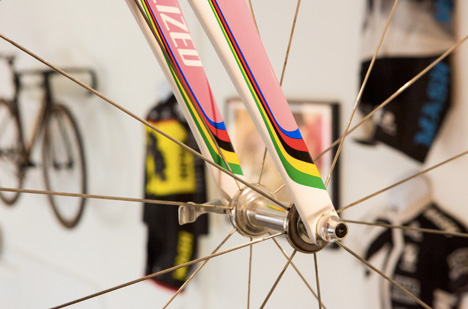 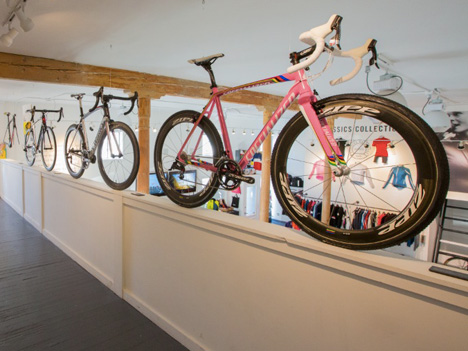 I couldn't do one without the other—there exists a creative-symbiosis where one world tempers, fuels, balances, inspires and motivates the other. 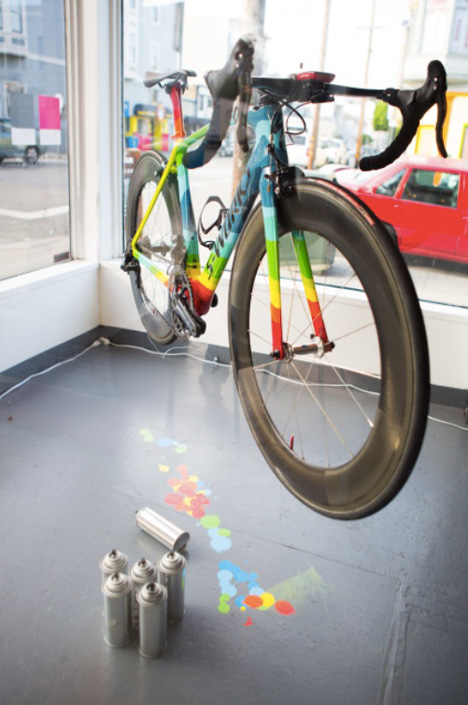 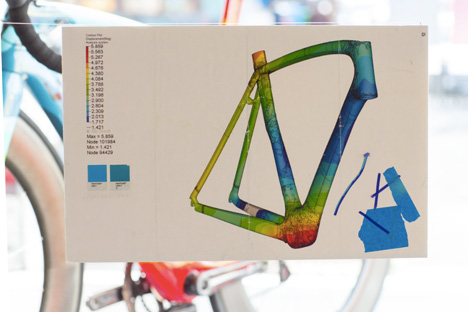 The bicycle frame is an unlikely canvas for an artist, but you've certainly managed to elevate the visual aesthetics of a largely materials-obsessed industry—I love the 'heat map' graphics for the Venge concept bike, and I detect a heavy street art influence in your work for MASH. Outside of graphic design, where do you look for inspiration?

I spent many years living and working as a (street) artist with a group of friends, calling ourselves The London Police and (un)ironically, pursuing our craft on the street under cover of night. We traveled the world painting on the street and working on gallery, museum and retail installations and commissions. This was a hugely influential period that colored the way I see the world and informed my approach to design today. 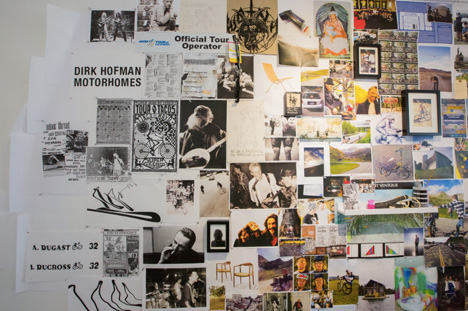 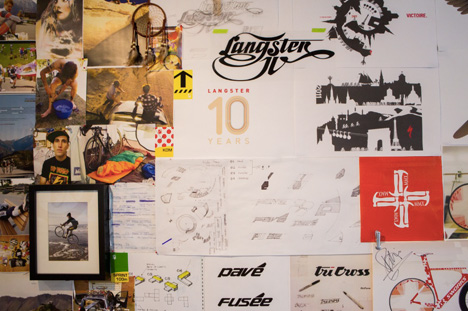 And, like most designers, I keep an open eye and ear to anything and everything that it might give inspiration. But the thing that fires me up the most is simply being outside and riding bikes with friends! Each year, I make a point of visiting France in July for the Tour de France. Friends and I usually ride stages, or sections of stages, then watch the days' racing from the best possible seats in the house—on the roads and climbs of the parcours. The energy from simply being there is something that fuels my fire—both at the office and away—for months and months to come. For a bike-guy like myself, there are few things that truly offer as much inspiration. Though my spirit is lifted from running alongside the peloton, I always strive to keep my eyes on the many things—the spectators, the towns, the ephemera—along the way, as oftentimes, it's these things that can provide the spark for a design, or a 'solve' to a design problem. 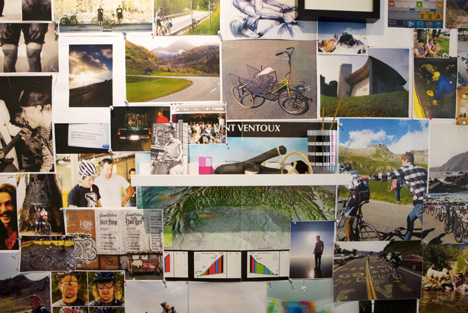 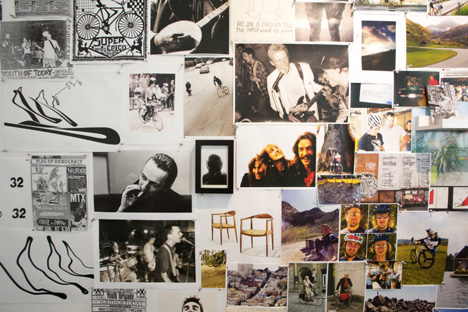 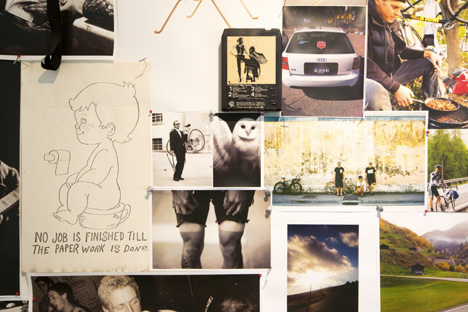 Based on talking to friends who moved to New York from San Francisco and a couple recent visits, I get the feeling that Bay Area bike culture is quite distinct that of NYC. How does SF bike culture reflect the city as a whole?

The physical geography of San Francisco means that cyclists (especially brakeless track bike and fixed-gear riders) adopt a riding style and bike setup [that allows them] to handle the rigors of hills and descents. This, coupled with the compactness of the city, gave rise to a scene unique in the world. The same geographic-phenomenon that allows the Tenderloin to sit a mere few blocks from the Mayor's office and Union Square helps explain why people of all walks—by dint of the fact that they are neighbors—are thrown together and peaceably exist, in spite of what music they might listen to, or how much money they have in their pocket.

So too is MASH a group of guys from all walks of life with a common love of bikes. Its members came with varied talents and skills off-bike, as well as a strong DIY ethos. All of this shaped MASH to become a platform for creative pursuits—from photography and videography to design and even fashion. If MASH and bikes didn't happen to present themselves as the medium and excuse to create, then certainly we would have found other avenues of expressing and exercising this need. 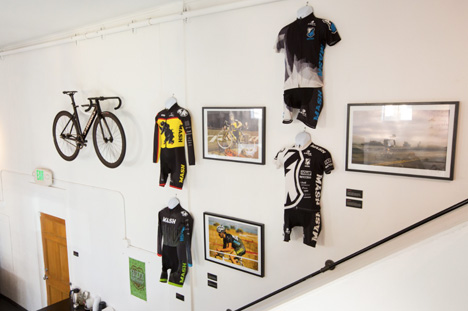 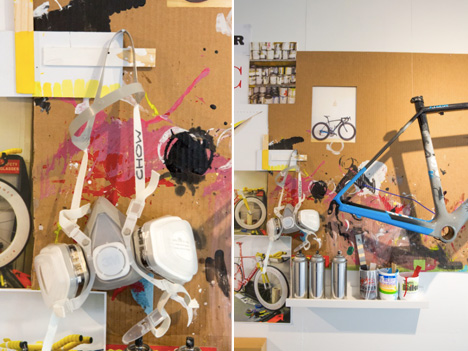 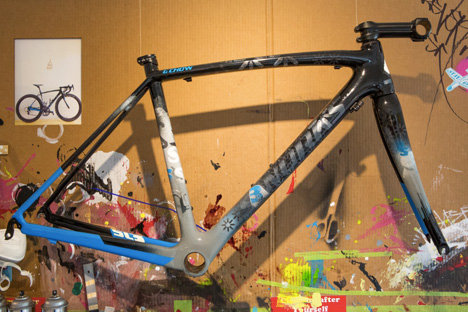 I recently saw the Antonio Colombo, President of Cinelli, speak at the Designers & Books Fair, where he spoke at length about how design encompasses everything from the frame and components to the graphics, branding and ultimately the rider's emotional connection with the bicycle. Does this design philosophy inform your work?

Graphic design does its job best when it does nothing. That is to say, design—and especially graphic design—should fall to the periphery of the viewer's/audience's consciousness when done well. That a bike's color and graphics be in accord with the ID of the bike itself should similarly be of paramount concern. We've all seen bikes whose graphics are inharmonious and fight the elegant shapes of the bicycle. In the best case, a bike can be made to look fast(er), or light(er), or more aggressive by sensitive and informed color and graphics decisions. Our emotions might be captivated be by a handsome looking bike in a magazine or on the showroom floor, just as our spirits buoyed by its livery on the 12th kilometer of a 10% climb. This is my aim of good design in, and on bicycles. 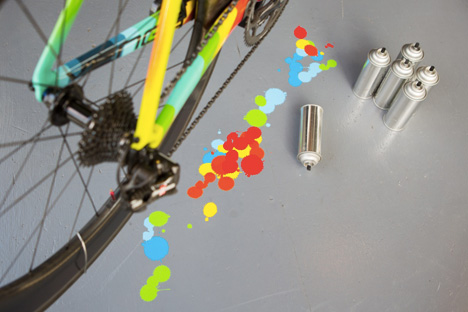 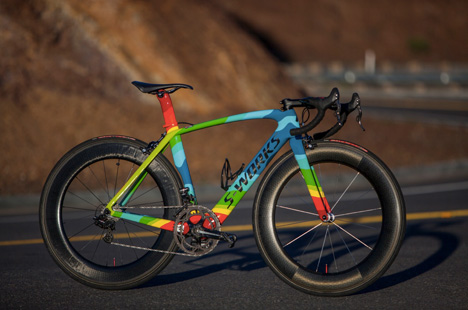 Can't get enough Chow? Check out the big versions of Mike's photos (plus more Venge) in the guest gallery on Prolly... 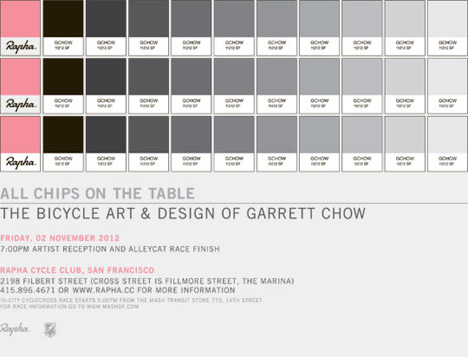 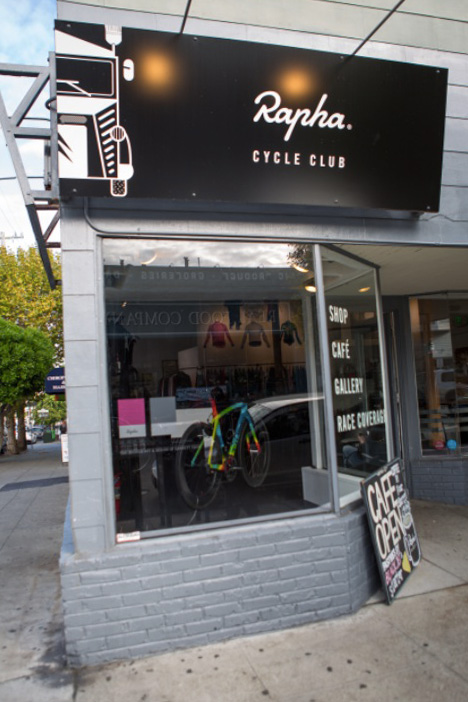 Special thanks to Neil Tan and Mike Martin of MASH! 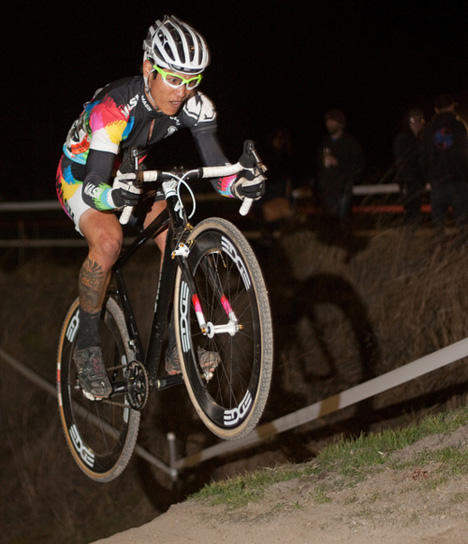