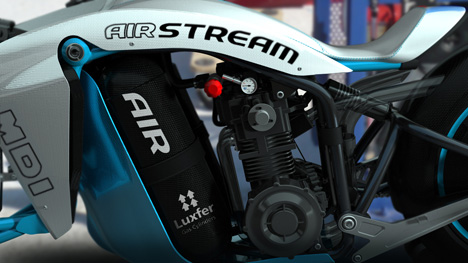 It's been a minute since we saw the last badass compressed air-powered motorcycle, so seeing as digital designer / 3D modeler Pierrick Huart finally got around to uploading the Saline Airstream to his Coroflot portfolio this past September, it's worth revisiting even a year and a half after its debut. 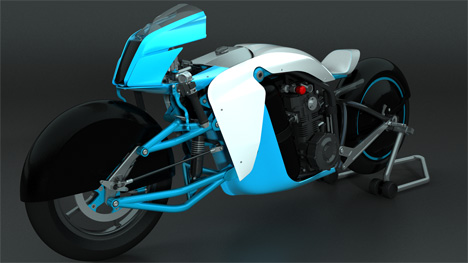 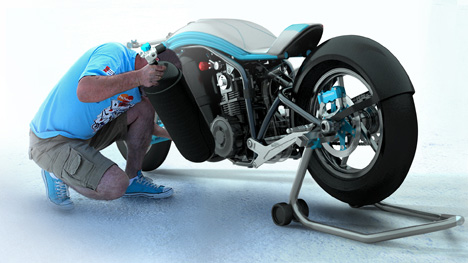 Back in March 2011, Technologic Vehicles reported that Huart was a member of one of seven teams of students from the International School of Design (ISD) in Valciennes, France, who submitted projects to a speedy brief from "Les Triplettes de Bonneville." (As such, we'd be remiss not to credit fellow team members Vincent Montreuil, Julien Clément, Thomas Duhamel and Benedict Ponton.) Described as "crazy French DIYers," the triplets selected the Saline Airstream design, when features an Alu-Magnesium chassis by Daniel Heurton and weighs in at only 102kg (224 lbs). 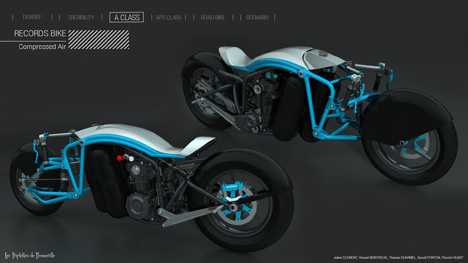 Meanwhile, Wes Siler of Hell for Leather explains the technology behind the engine far better than I could ever hope to:Pneumatic engines using compressed air as their power source aren't new. If you've used an impact wrench or other pneumatic workshop tool, then you've used a compressed air engine. The technology enjoys particular interest in France, where Victor Tatin conceived an airplane powered by it all the way back in 1879. That's where Les Triplettes des Bonneville, the team that will run the Airstream and the makers of its engine come from.

The company making the engine is MDI, which is pushing the technology in low-speed, urban vehicles. Like electricity, compressed air is zero emissions (well, technically it's emitting air...), but unlike electricity, fill ups don't take hours. You can fill a compressed air tank from a compressor or storage unit in the same time it takes to fill up with gasoline. The downside is that power output and therefore performance are so far somewhat limited, something Les Triplettes are trying to address.

The function of a pneumatic piston engine of the kind employed here is incredibly simple. Air is stored in the Airstream's three tanks at 3,626psi and fed into the engine at 363psi, where it expands, pushing the piston down. That pistons's return path exhausts the air through a valve, just like in your gasoline-powered motorcycle. 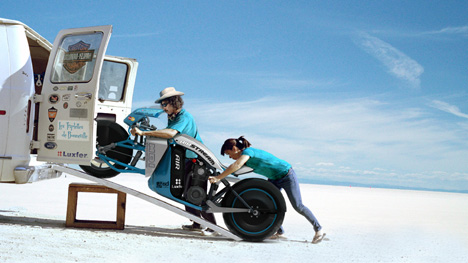 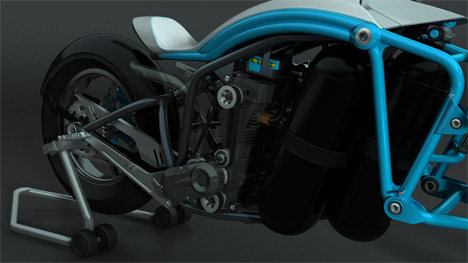 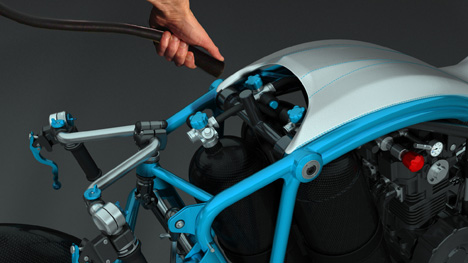 Astute readers might remember that the engineers at MDI also provided the technology for the AirPod, though I imagine the engines are quite different, seeing as the Airstream tops out at a mean 200 km/h (125 mph), three times the max speed of the Airpod. I certainly hope it's not another 18 months before a we have the pleasure of seeing a video of the bike streaking by at full speed... 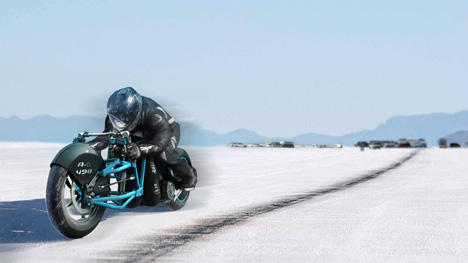 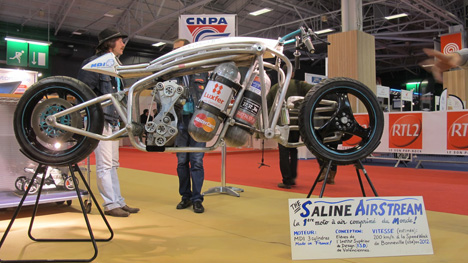 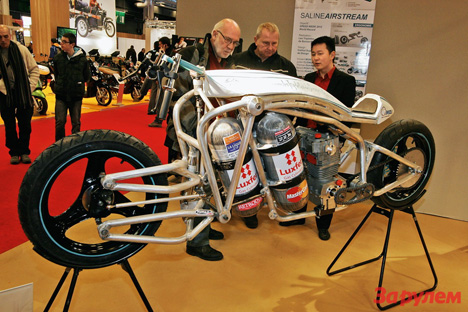