Designer Massoud Hassani hails from Qasaba, Kabul, amid a landscape ravaged and weaponized by landmines that still lurk in off-limits regions. Although the "Mine Kafon" dates back to 2011, when he presented it as his graduation project at Design Academy Eindhoven, the lo-fi de-miner was recently the subject of a short film by Focus Forward Films.

Like Theo Janssen's Strandbeests, the Mine Kafon moves with the wind; however, it's more like a tumbleweed or a clump of dandelion seeds than zephyr-powered locomotion. Hassani writes:When we were young we learned to make our own toys. One of my favourites was a small rolling object that was wind-powered. We used to race against the other kids on the fields around our neighbourhood. There was always a strong wind waving towards the mountains. While we were racing against each other, our toys rolled too fast and too far. Mostly they landed in areas where we couldn't go rescue them because of landmines. I still remember those toys I'd made that we lost and watching them just beyond where we could go. 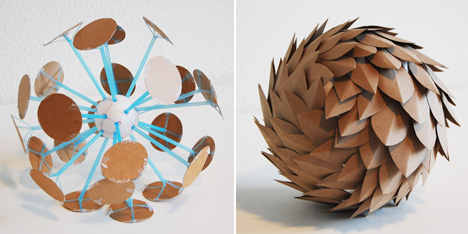 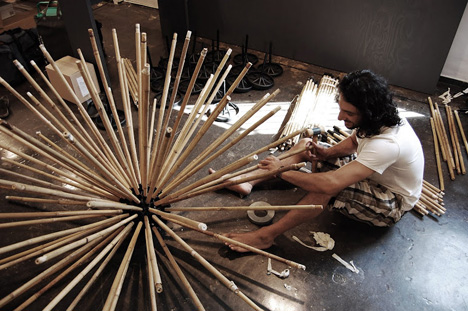 The uncanny object loses a few 'legs' with each successful detonation and Hassani estimates that a single Mine Kafon can readily handle the onslaught of three or four mines—at about €40 ($51 as of press time) to make, this is upwards of 100 times less expensive than the current cost of roughly $1,200 per mine. 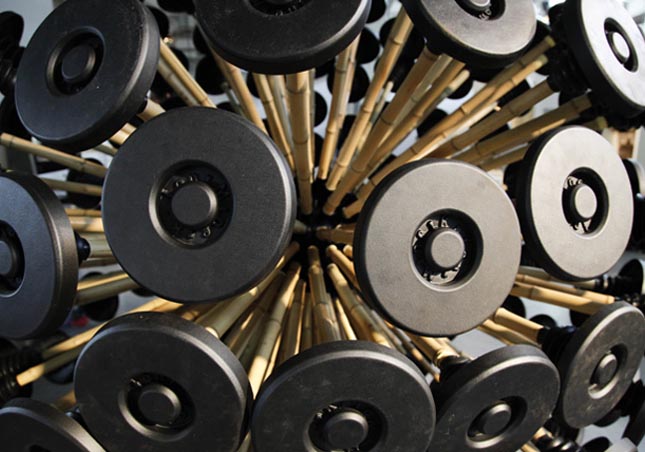 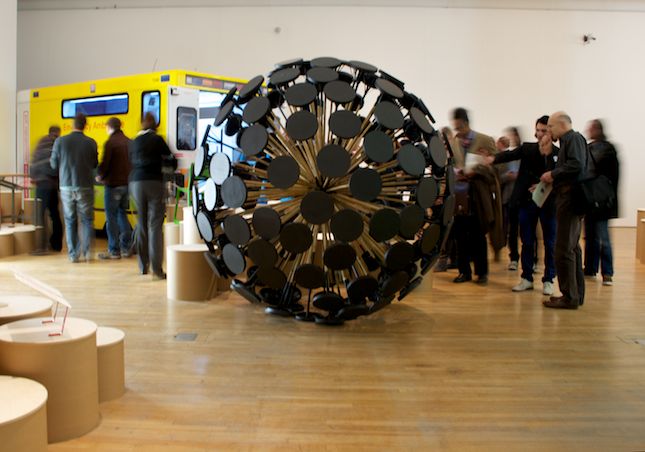 The Mine Kafon was recently acquired by MoMA, which will exhibit Hassani's work in March 2013. He's currently seeking funding partners and collaborators to bring his brainchild into production—support the project here. 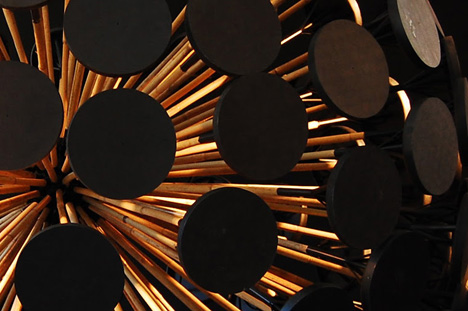