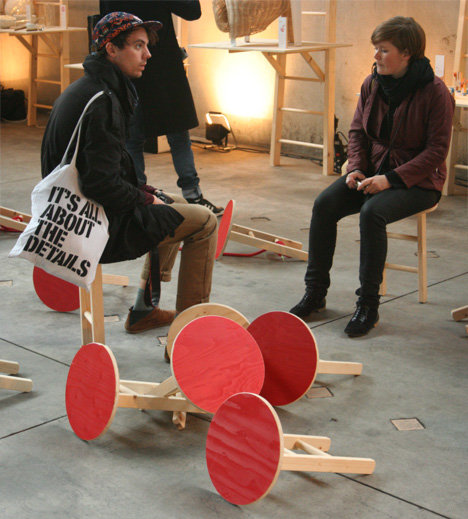 At over six months out, we're closer to the next Salone than the last one, but seeing as many of the projects we saw in April are worthy of closer examination, we were glad to see the "Sgabellissimo" stool turn up in the inbox last month. We got a first glimpse of the unorthodox two-legged stool (the pictures say it all) in Ventura Lambrate, where architect Claudio Larcher had co-curated the University of Bolzano's excellent group exhibition "Vertigini." (In addition to his faculty position at the University, Larcher is a principal of Milan's Modoloco architecture & design studio, which is producing "Sgabellissimo.") 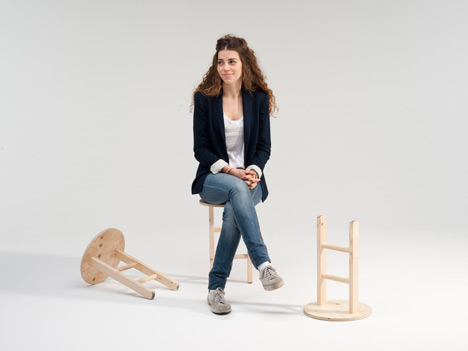 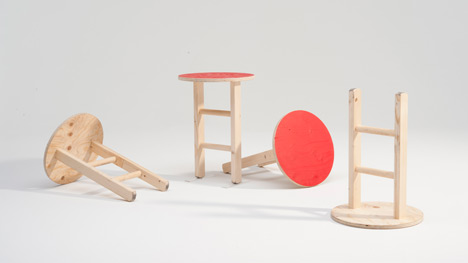 I didn't realize it at the time, but the stool can be inverted as a cartoonishly short ladder, like something out of, say, Super Mario Bros. 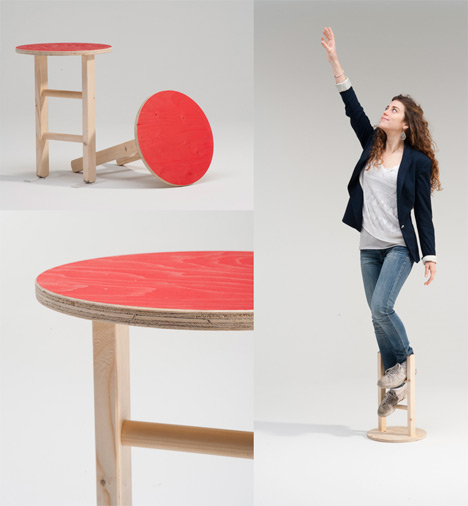 Incidentally, "Sgabellissimo" echoes the concept of another stool, submitted by designer Moritz Marder, which similarly requires balance... though it has a radically different form factor. 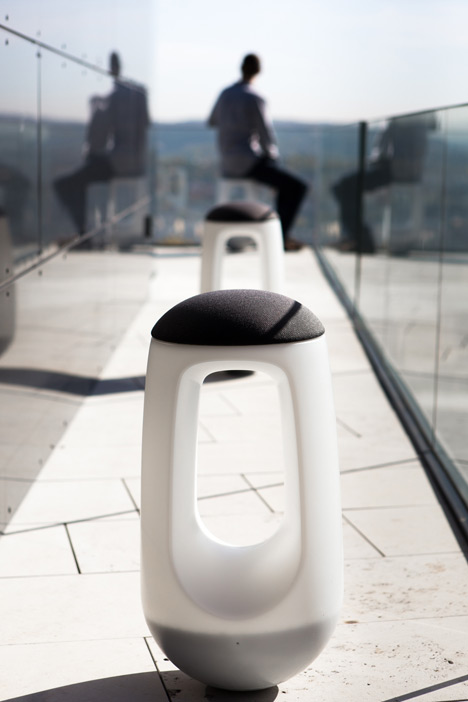 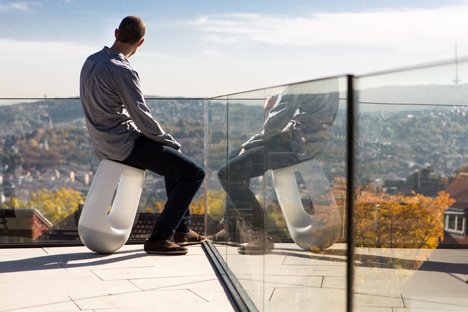 The "Tumbler" stool is weighted like a balancing toy, a curious combination of a kneeling chair and an exercise ball chair. Marder notes that "professors of ergonomics confirmed that even sporadic use strengthens your posture lastingly." 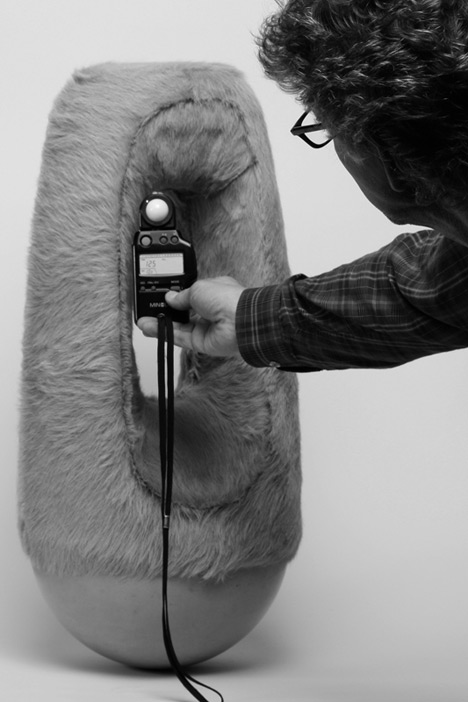 An homage to Meret Oppenheim?

Personally, I'd probably go for the former (or is that ladder?)—while they're both playful, I prefer the simplicity of the "Sgabellissimo," ergonomic benefits be damned.