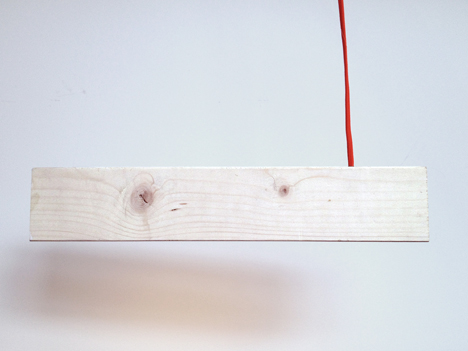 If its mundane (yet accurate) name somehow belies its understated form, it is precisely because Alexandra Burr's "2×4" lamp is a successful exercise in brevity.This pendant light is made from a simple 2x4, whitewashed to make it slightly more precious. Suspended by mono filament, it appears to float. An LED strip is hidden by a frosted glass lens. And a decorative red cord loosely stretches to the ceiling. 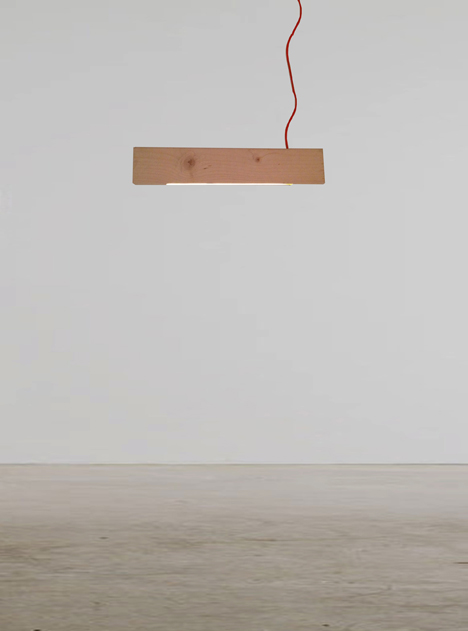 The Brooklyn-based Burr—an architect by training—is duly "material and process driven, exploring the technical challenges of the production and manufacturing process while striving to produce beautiful objects and spaces with an inherent simplicity of form." Thus, the execution of her pendant lamp is radically different from previously-seen trompe l'oeil table lamps, which achieve the magic of levitation through magnetism. 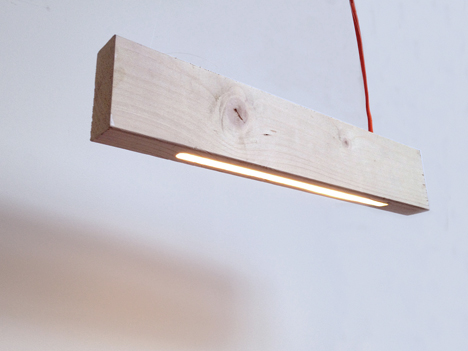 Nevertheless, the perspicuously antiseptic setting of the photographs is entirely too perfect for the minimalist lamp, and it's difficult to imagine how it might look suspended in context. While there's no denying the 2×4's elegance, I suspect that the fixture demands similarly unassuming decor (if Sébastian Cluzel's "Culinary Landscape" is too obvious, I could also see "2×4" hovering over, say, LucidiPevere's "Boiacca" table).