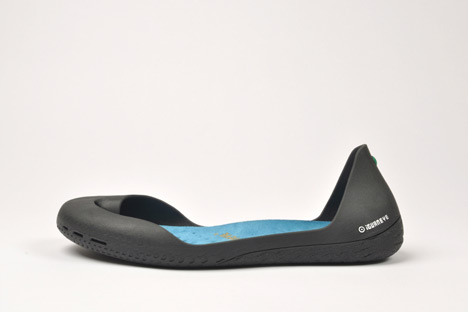 At just under halfway through his Kickstarter campaign for his eponymous "freshoe," French designer Olivier Iguaneye is only a quarter of the way to his £20,000 goal. He might be cutting it close, but we hope he reaches his funding goal for the Amazon-inspired second-skin footwear: 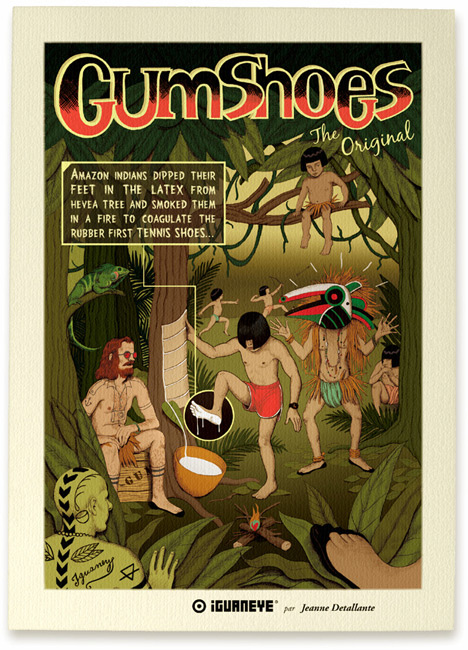 Ok, so that was just the preliminary research for the seamless slip-on shoe, based on the story that "Amazon Indians dipped their feet in the latex from hevea tree and smoked them in a fire to coagulate the first rubber shoes." The final product is far more refined, featuring slits for ventilation an anatomic form developed by footwear specialists Dulster Design. 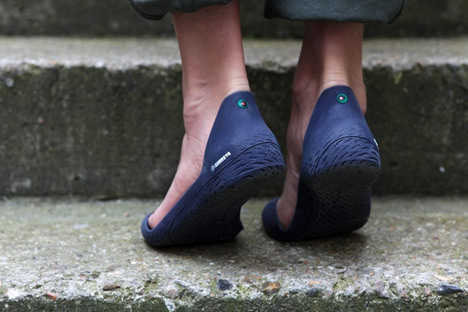 Of course, it's not the first time we've seen Amazon-inspired second-skin footwear: almost exactly a year ago, I wrote about 01M OneMoment shoes, arguably the best thing to come out of Valencia since paella (the Spanish city's design week notwithstanding). 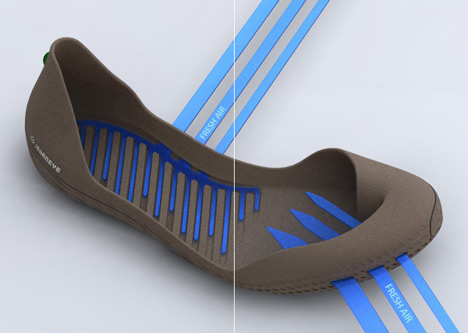 However, upon closer inspection, Iguaneye's shoe actually strikes me as quite different from the 01M OneMoment. Yes, they're both examples of lightweight, packable footwear that is designed to feel like walking on bare feet—with the advantages of protection and traction—but the Iguaneye Freshoe is one step removed (so to speak) from the superlatively minimal 01M OneMoment. The aforementioned ventilation speaks to the hygiene concerns of Core commenters, as does the included leather-coated cork insole:The fact that the insoles are removable allows you to change them. For example, after a long day of walking, you can put a fresh pair for the evening and let the first pair dry. You can also decide to change the color of the insole. When your insole is worn, you can buy a new one to replace it without throwing out the main body of the IGUANEYE. 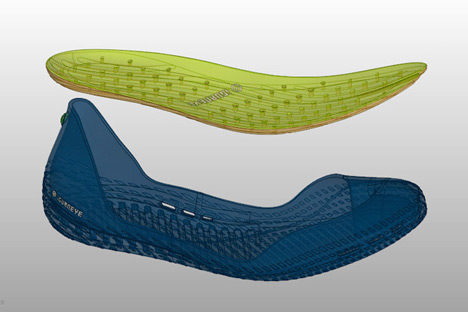 I'm 'soled' (sorry) on this latter innovation: I've been wearing the insoles from my Outlier × FEIT Supermarines in a pair of cheap Chinese plimsolls (based on a tip from founder Abe) and I can't imagine how I got by without 'em. Insofar as the extra support also provides orthopedic comfort for tentative would-be barefooters, I'm curious to try the Iguaneye Freshoes just for the insoles. 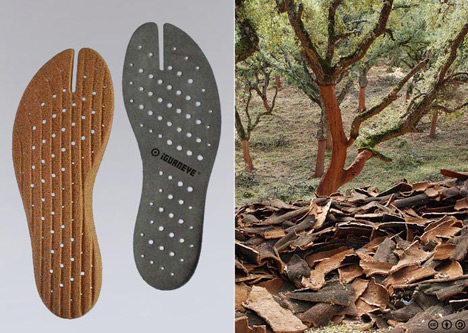 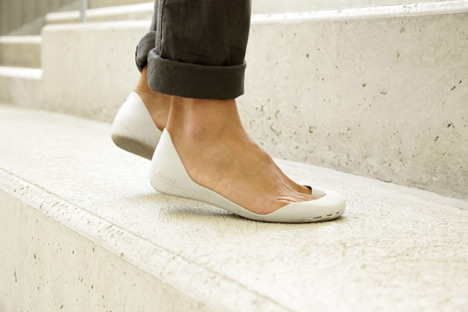 Nevertheless, the form factor is easily the most obvious difference between the two: insole aside, I find the Iguaneye version to be a bit feminine, its silhouette somewhere between a ballet flat and a slipper. Comfortable and practical though it may be, I don't know that I'd say it's a particularly flattering look for a man... which is exactly why I was excited to see that Iguaneye linked to this badass Pirelli commercial starring canonized superhuman Carl Lewis:

What do you think? Supporters can put their money where their mouth is—instead of putting their feet there, as it were—and throw down £40 to preorder on Kickstarter.