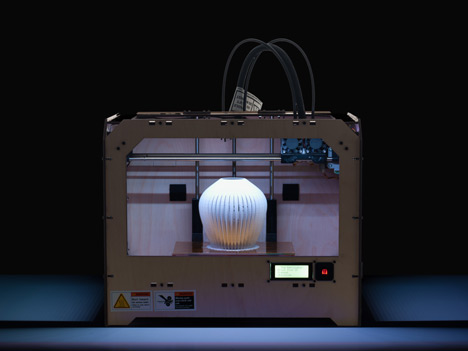 We picked up on Samuel Bernier's "Project RE_" even before he was recognized as Runner-Up in the DIY category of this year's Core77 Design Awards, and he might just be in contention for 2013 with his latest project, "Dentelle." Taking it's name from the French word for lace, the project was inspired by a simple repair job:When I moved in my new apartment, the last owner had left [an IKEA] Rigolit lamp in the middle of the living room. An object that looks like a fishing rod holding a big paper cloud. The lampshade was ripped everywhere and Scotch tape was holding it together. This huge volume was always in the way and we kept bumping our heads into it. One day, I had enough and decided to buy a new lampshade to replace the paper one. Everything was either too expensive for me or extremely ugly. Also, the closest IKEA was an hour away... by bus.

What does a designer do in such a situation? He makes! A few hours later, thanks to affordable 3D printing, a unique lampshade was made. I couldn't stop there, so I designed 2, 3... 12 different ones, using always the same shape and changing only the color and the texture. They take between 4 and 12 hours to print, use absolutely no support material, weight between 50g and 100g and cost less than $5 to print. 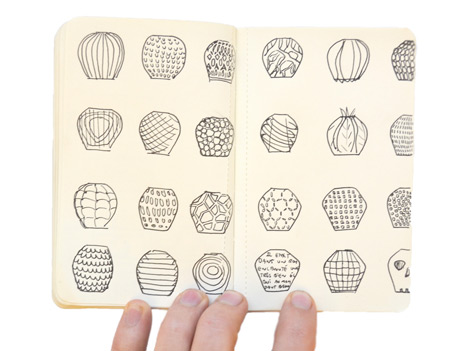 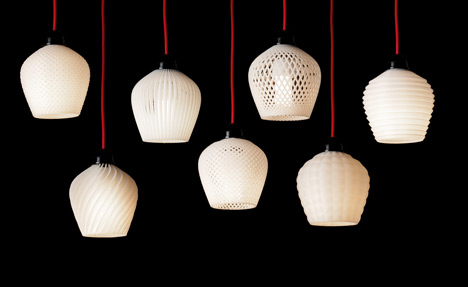 As in his "Project RE_," Bernier's approach captures the spirit of the Fixer's Manifesto to a tee, revitalizing a superficially damaged object with ingenuity, a bit of elbow grease (and a spool of ABS, of course). 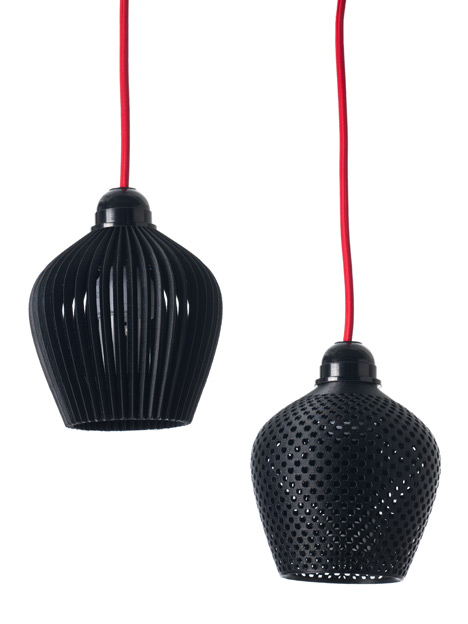 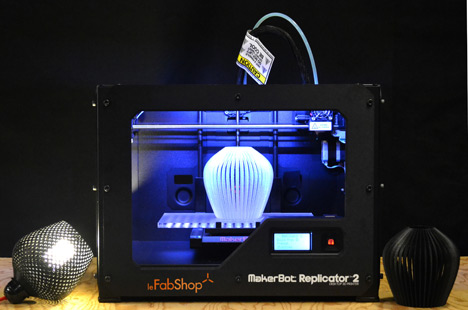 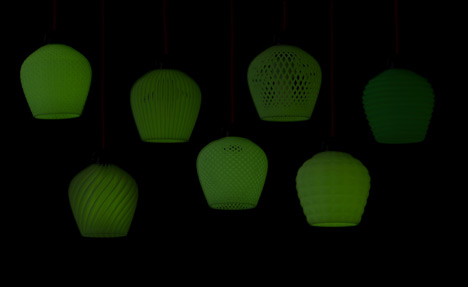 Where Andreas Bhend's recently-seen IKEA hacks included instructions à la the Swedish furniture giant's pictographic booklets, Bernier has seen fit to customize a part of the whole. But if they're disparate yet equally creative approaches to DIY making, perhaps the next step is for the two to join forces: Andreas, if you're reading this, we'd love to see you guys collaborate on a series of IKEA hacks with bespoke 3D printed parts and instructions...