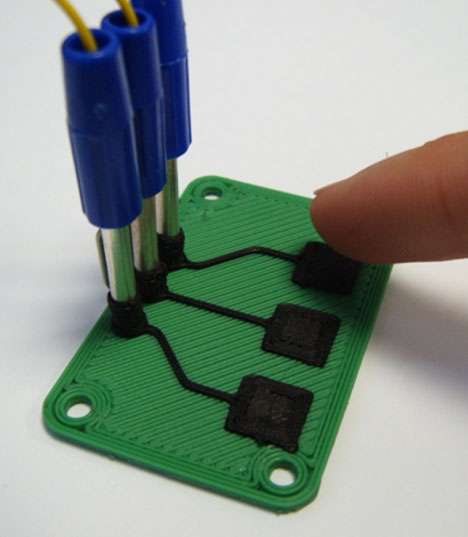 Those of you unenthusiastic about 3D printing might have had the same thought as Dr. Simon Leigh: "It's always great seeing the complex and intricate models of devices such as mobile phones or television remote controls that can be produced with 3D printing," he said, "but that's it, they are invariably models that don't really function."

With that in mind Dr. Leigh, a researcher at the University of Warwick's School of Engineering, decided to do something about it. He and his research team developed a material called carbomorph, which is basically an inexpensive, printable plastic. It can be loaded into any of the rash of low-cost 3D printers we see hitting the market. But here's the thing: it's conductive. 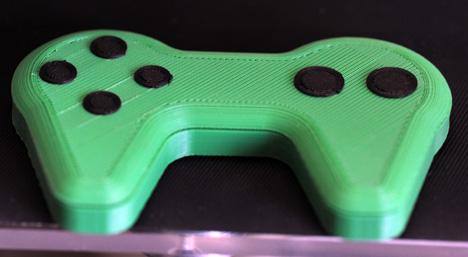 What this means is that owners of 3D printers can spec electronic tracks, sensors, and touch-sensitive areas into their designs, and print out things like functioning game controllers or sensor-embedded objects. (To prove the latter, the research team printed a mug that could detect how much liquid it was holding.) Of course you still need a connection point, but it's as simple as printing sockets into your object, and then you can connect things like Arduino controllers. 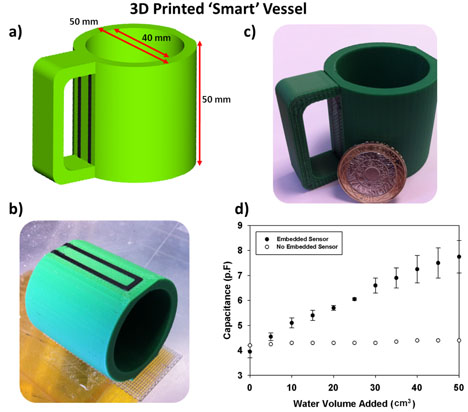 Dr. Leigh and company even 3D-printed a wearable glove with touch sensitivity built into it, so that flexing fingers would cause a change in resistance in the sensor printed inside of it. 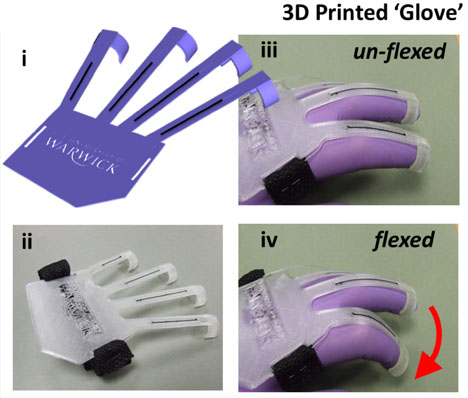 ...An 'exo-glove' was designed consisting of a main body of 3D printed clear PLA and strips of carbomorph embedded over each finger to detect resistance changes upon movement of the finger.... The whole device was printed in a single, un-paused print run with the flat back portion of the 'glove' printed first.

This is one of those materials advances that's so mind-boggling I can't quite get my head around it yet. But it looks like I've got some time; The University of Warwick press release makes no mention of a commercial release date for carbomorph.