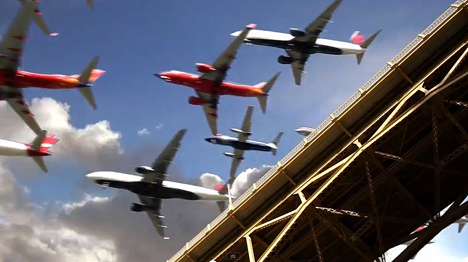 Two months ago, an aviation filming fanatic known on YouTube as cargospotter uploaded this footage of London Heathrow. By running the footage at high speed, he reveals how tightly the planes are packed together into a landing queue. It's also interesting to see how much the wind buffets each plane on its way in—they look like insects trying to navigate a breeze:

Nice touch with the little straggler at the end.