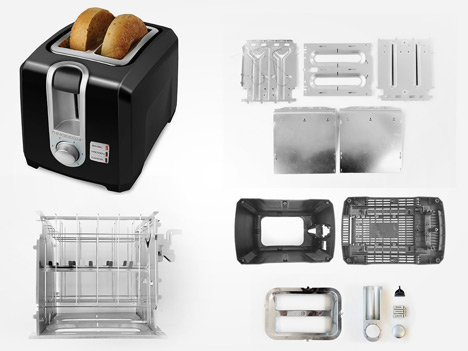 Redesigning the toaster is a canonical exercise for fledgling designers, but despite the hundreds of thousands of toaster concepts that are surely generated by industrial design students in bread-eating countries the world over, the humble appliance remains the subject of unparalleled scrutiny. (The irony, of course, is that sliced bread is so often cited as the last 'greatest' thing... or perhaps it has become a platitude precisely because toasters are so irascible.) 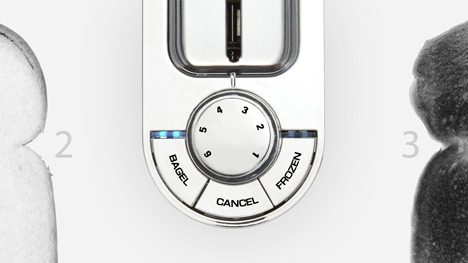 That didn't deter Basheer Tome of GeorgiaTech, whose Fall 2012 project "Hue" is, as far as I know, the first toaster that detects the actual color of the toast in order to meet the user's toastiness preferences. Noting that "even the best toasters are inconsistent and unpredictable," Tome set out to solve the problem once and for all, identifying certain universal issues with toasters:-Unpredictable on First Use: The majority of toasters measure toast based on time yet with zero standards or consistency between brands, models, and toasters, how do you know... the right setting on the first attempt?

-Inconsistent Results Every Time: With dozens of variable factors such as type of bread, climate, and more, time becomes an incalculable measurement and each attempt to toast a slice of bread a gamble requiring users to anxiously hover over their device.

- Filled with Stopgap Features: Top selling toasters include features like "bagel," "frozen," and "lift and look" but all of these simply act as band-aids to cover up the root of the problem: toasters are blind to their contents and their users don't trust them. 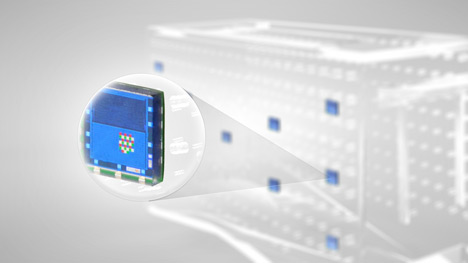 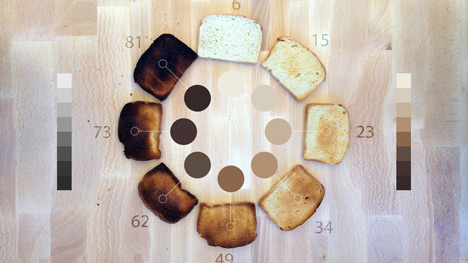 Thus, Tome took it upon himself to correct the error of the toaster's ways: where once it was blind, now it can see. "Hue harnesses the power of an array of color sensors via a simple interface in order to intuitively and smartly toast bread to that perfect shade of golden brown."What you see is what you get. Hue has the ability to see color the way you do so toast is browned to precisely the color you've set regardless of variations in time, climate, or more. Toasting only stops once the sensors hit their mark.

Hue adapts with no extra settings. Because bread only caramelizes once it reaches around 340°F, it doesn't begin browning until it has completely thawed and heated back up and the sugars begin breaking down. 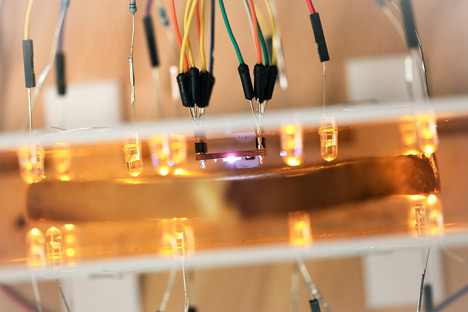 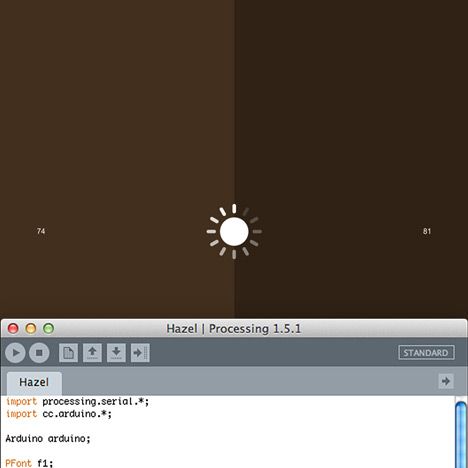 Easier said than done. Tome employed the very latest in DIY technology to develop his first prototypes:A simplified electronic prototype of a single toasting slot was created and run by a processing sketch that connects to an arduino and color sensor in order to output the sensor's data into the background color of processing's drawn canvas. Pressing the spacebar while running the sketch saves and compares between two values. 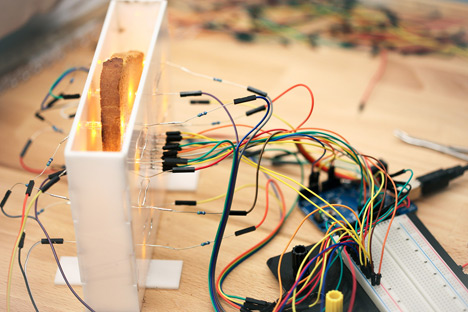 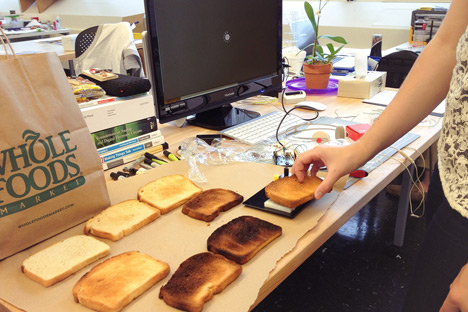 Thermochromatic ink and nichrome wire heating elements were additional pieces of the puzzle, allowing "The perforations on the exterior shell of the device only appear once the toaster heats past 90°. The internal light of the heating element then shines through and reinforces the concepts of color, light, and change." 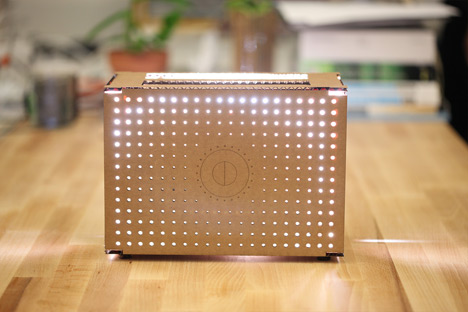 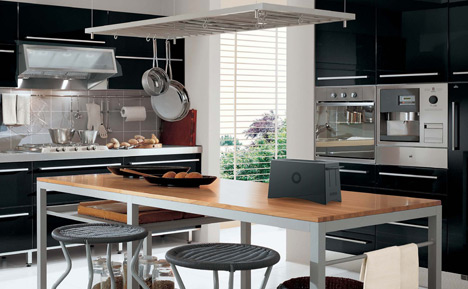 See more, including animations and slideshows of the process, at the project page on Basheer's portfolio. 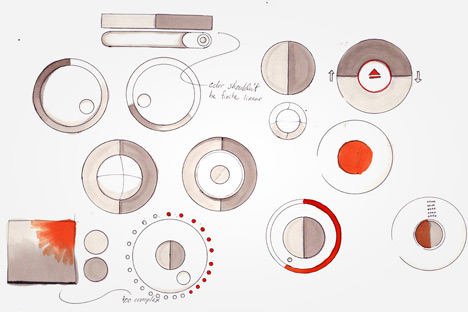