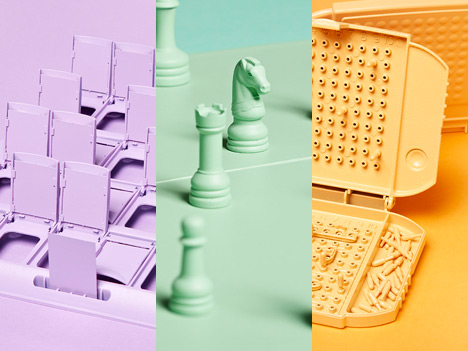 Henry Hargreaves is a photographer who made his way to Brooklyn via his home country of New Zealand, but he's dabbles in Duchampian diversions in art and design as well, such as "Deep Fried Gadgets," a series of photos of the very same. He's back with a similarly conceptual project called "Game Over!":Taking games from my childhood I wanted to strip away the color making the games themselves useless but draw the views attention to how beautiful and sculptural the forms themselves actually are. 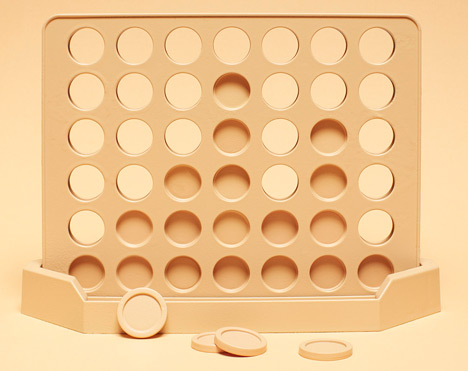 Of course, Hargreaves hasn't quite stripped away the color, as each composition is a study of monochromatic boards and pieces set on backgrounds of the same pastel color. Besides the fact that each of the games is instantly recognizable, I was also interested to see how a lack of color cues hinders or altogether obviates gameplay. Connect Four becomes an abstracted distribution curve; the jigsaw puzzle is demands superhuman sensitivity to infinitesimal variations in size and shape. 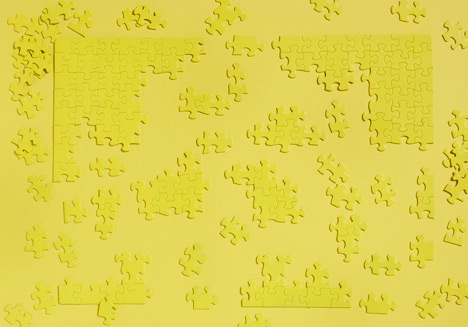 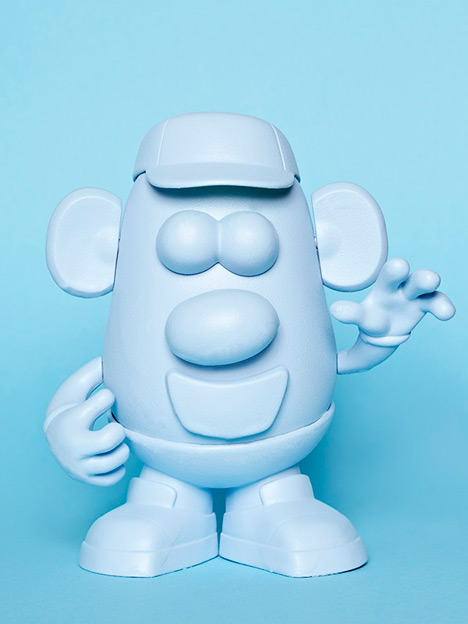 Mr. Potatohead, on the other hand, becomes a sculptural version of the unmistakable toy, a work of Pop Art to the Minimalist mini-sculpture of the Rubik's Cube, which is unsolvable precisely because it is unscramble-able. 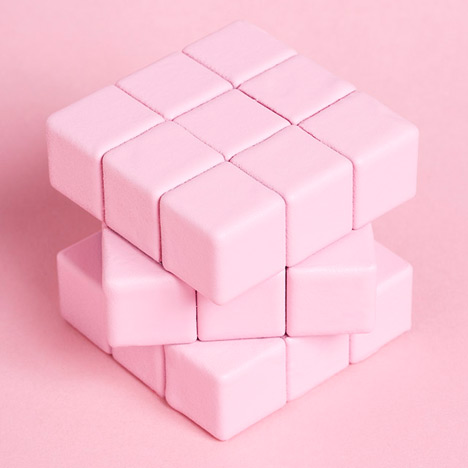 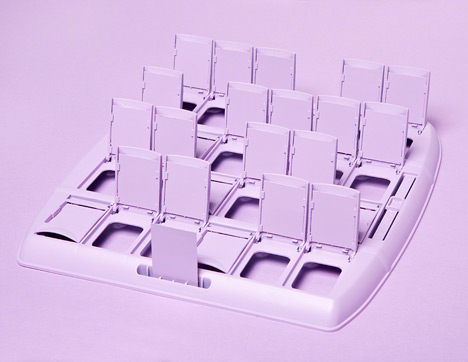 If the solo puzzle games are elevated to abstract art, two person games are a bit more complicated. Guess Who is patently meaningless, but Battleship is almost playable: since the pegs are undifferentiated on the leaderboard, you'll have to commit hits and misses to memory, imparting another layer of strategy to the simple game. 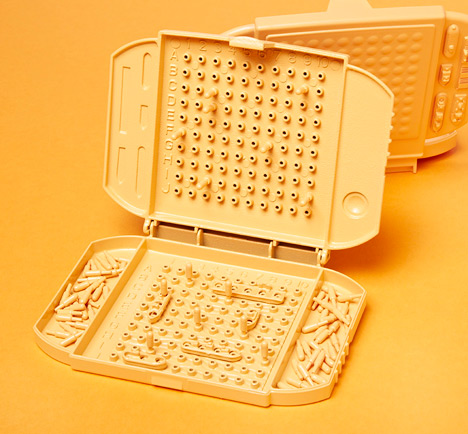 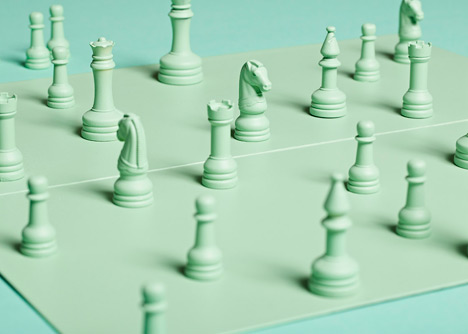 Similarly, the implications of monochrome are definitely (and perhaps unsurprisingly) the most interesting in the case of the chess set, imparting a pair of additional challenges. Not only does the modified game require a decent sense of spatial relationships—the 8×8 grid vanishes in a sea of pale green—but players will have to keep tabs on upwards of two dozen pieces during the midgame. I don't know that I'd go so far as to say it's a metaphor for guerilla warfare, but it's definitely a very different game.