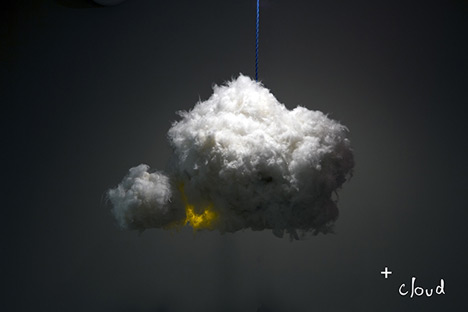 Designer Richard Clarkson's brings a highly detail-oriented approach to his consistently well-executed work, whether it's crafty, comfy or concept-y. As the inaugural term of SVA's Products of Design program draws to a close, Clarkson is going out with a bang with "The Cloud," a "semi-immersive lightning experience [that] introduces a new discourse for what a nightlight could be." The gauzy exterior—made from hypoallergenic fiberfill felted to an armature—of the miniature cumulus conceals its internal electronics, including lighting elements and a speaker, which are activated by controls on the Cloud's base. 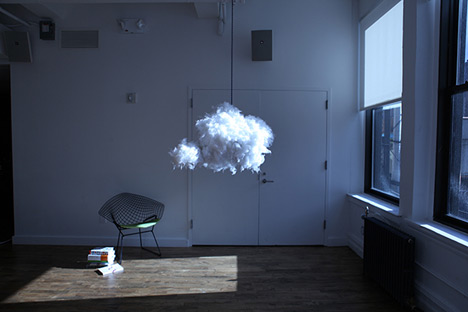 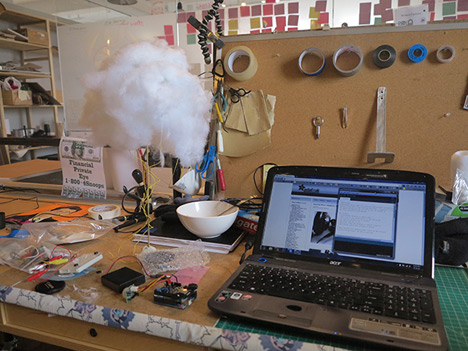 In his own words:Advances in physical computing and interaction design hardware over recent years have created a new breed of smartobjects, which are gaining more and more traction in the design world. These smartobjects have the potential to be far more interactive and immersive than ever before. And what is exciting is that it's becoming increasingly easier and cheaper to become a part of this new kind of making, with DIY and hacker community initiatives such as Maker Faire, Instrutactables and numerous others. This project aims to capture the essence of this kind of designing—where ideas and process are shared for others to use and expand upon.

The animated gif can't quite steal the thunder of the video (after the jump)...

Whereas Micasa LAB is taking the 'black box' approach with their weather-forecasting version of an indoor cloud, Clarkson is turning to the crowd to explore the potential of his cloud. 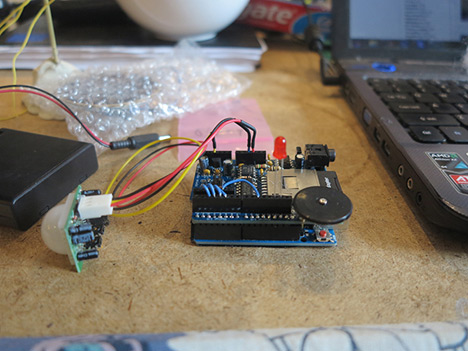