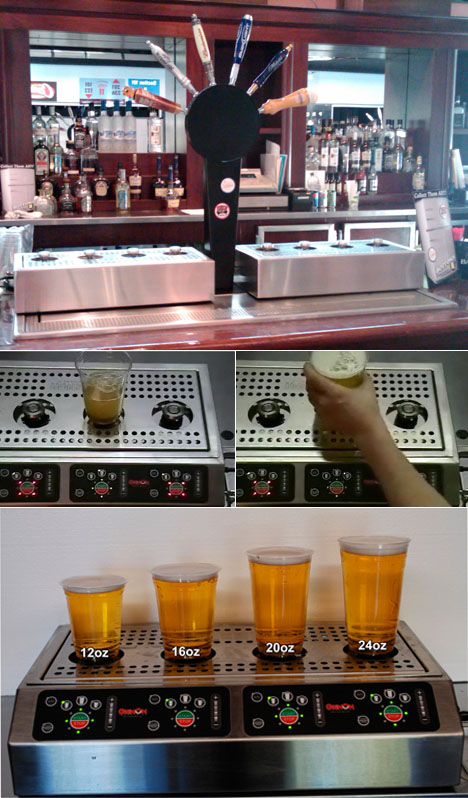 Many of us enjoy a beer after work (and some of you, during), but for the most part we're not in a rush; we understand the tap dispenses beer at a set pace, and I almost like the anticipation that comes with watching the glass slowly fill with amber up to the top.

In a sports stadium, however, you want beer NOW. You sneak away from your seat because they called a time-out and you think you can make it back before they take the ball out; otherwise you wait in an interminable line during halftime, wondering if the Miami fan behind you will ever shut his mouth, or if he'll require your assistance.

To beer people faster, an Indiana-based company called GrinOn Industries has invented the Bottoms Up Beer Draft Dispensing System. As the name suggests, the system's innovation is to inject beer into a cup through the botttom, which greatly speeds the filling time—they're claiming it's nine times faster than a tap, and that one person can fill 44 pint cups in one minute—while leaving a decent head on the brew. Observe:

So how does it work? As you've guessed the cups are proprietary, and feature a circular magnet in the bottom that seals the cup after it's lifted off of the dispenser. 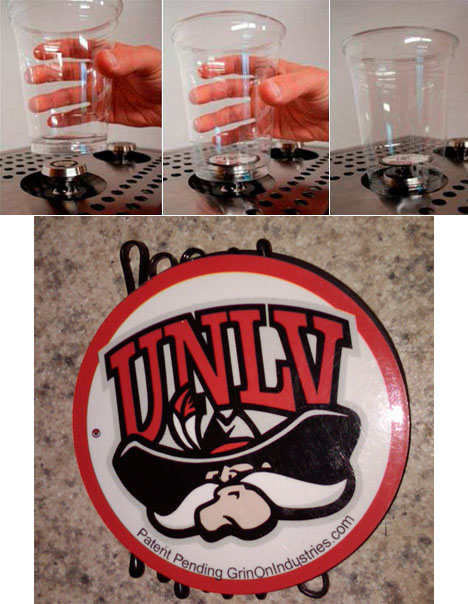 The magnet probably sounds wasteful to you, but a company called In The Drink Advertising sees it as an opportunity. They're partnering up with GrinOn to print advertisements on the magnets, which fans are meant to take home and use as refrigerator magnets. 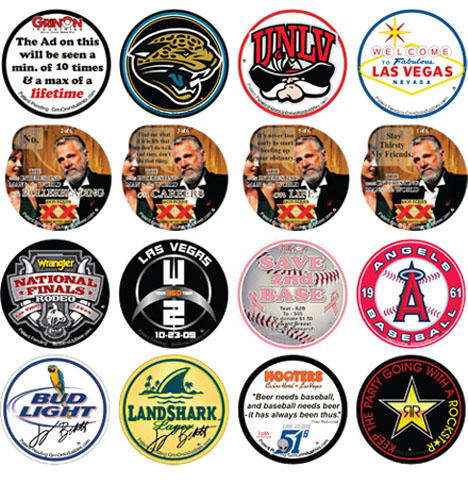 ITDA's rationale is interesting: "This little ad space on the [magnet] is one of easiest ways to reach a target market that is 21+ years old, in a good mood and has disposable income." I think the "good mood" part depends on whether we're beating San Antonio or losing to Miami.