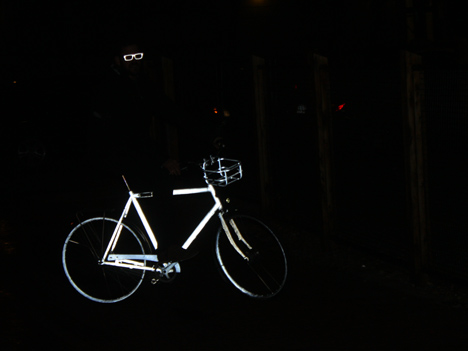 The criteria for the ultimate urban bicycle varies widely from rider to rider, but cyclists, pedestrians and motorists alike can agree that visibility is paramount. We see plenty of lights—Sparse is just the latest of many—but there is growing interest in alternative illumination for alternative transportation. 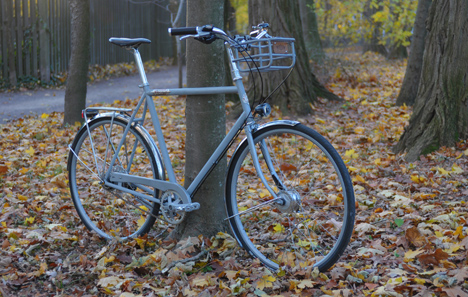 As a bike law specialist, Boston's Joshua Zisson combines his passion for cycling with his JD, extemporaneously sharing his thoughts and experiences on his blog, Bike Safe Boston. He recently posted his long-awaited custom city bike, featuring hub dynamo-powered lights, an ad hoc brake light (activated by decreasing voltage from the dynamo), internal gearing, fenders and a chainguard—in a word, the works. 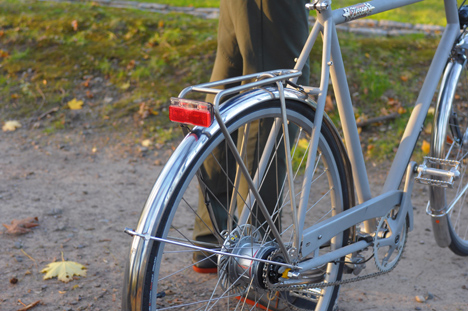 But the most salient feature of the bicycle isn't visible to the naked eye: the frame and fork (built by Ted Wojcik) are powdercoated with a custom retro-reflective paint job by Halo Coatings. "Unlike existing retroreflective tech that's produced as a laminate (think 3M Scotchlite), Halo came up with an ultra-durable reflective coating that can be applied to just about anything (metal, plastic, rubber, etc.) at a fraction of the cost of reflective tape." 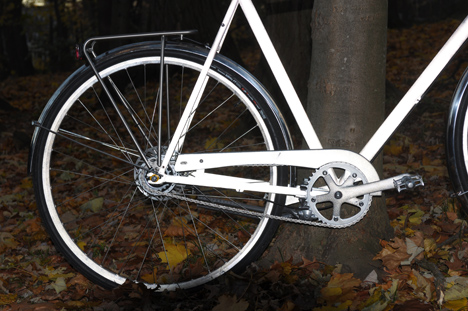 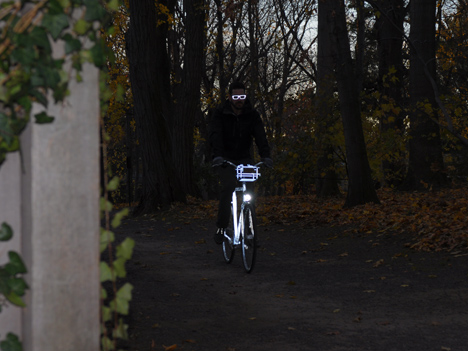 Adhesives certainly have the advantage of convenience—Brooklyn-based artist/designer Tonky quadrupled his Kickstarter goal for "Rydesafe" decals earlier this year—but Halo offers a more permanent solution. Zisson explains:When you shine a light on most surfaces, the result tends to be either "diffuse reflection," where the reflected light is sent out in all different directions (ex: a matte chalkboard), or "specular reflection," where the light is sent out in a single direction (ex: a mirror), or some combination of the two (ex: a glossy whiteboard).

This illustration shows how light reflects when shined on most surfaces.

A retroreflective surface does something different. Instead of diffusing light that's shined on it, or sending it out in another direction, a retroreflector sends the light back in the direction of its source. 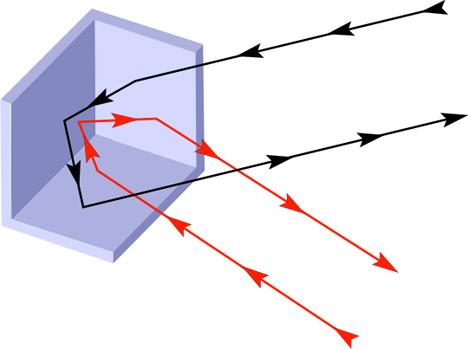 The light enters the retroreflector and is sent back towards its origin.

By directing light back to its source rather than scattering it, the returned light from a retroreflective surface can be seen at a much greater distance in low light conditions.

That's why the reflectors on your bike glow to drivers at night: the light from their headlights hits them and is sent back in the direction of the car, making the reflectors appear to shine much more brightly than surrounding objects. 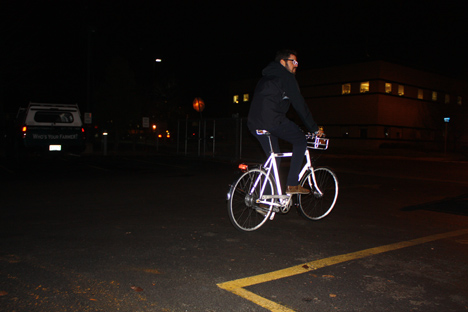 Halo's proprietary UV-stable and environmentally-friendly coating is tested to industrial standards—it's used for highway barriers and the like—so it can withstand the harshest city riding conditions. 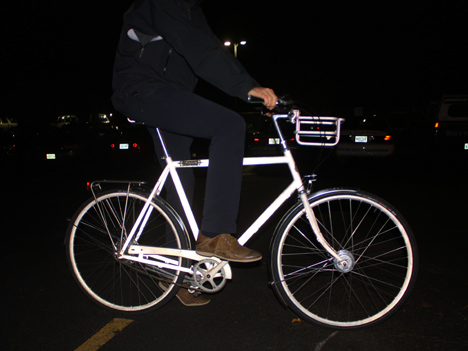 I didn't realize it the time, but Rob Tsunehiro and Silas Beebe used the very same coating for their Oregon Manifest entry (below), which took home second place at last year's competition to design and build the ultimate utility bike. 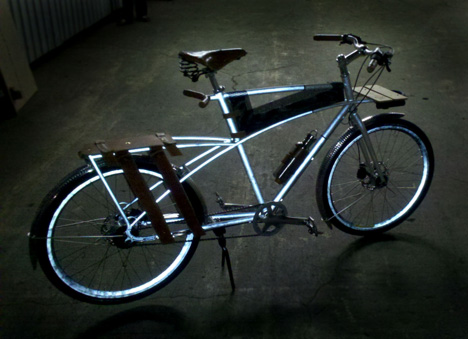 I'm not sure how long it will be before retro-reflective coating catches on with the major bicycle manufacturers, but it looks like it's no trouble for custom paint jobs—Halo's formula can reportedly be compounded in different colors. 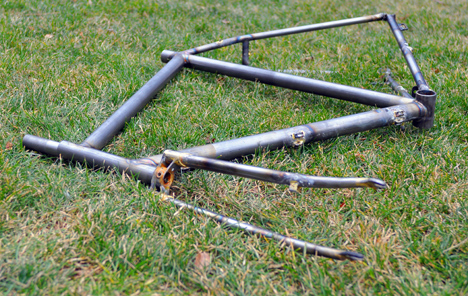 See more images of the bike, both in raw and painted states, on Constance Winters' Flickr page

Throw on a Nike Vapor Flash jacket (as seen in their Medal Stand collection) for maximum effect. 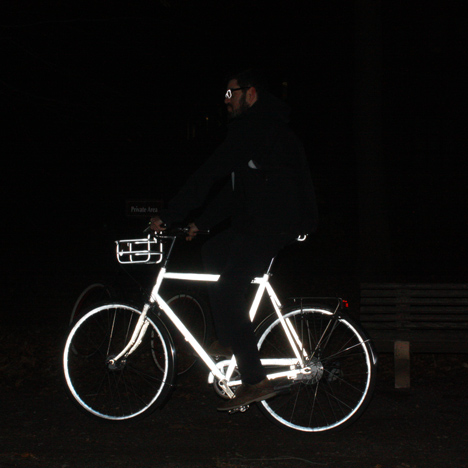 See also: A Closer LOOK at Paving the Way for Safer Streets (and Where the Thermoplastic Meets the Road