The 'Aspirin Point': Micro-Ergonomics, Anyone? 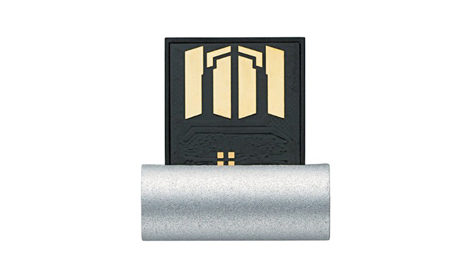 It'll be a while yet before full-blown computers get there, but storage devices are finally starting to hit what I'll call the "aspirin point."

I still remember being in a class taught by Karim Rashid at Pratt, where he was talking about immateriality and objects essentially disappearing. (This was in the early '90s, and this naive college junior thought he was crazy; turns out he wasn't.) He pointed out that the active ingredient in an aspirin pill was so miniscule that no one would be able to physically handle it, so 90-something percent of it was just powder, to give the thing enough mass for us to pick up and pop in our mouths. One day, he said, technological objects would have this same issue.

I was reminded of this by seeing this ridiculously small USB flash drive, which barely seems big enough to get two fingers on. Elecom's been selling the things in Japan, a nation crazy about miniaturization, in both 16GB and 32GB capacities. 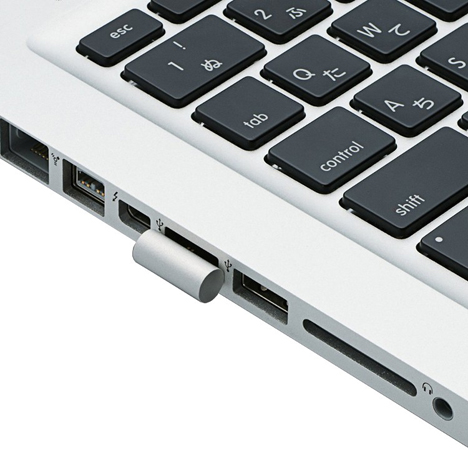 In any case, the point Rashid was making that day was that once the object essentially disappears, designers would have to focus on designing the experience of using it, rather than the form of the thing itself. I'm not seeing that here with Elecom's device; I want a little more context, like where this thing goes when you're not using it. Aspirin comes in a bottle, and I'd like to see something like this incorporated into a ring or something always on hand. Because while I love that they've gotten it this small, I know for sure I'd lose the thing.

The 'Aspirin Point': Micro-Ergonomics, Anyone?