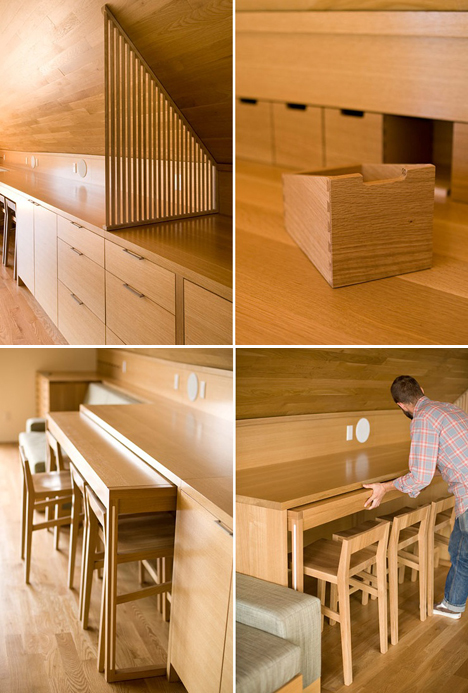 "Form Follows Function" is a tall order while renovating a space, where the outside form is already established—think of an attic space with a pitched roof, for example--and where you need to get it into the rectilinear form we humans like living in. But there are some great examples of intelligent design being used to solve this problem in the following Portland, Oregon, apartment space.

Undertaken by PATH Architecture along with Phloem Studio and Earthbound Industries, the latter two organizations being part of Portland's Beam & Anchor outfit, this studio renovation in Portland's Laurelhurst Park neighborhood sought to turn the second story of a garage into a liveable apartment. As you can see from the exterior shot below, they had to deal with quite the crazy pitched roof: 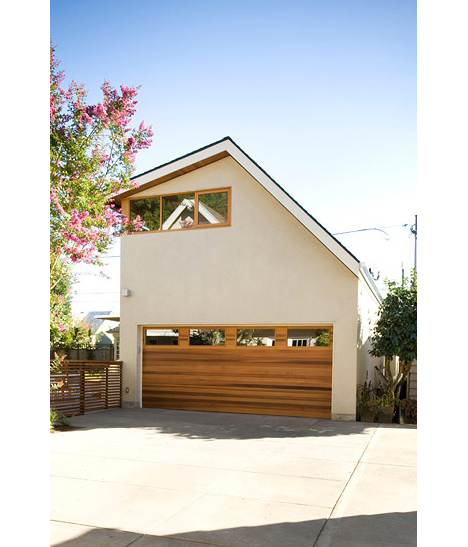 Getting inside the space, we can see what design and engineering solutions they've used to fill the triangular spaces where the ceiling meets the floor. First off, fill the least-useable space at the bottom of the triangle with the HVAC:

The remainder of that side of the room would be filled with built-ins: 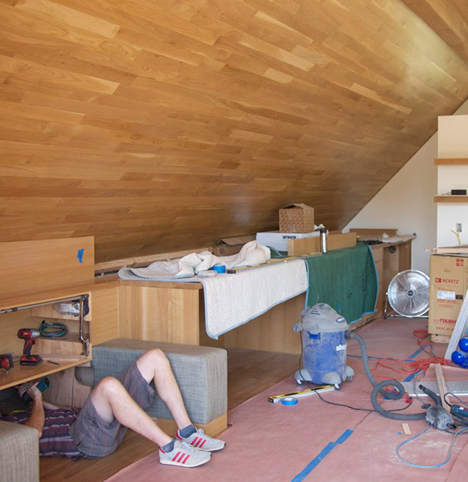 The design of the built-in components take into account that you've got more legroom there than headroom. As one example, it means you can fit flat-file drawers whose seemingly shallow intrusion into the space belie a much greater depth. We also dig the drawer cubbies above it, which disappear into the wall. 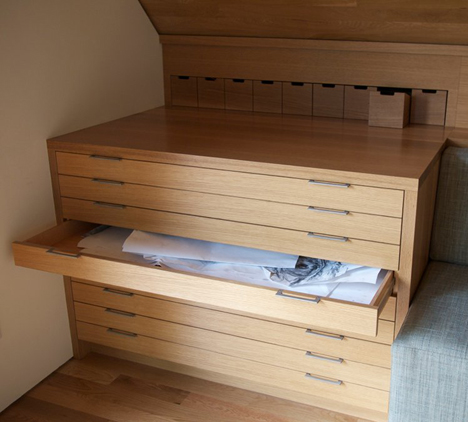 Here's another really cool way to exploit the extra down-low space: What looks like a couch (upholstered by yet another Beam & Anchor stablemate, Revive Upholstery)... 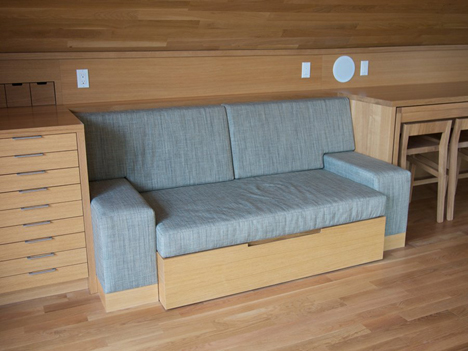 ...actually has enough depth behind it that its seating surface is comprised of the edge of an entire flat mattress, which can be pulled out to turn it into a full-size bed. 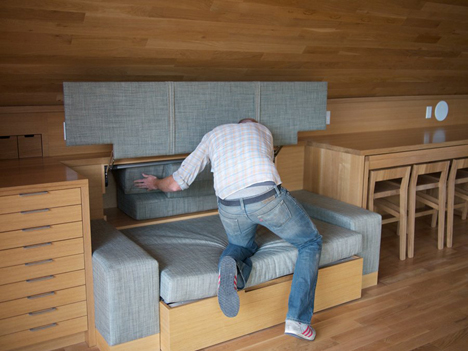 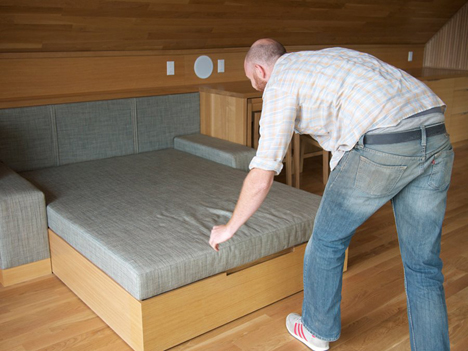 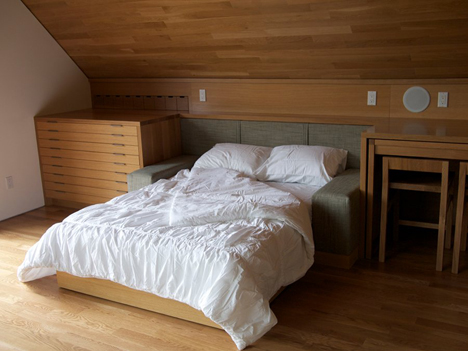 Neatly tucked into the wall is this deceptively shallow counter space... 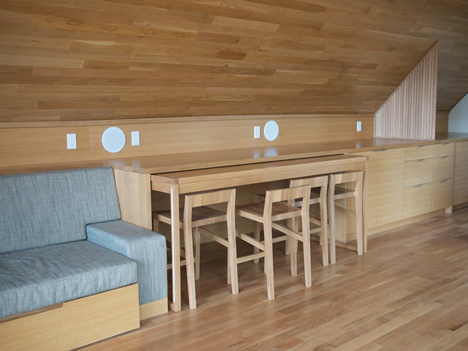 ...that actually conceals a table and seating for four... 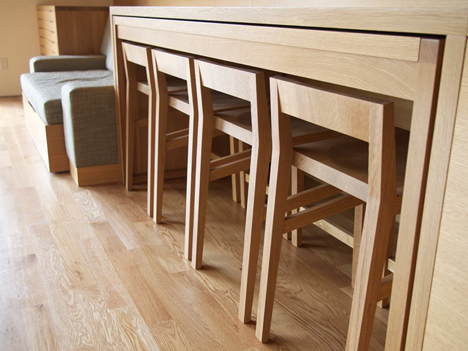 ...which can be pulled out into a good-sized dining table. 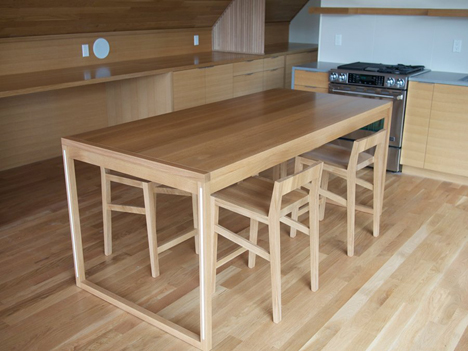 There's plenty more photos of the space, including over-alls that our width-limitations wouldn't do justice to, here and here.