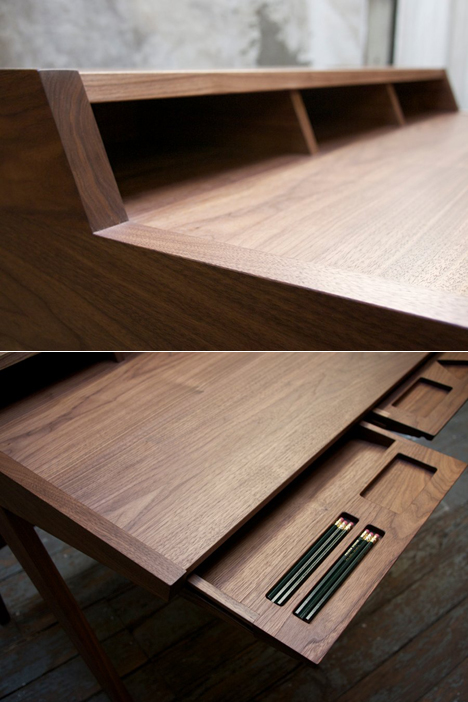 There's at least one more Phloem Studio project I've got to draw your attention to, because I love the finished product and because Phloem designer/craftsman Ben Klebba has populated their blog with our favorite thing: Process photos and explanations. 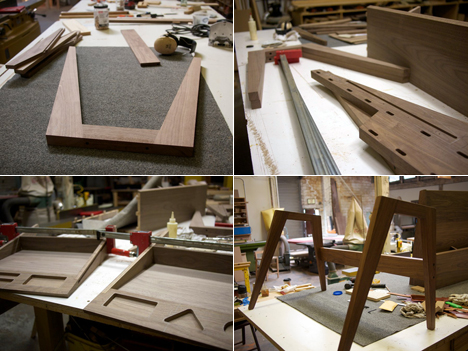 It's called the Laura Desk, and Klebba initially designed it for ShowPDX, a biyearly Portland-based furniture design competition. While the finished product is done up in the customer's choice of ash, cherry, walnut or white oak, Klebba first worked it out using plywood and maple scraps for the top and legs, respectively. 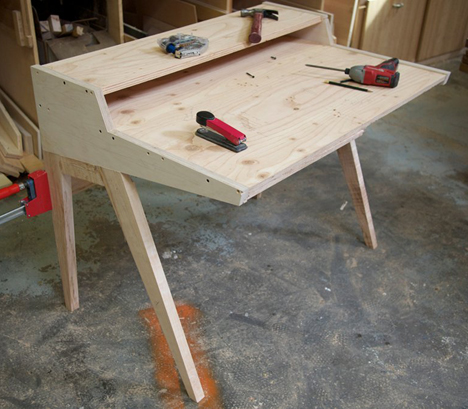 The tabletop of the finished desk retains plywood as the core component, but as it's mean to be a writing desk, it's covered with a thicker-than-usual hardwood veneer. 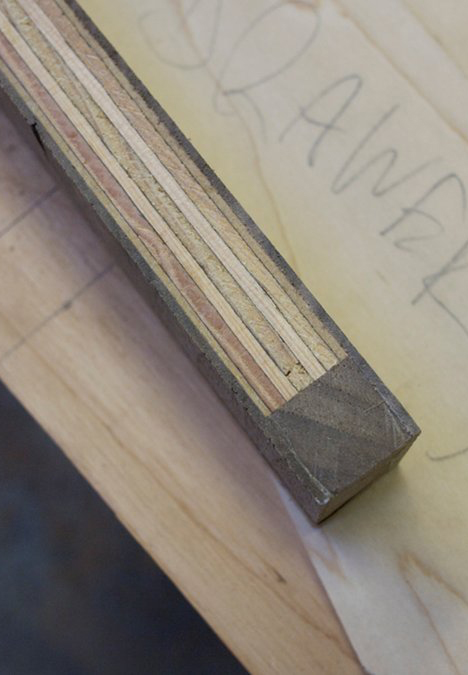 "Even high-quality plywood with premium veneer has veneer that is only less than 1/32" thick," Klebba writes. "On a writing surface, this absolutely will not wear well over time. We choose to hand cut and stitch 1/16" thick veneer and lay it up over a solid plywood core. This produces an heirloom-quality writing surface. You'll never see it nor be able to tell, but it's one of those very important hidden details that truly matter."While it was probably not Klebba's intent, if you saw this detail inside the drawer and thought of a certain singles album by The Police, your next beer's on me: 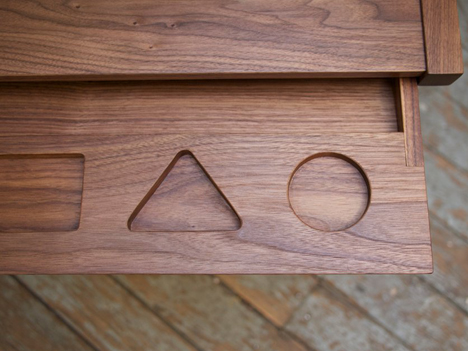 That '80s trio aside, Klebba is straightforward about his design influences, citing both George Nelson's Swag Leg for Herman Miller, and the "simplicity and craftsmanship" of Shaker furniture. But there's one feature the Shakers wouldn't recognize: Two cord ports hidden in the back of the cubby, allowing you to route cables without coming over the back of the desk.

The Laura Desk is made to order, with a lead time of eight to ten weeks. 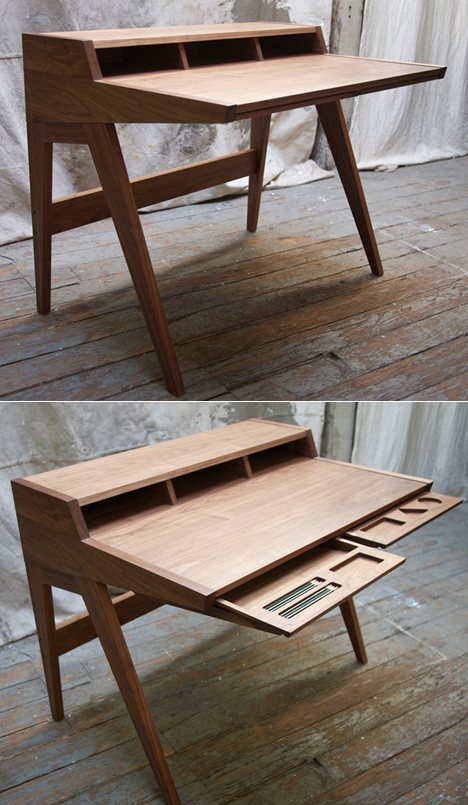