Hell in a Handbasket: Bulletproof Backpacks 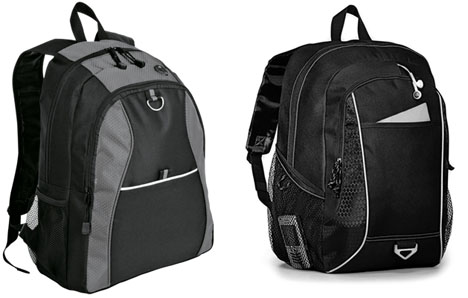 This is where we're at as a society.

The backpacks are meant to be used like shields that children crouch behind. Some news sites are circulating photos of children using the backpacks to do this. (I realize these are meant to be instructional, protective measures, but I found the images too disturbing to post here.)

The men running each company, Elmar Uy and Derek Williams, respectively, both have children of their own.

Uy and Williams, who are both fathers, recognize that bulletproof backpacks and the inserts their companies sell aren't a solution to surviving a school shooting.

"There is only so much you can do," Williams said. "The bottom line is, having some armor is better than none. I don't want my kids to be unprotected in schools, which are becoming increasingly violent."

Amendment II plans to donate a portion of their sales to the families of Sandy Hook victims, Williams said.

"On Friday my business partners and I were in tears along with everyone else. We're all fathers," he said. "We can't do much except do what we can and what we're good at, which is making good body armor."

Hell in a Handbasket: Bulletproof Backpacks