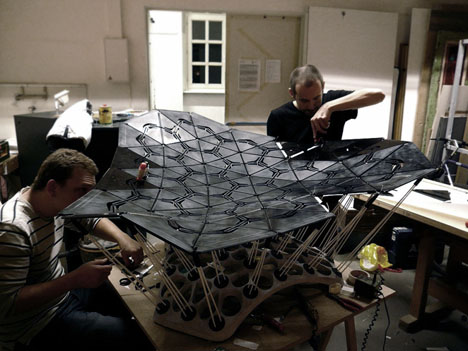 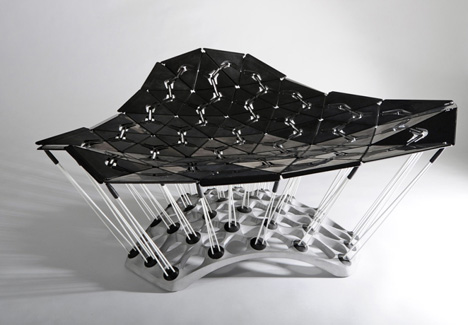 Berlin-based design duo Thomas Hiemann and Markus Dilger have created a super-technical piece of furniture that defies categorization. Dubbed the 1001, the piece's goal is "permanent adaption of the surface to the human body," according to Hiemann and Dilger's blog, but we believe that may be a German-to-English translation error; we're guessing they meant "persistent" rather than "permanent." In any case:

[The designers] adopted various approaches as a means of controlling spatial movements. CAD was essential in order to simulate specific deformation of the surface and, in subsequent work stages, to shape this deformation in all its conditions. The aim was for 1001 to be formally convincing not only as an object but also in every possible use situation. More than 30 clusters, each consisting of three elastic rods, are mounted on a [semi-]spherical base and support the reclining surface, which has a corresponding geometrical pattern but consists of rigid segments. 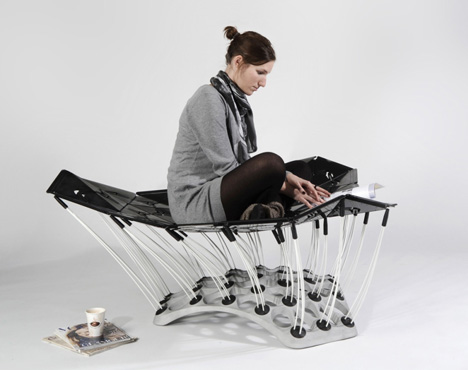 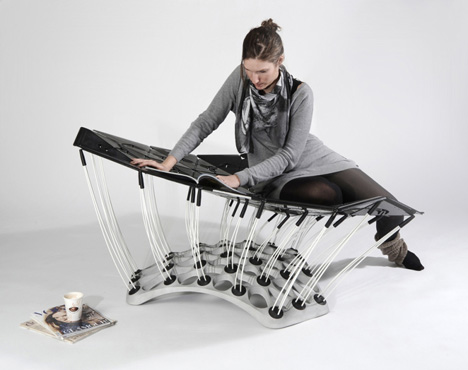 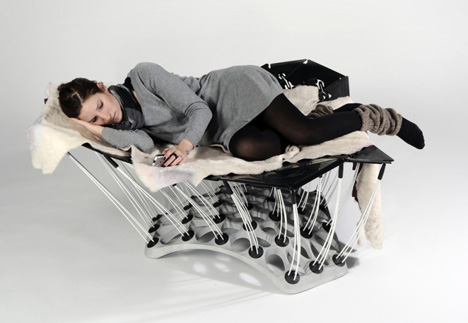 While the piece is currently making the blog rounds, misinformation abounds: Many are referring to it as a "magic carpet," assuming the "1001" project name alludes to 1,001 Arabian Nights; however, a previous collaboration by Hiemann and Dilger, which also defies categorization—the best we can come up with is it's a sort of fractal-based room divider, though we're painfully aware that misses the mark—was named 0801, indicating they simply prefer numerical nomenclature.

Additionally, a well-regarded design blog even refers to the 1001's base as being "wooden," though there are photos clearly showing the base being sandcast (using what we're guessing is aluminum) and having the flash taken off with an angle grinder. 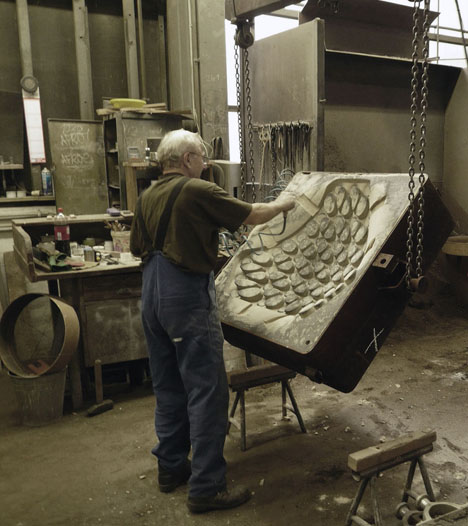 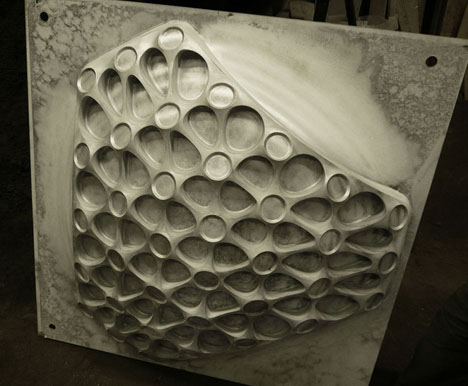 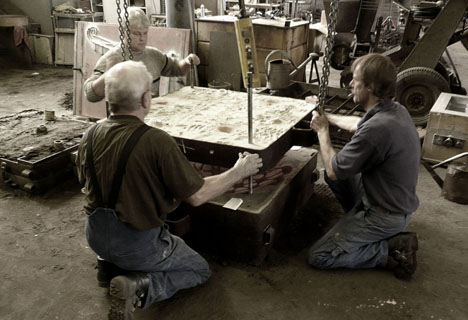 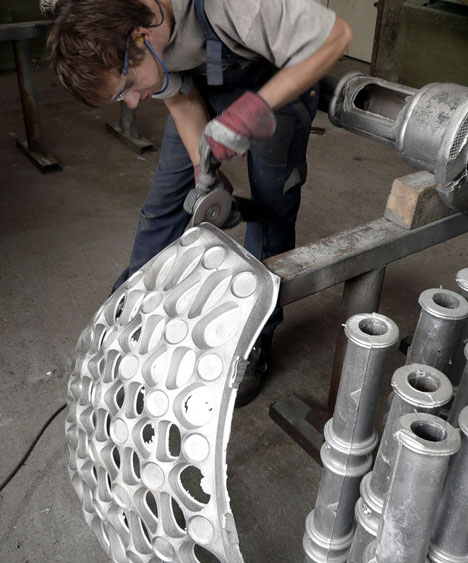 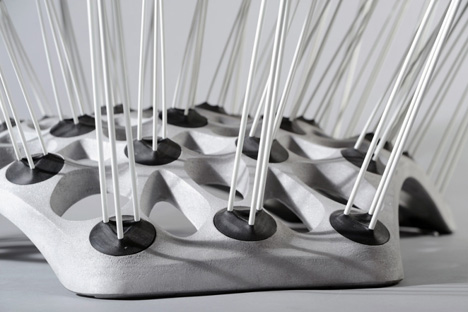 Hiemann and Dilger are mum about what the actual materials are, saying only that the stalks have "elastic" qualities. In addition, there's little ink on both the project's future and the duo's background. We know that they developed the project in the University of Kunste Berlin's ID5 Interactive Systems program, and little else; as for Hiemann and Dilger themselves, they say "Our work is driven by hands on prototyping and manufacturing as the result of [our] iterative draft design process. In this process we combine cutting-edge technologies, production methods, traditional craftmanship and materials, including collaborations with various partners." If we can learn more about the pair, we'll post it.