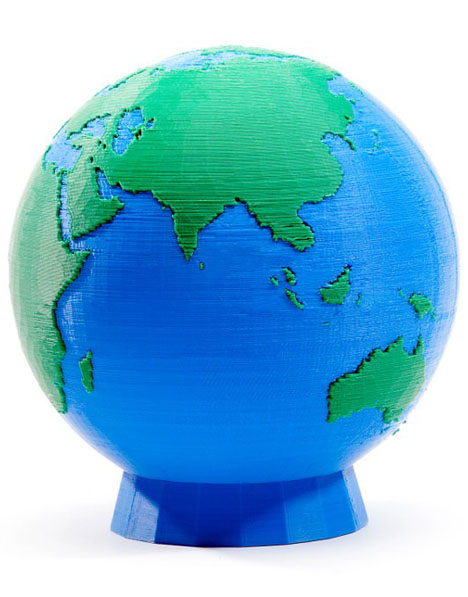 Insofar as digital fabrication hardware has evolved at a steady pace, we were excited to see several new developments in additive and subtractive fabrication, though it was the former that was increasingly making headlines in the world at large in 2012. While the fabled tipping point for 3D printing remains elusive yet, this year also saw a bit of backlash to the growing hype, as well as a couple potentially far-reaching IP controversies, inevitable speed bumps for emerging technologies. Digifab evangelists continue to herald a shift from the economics of supply-and-demand to that of supply-on-demand, but our latest pulse-reading indicates that the market for 3D printers remains more niche than mass. 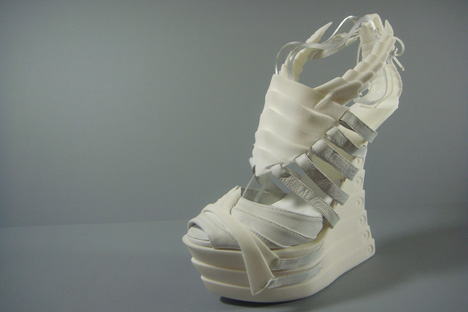 If we're hedging our bets on the long-term car-in-every-garage-scale adoption of 3D printing, we were excited to report on innovations big and small, from assembling livable spaces down to accelerating nanoscale lithography. In fact, the past year saw new applications across a broad spectrum of fabricated objects, from pediatric prosthetics and skeletal sculptures, and it's only a matter of time before it will be possible to 3D print interactive objects, whether they're optically-enabled or materially so. (Plastics proved to be quite versatile indeed, as designers developed ways to 3D print 'furry' tiles and a 'sweater' iPhone case.

Meanwhile, as we reiterated in an opinion piece on the Future of 3D printing,* the advent of the public makerspace/fablab marks the first step towards bringing 3D printing to the messes, echoing a notion that's been in the ether for a couple years now. (Commentators speculate that Amazon or IKEA might do well to move into 3D printer space, but no one expected Staples to make the first move in late 2012.) NYC's 3D printing proselytes MakerBot hopes to carry the momentum from the recent opening of their storefront in Lower Manhattan into 2013. Similarly, local digifab on-demand concern Shapeways got Bloomberg himself to cut the ribbon at their forthcoming Factory of the Future in Queens. 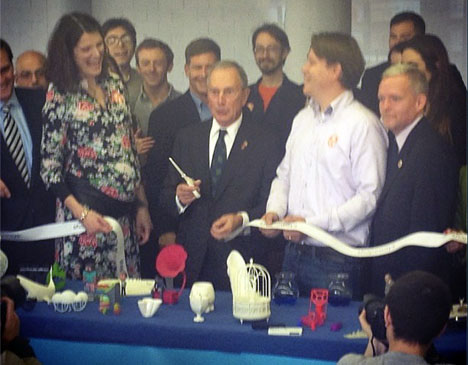 But even in the past six weeks, the ever-expanding horizon of 3D printing has grown into a legally nebulous space. While the Tangibot debacle quietly subsided after its Kickstarter campaign ended unsuccessfully in September, an (unrelated) crowdfunded 3D printer attracted a bit of unwanted attention last month. The upstarts at Formlabs had raised a cool mil in funding in the time it takes to 3D print something, netting nearly $3 million for their competitively-priced SLA machine within their month-long campaign (if you'll excuse the terrible but irresistible pun, the FORM 1 printer provided an early New Year's 'resolution' for the maker community). However, it turns out that the IP behind the two-decade old technology is a point of contention, at least for the longtime stereolithographers at 3D Systems, who are taking legal action against not only the newly-flush Cambridge-MA digifab outfit but their crowdfunding platform of choice as well. 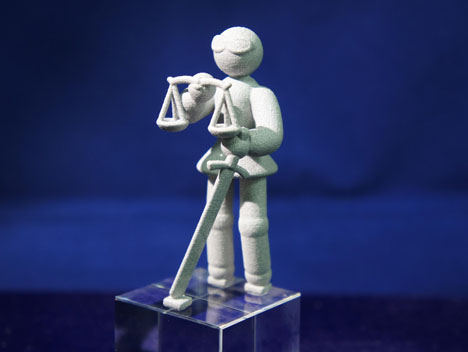 If it remains to be seen if the Cubify case is a landmark for the brave new world of online entrepreneurship, we're also keeping our eye on Defense Distributed, home of the Wiki Weapon project, which raises the timely question of certain Constitutional rights that are far too complex and controversial to get into here. Now that Pandora's box is open, we'd like encourage discussion and proactivity on the part of legislators (once we get over the fiscal cliff, of course).

Growing pains aside, we should also mention that the most popular 3D printing post of the year was not about a cultural shift or a technological breakthrough: rather, it was the semi-viral, quasi-throwback DIY Fisher Price record (...that, and the 3D-printing 'photo booth' in Tokyo). 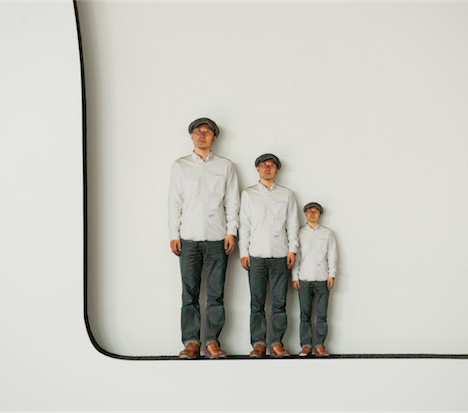 Of course, this past year also saw several promising new short-term developments in another area of digital fabrication, the acronymous subtractive process of Computer Numerically Controlled tools. We're looking forward to new developments (and hopefully news re: availability) for practical tools such as the World's Smallest CNC platform, a jigsaw-like handheld CNC cutter and the portable 3-in-1 CNC machine. (NB: This last machine is also equipped to extrude, but we haven't heard anything from PopFab since July...) 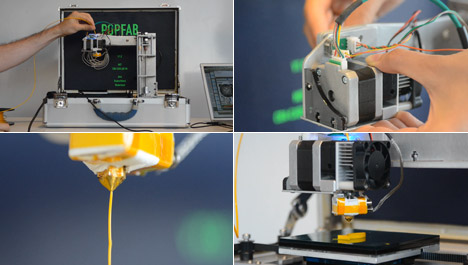 Even as 3D printing cemented its status as the flagship technology for the modern maker movement (a.k.a. the Industrial Revolution 2.0) in 2012, virtuous epicycles of DIY innovation remain on the threshold of public consciousness. We predict that the coming year will see even more widespread awareness of these technologies, while competition will grow more cutthroat as the saturated niche begins to crossover to a mainstream audience... to say nothing of the advances in prosumer-friendly SLA.