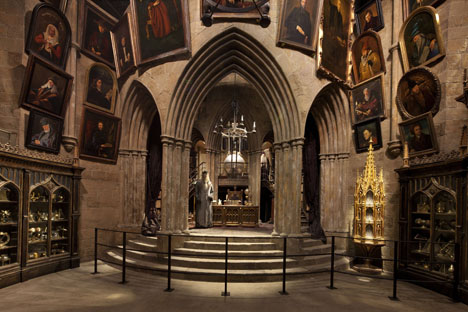 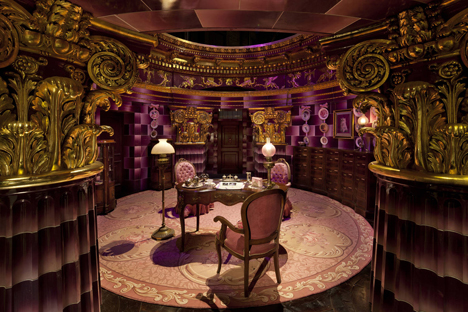 As an industrial designer, it's gratifying to see something you worked on sitting on a store shelf or showroom floor. Conversely it's depressing when a project you toiled over gets axed and never sees the light of day. But it is set designers who must experience the most mixed emotions of all: They will spend months creating props or environments that will definitely get made--but that will then be destroyed after filming, to make room in the studio for the next project.

One grand exception of this occurred not in Hollywood, but in Leavesden, England. Bear with us while we break this down:

The L.A.-based Thinkwell Group is an "experiential design firm" that designs, among other things, amusement parks. Towards the tail end of the filming of the Harry Potter series of movies, Warner Brothers tasked Thinkwell with creating a post-film-franchise attraction, to keep the money coming in after the series' conclusion. Thinkwell headed out to Warner Brothers' Leavesden Studios in the UK, where all of the Potter films were produced and where the sixth was then being shot, and made a startling discovery: The filmmakers had saved nearly everything. Props, sets, models, and elaborate constructions dating all the way back to the first film had been stored in a massive airplane hanger and spilled over into a further 200 shipping containers.

As one example, check out the sick "Snake Door" from movie #2, The Chamber of Secrets. I saw it years ago, and blithely dismissed it as CG, but it's a working motorized prop:

Nutty, no? And while the video can give you the misimpression that the door is small, check out this photo showing the scale of it: 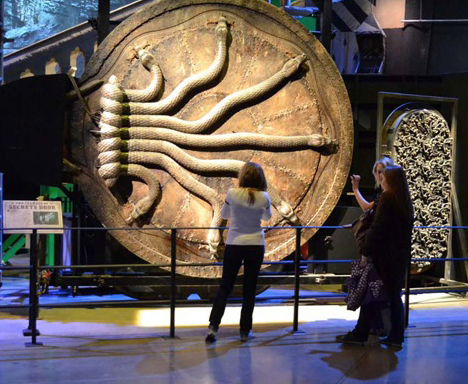 Another thing I'd seen in the movie and assumed was CG was the Hogwarts castle: 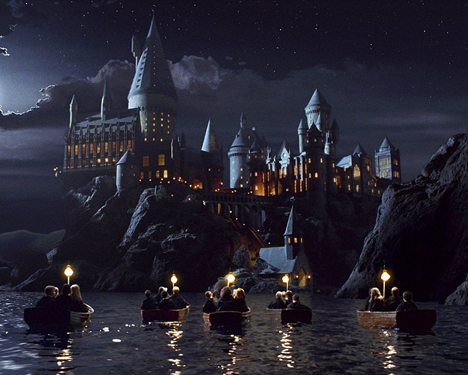 But nope, turns out a team of people actually built the thing, at 1:24 scale. That means it's a massive 70 by 70 feet square and 26 feet high. "It is meticulously made and was in 19 major pieces with additional spires on top," said Thinkwell project director Cynthia Blackstone. "You don't even know how to describe it when you first see it; it's stunning." 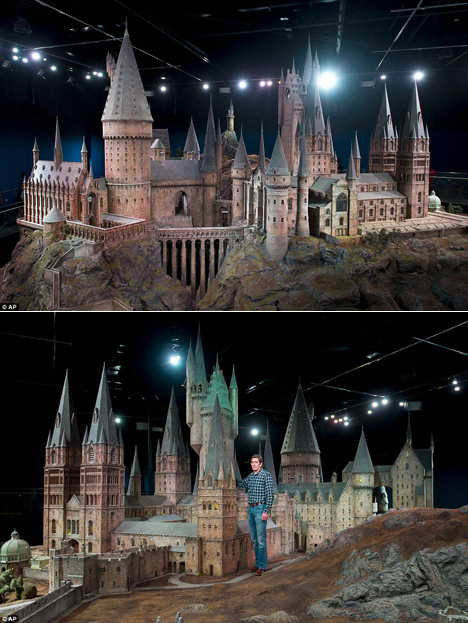 The team at Thinkwell mined the massive storage collection to create "The Making of Harry Potter," an IKEA-store-sized walk-through attraction in Leavesden that takes an estimated three hours to get through. Entire sets were meticulously reconstructed: The airy Great Hall, the Gryffindor dorms, Dumbledore's office, the apothecary-like Potions classroom, the Weasley's kitchen, the entire shopping row of Diagon Alley, and more. 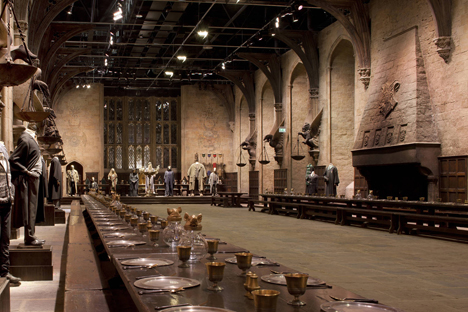 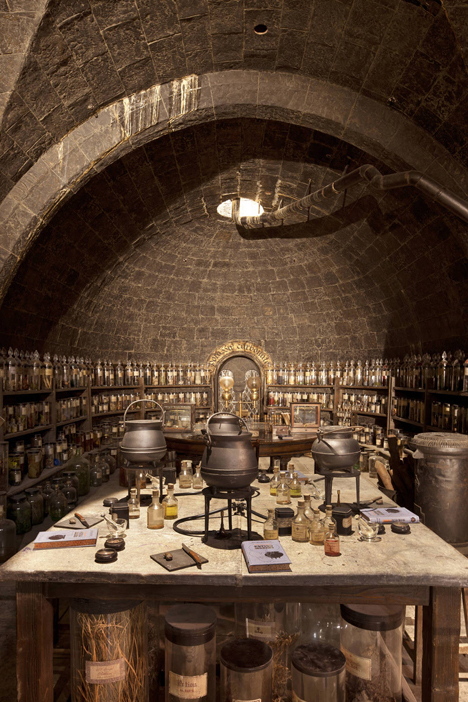 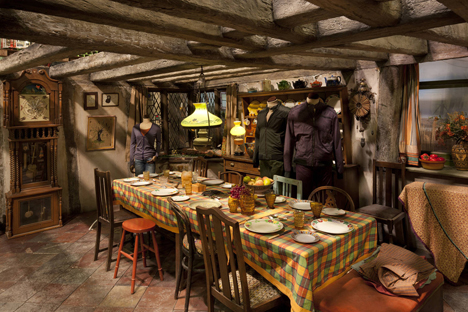 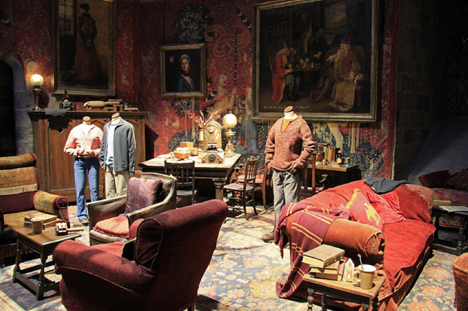 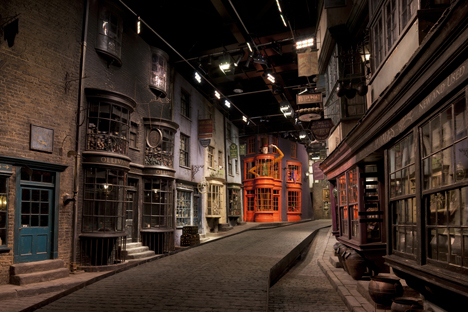 The tour culminates in room dominated by the gargantuan Hogwarts model, which has been rigged up with both interior and exterior lighting to mimic daily cycles; roughly every six minutes the castle goes from day to night, illuminated by an artificial sun that moves across it from one horizon to the other. Interior lights begin winking on as darkness falls.

In the end, this unique studio tour captures the feeling of being on the film's soundstage. It really celebrates the making of Harry Potter, the artistry of the different departments, and the incredible workmanship, as much as it captures the excitement of visiting the sets....

[Says Thinkwell Creative Director Craig Hanna,] "There is no end to my admiration for the artistry and craftsmanship put into even the smallest detail that was built, sewn, fabricated, or drawn by the Harry Potter team."

The attraction is located about twenty minutes outside of London, for those of you in the UK. If any of you have already been to the exhibit, leave us a comment and let us know if it's lived up to the hype. Also—did they play music there? Please tell me they did, and that they contacted Pilot to get the rights to play this song as you entered: