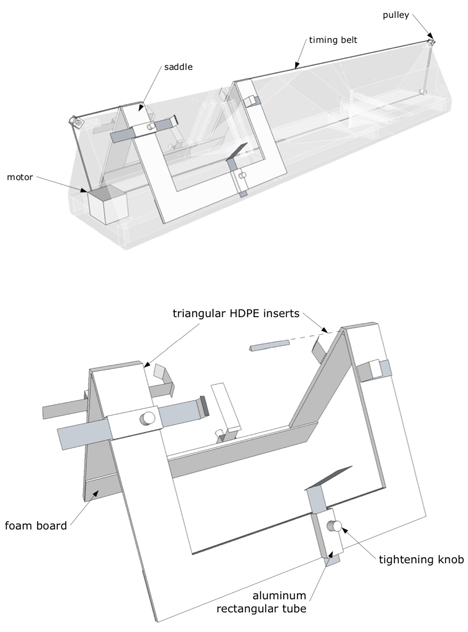 If your place was burning down, what would you grab? I'd leave the most expensive thing I own, my computer, since my data's in the cloud and a laptop can be replaced. Instead I'd go for the old, impossible-to-purchase-today books, and I'd presumably burn to death while frantically trying to carry the stack.

I'd much prefer it if all my books were scanned and living inside a single iPad, but even Google's massive book-scanning project is probably not going to get around to the obscure tomes I have in mind. Google knows that, too. So to fulfill their mission of getting every book on this Earth into digital form, they've pulled a clever move: They've released a detailed design document for how to build a DIY book scanner, hoping to spread scanning tasks out to the masses, with no strings attached (i.e. you needn't then submit your scans back to Google). Presumably their hope is that once scanning becomes widespread, the legal issues will work themselves out later, and the world will by then have a massive library of user-scanned book files to draw on, with sharing specifics TBD.

We've seen DIY book scanning projects before, but they all require manual page-turning--a real time sink. Google's plan features a vacuum-powered page-turning design for a more set-it-and-forget-it scanning experience. (I'm hoping some clever contributor designs something where you can just plug in a Dyson.) 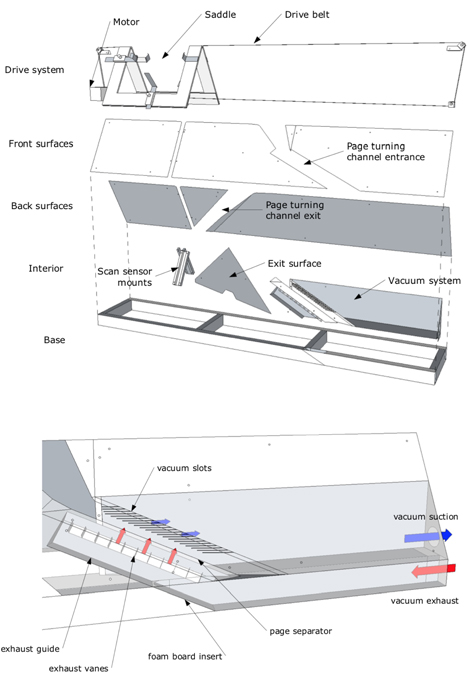 The full design document for Google's "Linear Book Scanner Design" is available as a PDF here. It contains helpful facts, like "Aluminum is not the best material for surfaces, as it leaves a small amount of residue on pages. We suggest stainless steel instead;" has areas where an industrial designer could be of assistance, as in "Many panels shown as separate pieces could instead be made out of a single sheet of metal bent into shape, to avoid seams;" and even fancifully proposes a future version of the machine, that would be super-long to scan many books at once: 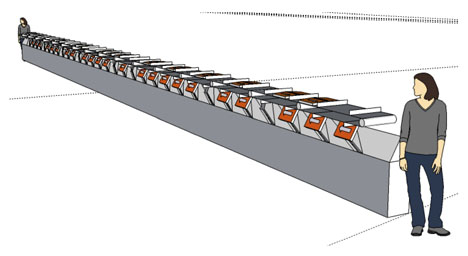 If you want to get involved, or are just curious, here's a Google Tech Talk explaining the project. (Warning: Wait until your boss steps out, or be prepared to watch it in chunks—it clocks in at 30 minutes.)