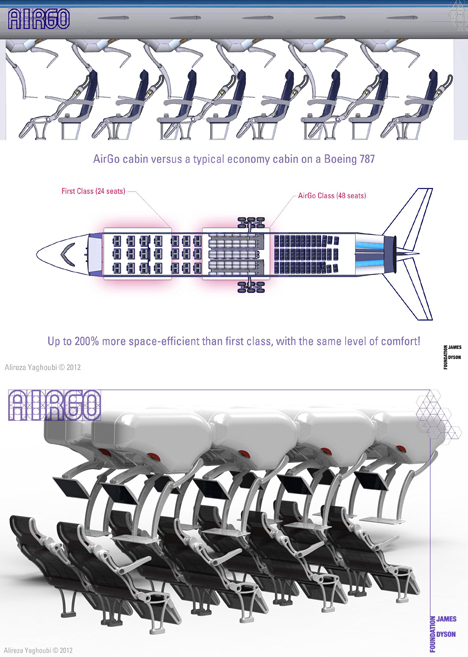 I like the thinking behind this AirGo airplane seating concept, even if I'm not convinced of the design solutions. But that's okay; the concept was proposed by design student Alireza Yaghoubi, and D-school is where you're meant to learn the thinking part. Your future jobs will then beat the practicality into you.

The concept is meant to address the shortcomings of Economy-class air cabin seats, which Yaghoubi points out have designs dating back to the 1960s. Yaghoubi's central gripe is that the passenger's personal space is easily intruded upon when the passenger in front chooses to recline. His solution is to thin the seats, using an unspecified material for the frames and an Aeron-like mesh for the seating surfaces. Trays and flatscreens drop down from the ceiling and remain independent of the seat in front of you. 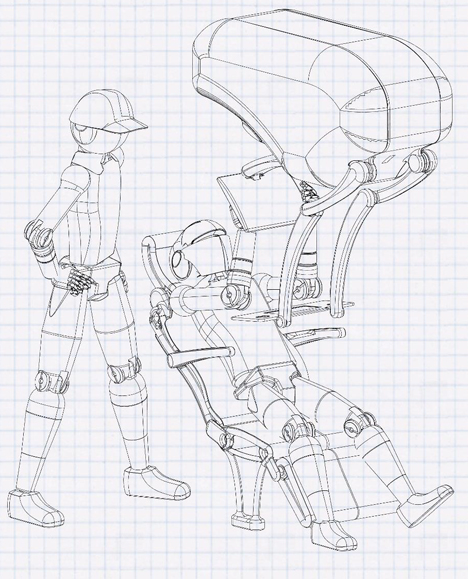 The second issue Yaghoubi attempts to tackle is making the baggage storage one-to-one. Each passenger has an overhead compartment for them, and them alone. This is a fantastic concept, but I'd like to see some drawings or animations showing the loading process, particularly for those in the center seat in one of the three-across rows he's drawn. 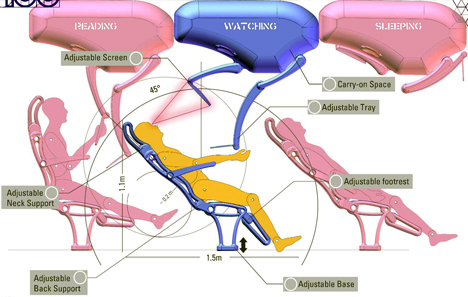 Yaghoubi's designs call for the seats to be motorized for adjustability, though he claims they would be "cheaper to manufacture and maintain." I'd like to see some explanation of how that works out, particularly with the added construction of the overhead mechanisms. I'd also like to see some ergonomic data on the seating/lying angles being proposed. 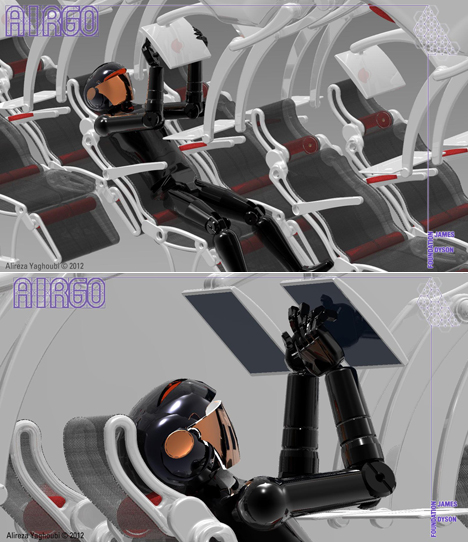 My chief worry about the design has nothing to do with Yaghoubi's intentions, but more with a cynical view of airlines. While the design calls for the thinner seats to maintain the same footprint as existing ones, thus creating more space for the passenger, I suspect airlines would simply place the seats closer together—fitting more bodies and thus negating the design advantages.