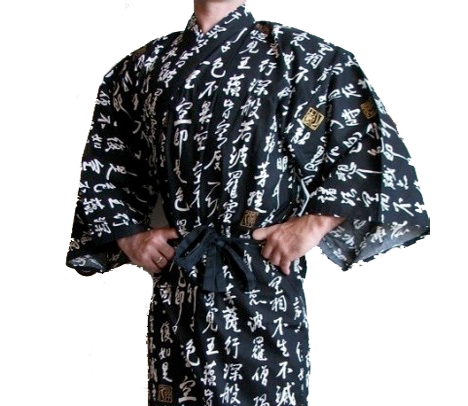 This is the third column in a series on product licensing from materious' Bruce Tharp.

So let's say that you have decided to pursue a licensing contract for your new product idea instead of trying to go into the production and distribution business yourself. You are OK with losing control of the final product outcome, and you are comfortable with the tradeoff of much-less-work for (potentially) much-less-compensation. I say "potentially" because even though going it alone affords a greater percentage of the profit, there is still the issue of "percentage of what?" If you choose the right licensing partner, their ability to sell product through their well-established distribution channels is likely much better than yours. A bigger share of smaller sales can be worse than a smaller share of much bigger sales.

But after the decision to license, the first question that I am almost always asked is, "What's to keep a company from stealing my idea after I show it to them?" Enter the confidentiality conundrum...

The Buddhist notion of the "beginner's mind" is a great way to approach the design of a product; similarly, the Licensor's Mind is also predicated upon an inherent humility. Three of its many tenets are:

I know of many designers that are so worried about someone stealing their ideas that they do nothing with their ideas—they remain buried in their sketchbook (and by "buried," I mean dead). The licensor's mind is comfortable with risk, knowing that there is no reward without at least a modicum of risk. And generally the risk of disclosing your idea to a potential licensee should be far less daunting than risking hundreds, if not thousands of work-hours, and tens of thousands of dollars when going into business yourself.

Of course, willingness to risk does not imply naïveté. For the licensor, there are two fundamental tools of the trade that predicate the opening of the kimono: the Non-Disclosure Agreement (NDA) and the provisional patent application (PPA). In this article we will discuss the NDA, while the PPA will be discussed in a future column.

The NDA, or Confidentiality Agreement (CA), is a tried and true contract through which two parties agree to handle the secrecy of disclosed information. A simple web search will produce many examples, or you can download a few telling contracts from my own experience with actual companies here.The benefit of the NDA is that it is a no-cost way to achieve some assurance that a company will not "steal" your idea. You could certainly have an attorney create one for you, or have them review one presented to you by the other party, but with a little education this is not really necessary given the general standardization of the terms. Of course you should fully understand anything that you sign, and a brief legal consultation may be (relatively) cheap and worthwhile tuition. There are also many books that unpack the language and issues. You need to be educated, but the barriers to proficiency are pretty low.

There are three general scenarios that the designer will face on the confidentiality front. First, and best, is when the potential licensee will agree to sign your NDA. This is less common, but still can happen. This puts the ball in your court and allows you to structure the terms in your own way. While it may be tempting to heavily favor your interests, you need to be fair. The quickest way to sour a deal or negotiation is to appear too self-centered. Just as you would be turned off by a heavily one-sided proposal, so too will they.

But any time you deal with an attorney, it is very important to set limits. If you just say "I need you to draft an NDA," then you could get a 10-page document and a bill for many hours of work. Instead, first discuss the potential billable hours, knowing that tweaking a short boilerplate NDA could safely take one hour, maybe two if they spend the time to explain it to you in detail. After this, you could probably use it again and again.

The second, and in my experience, most common encounter, is when the licensee has their own NDA that they want you to sign. Most of the time I have found these to be fair. If there is something that is worrisome or peculiar, you can ask to have it changed. Often, especially with the larger companies, they are reluctant to do so, since upper management vets these forms; the contract represents the level of risk the company is willing to take when dealing with outsiders. Another reason companies are reluctant to alter these is because if they have embraced open innovation, then they have to manage hundreds if not thousands of idea submissions. Having to deal with one in a special fashion could prove problematic to their evaluation processes or systems. But still, you should ask if you are not comfortable with any details.

Not necessarily, they may just be risk averse—remember that they have more to lose than you do. They may be on the hook for millions of dollars just to defend themselves against malicious or naïve law suits. You risk losing your idea, which might eventually have some potential for greatness, but is almost always essentially worthless without significant development efforts and dollars. Keep in mind that even when patented very few ideas make money—a BusinessWeek interview with a patent office representative estimated that of the approximately 1.5 million patents in effect in the United States, only 3,000 were commercially viable.

These one-sided NDAs should not necessarily be seen as a deal breaker, but you should proceed with caution. This is where alternate forms of protection, like the PPA or other intellectual property can be helpful. Dare I say that there is never just one potential licensee for your new product idea, so you may want to approach companies with these non-confidentiality contracts only after trying your luck with those that have better agreements.

The third situation is when a company will not sign any NDA. Again, this does not necessarily make them a bad company that looks to steal ideas. There are many companies who are inventor-friendly that rather not incur the risk of a misunderstanding. It is important to know that many of these companies see the same ideas over and over again—many identical, many with only minor changes. (As a design professor I see the same, or very similar, "new" ideas from students year after year.)

Let's suppose you submit your idea to a company and it is rejected, only to see them introduce something similar next year; you may be outraged. But remember the first principle of the Licensor's Mind—your ideas are not as unique as you think. They could have already been developing the idea in-house prior to your submission, another designer may have submitted the idea before you or the idea may already be, unbeknownst to you, in the public domain. And of course there is a lot of gray area in what exactly, in part or whole, is novel, derivative, inspired, etc.

So, yes there is risk involved in showing your work to others. And yes, as a licensor, over my career, I do expect to at some point to have someone cross over the line and infringe on my ideas (if indeed they were novel to begin with). But overall the risk has proven to be well worth the reward. And our legal and patent systems have provided means through which to mitigate risk with the NDA and the PPA. Designers just need to spend a little time learning the rules of the game and to strategize appropriately. So don't let fear or paranoia stand in the way of getting your ideas out of your sketchbooks where they can serve society. Maintain the humility of the Licensor's Mind, and fear not the calculated opening of the kimono.